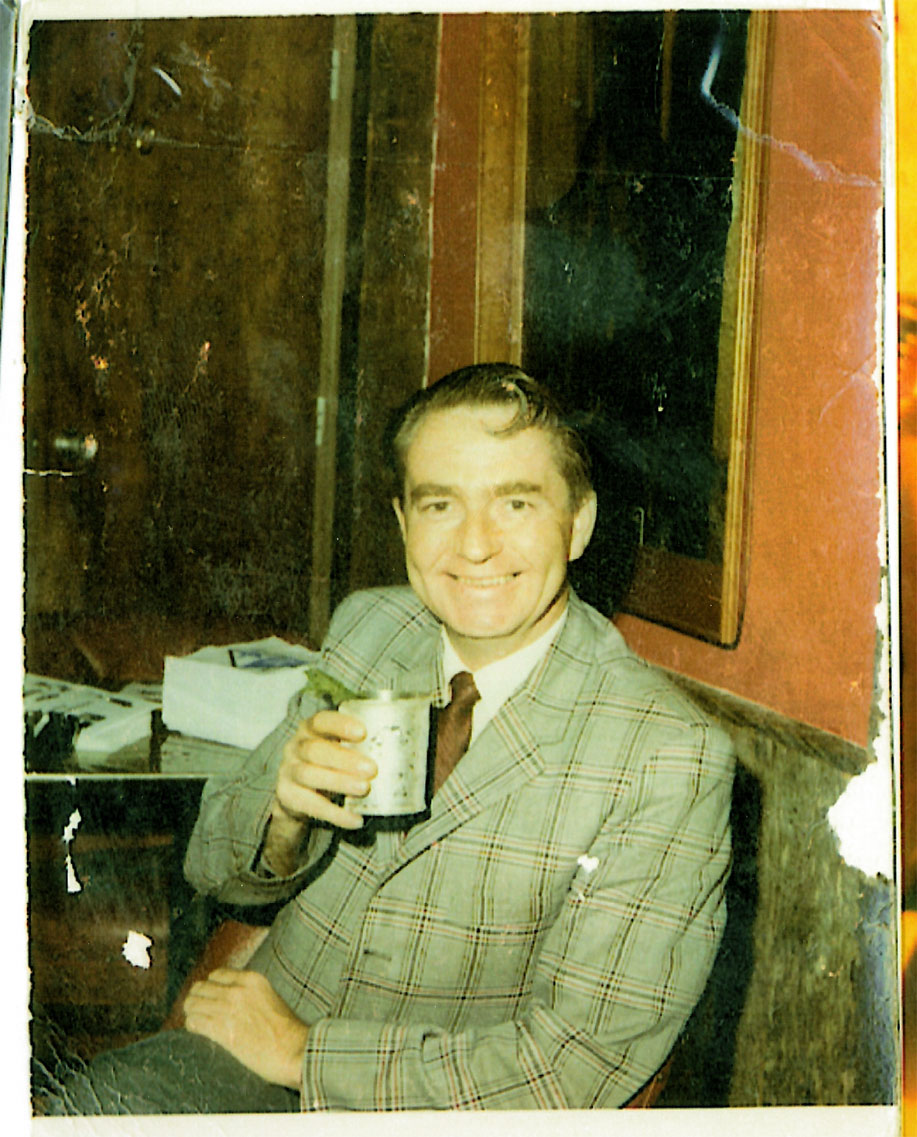 This is a cool camera. The images I’ve gotten so far are kind of funky. Exposure and focus are pretty good but the color balance is nuts. I think it’s the expired Impossible Project film — every batch gets better but it still doesn’t have the stability or shelf life that Polaroid’s integral films had. Yet. Scanned on a 600DPI Canon MF8350, straightened, and cropped. 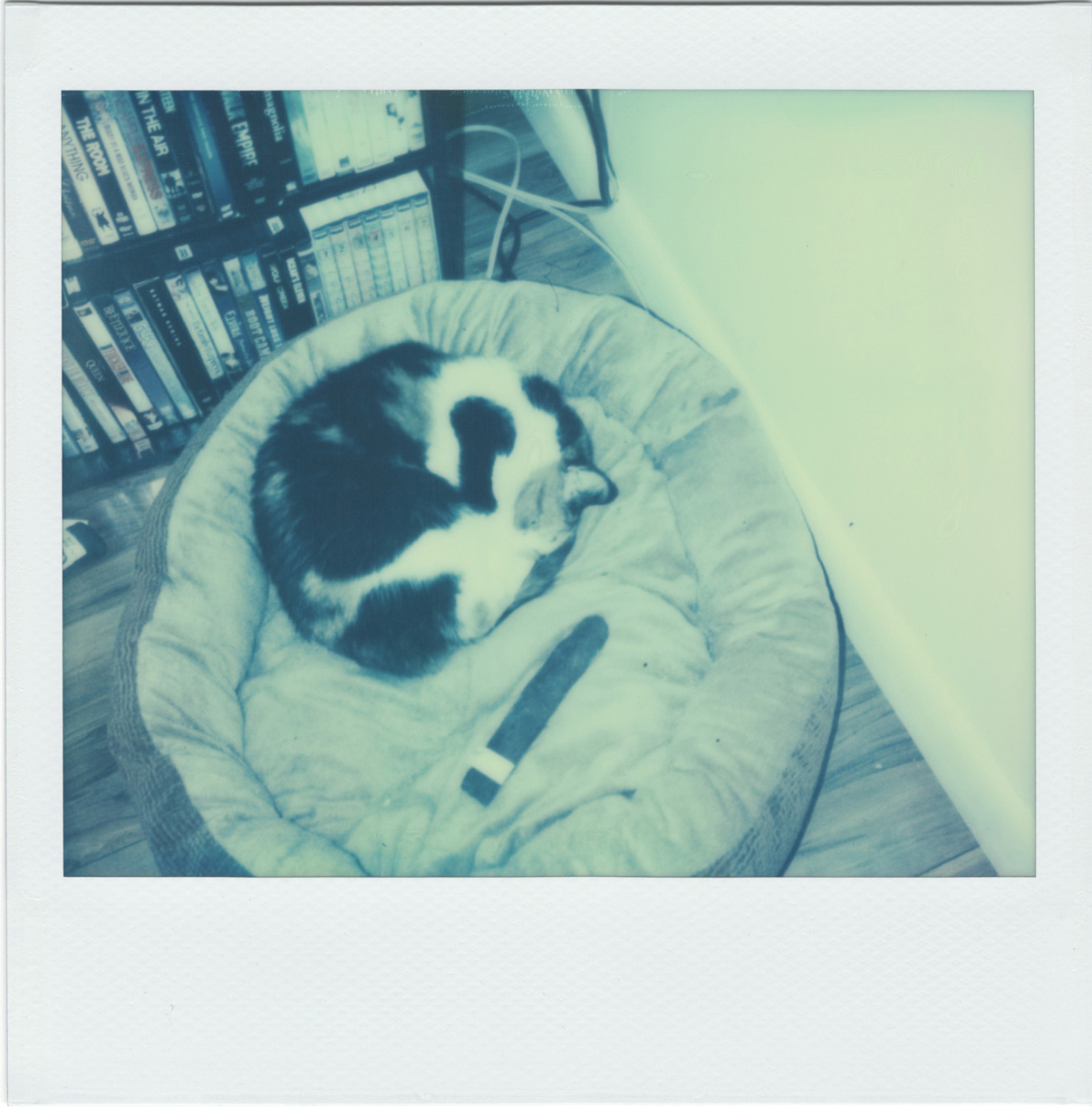 Zoe on her bed. No special features used. It’s a catnip cigar ya perv. 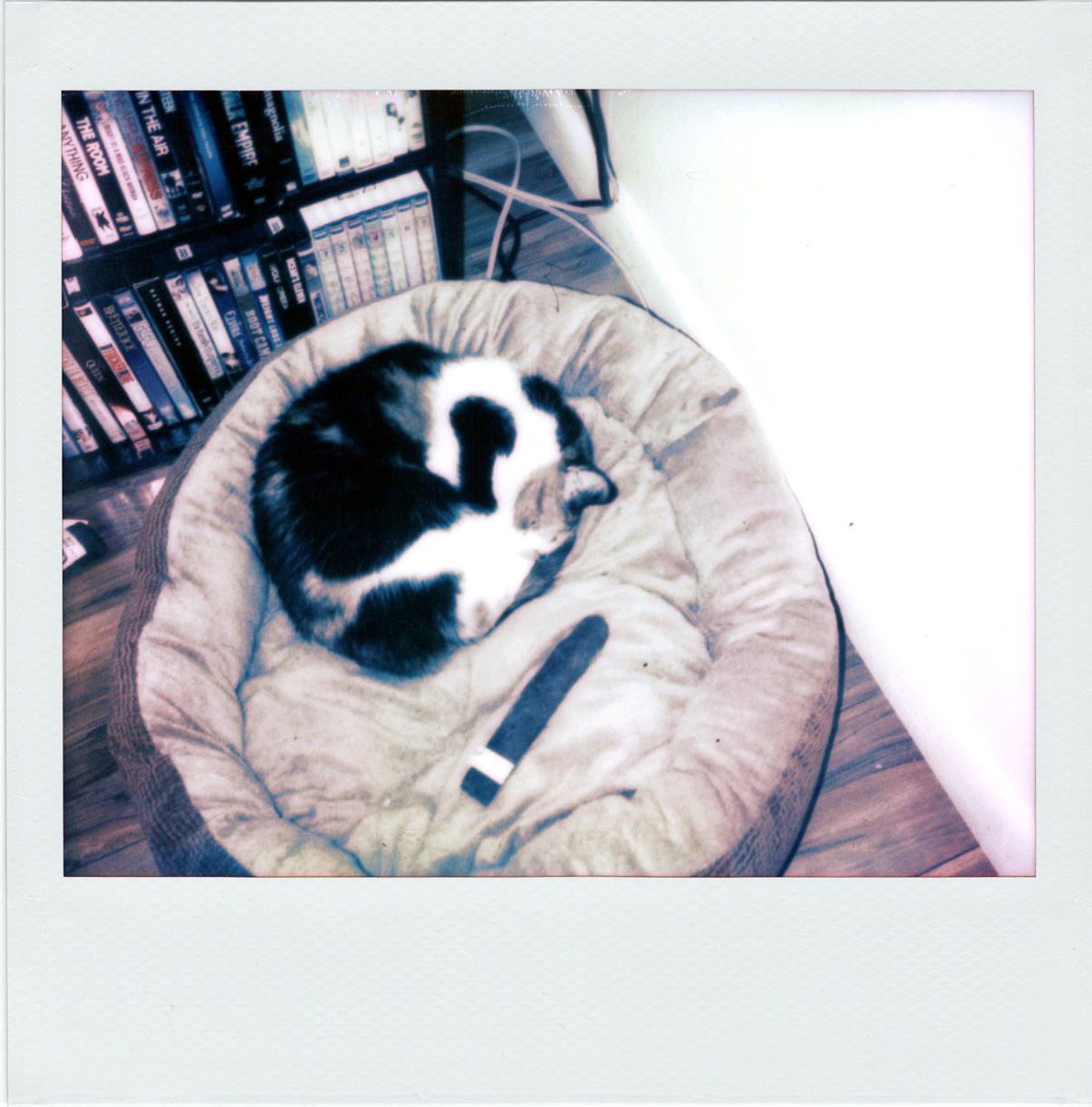 Color balance and levels. To get enough red to make her fur the right color, the wall is red too. 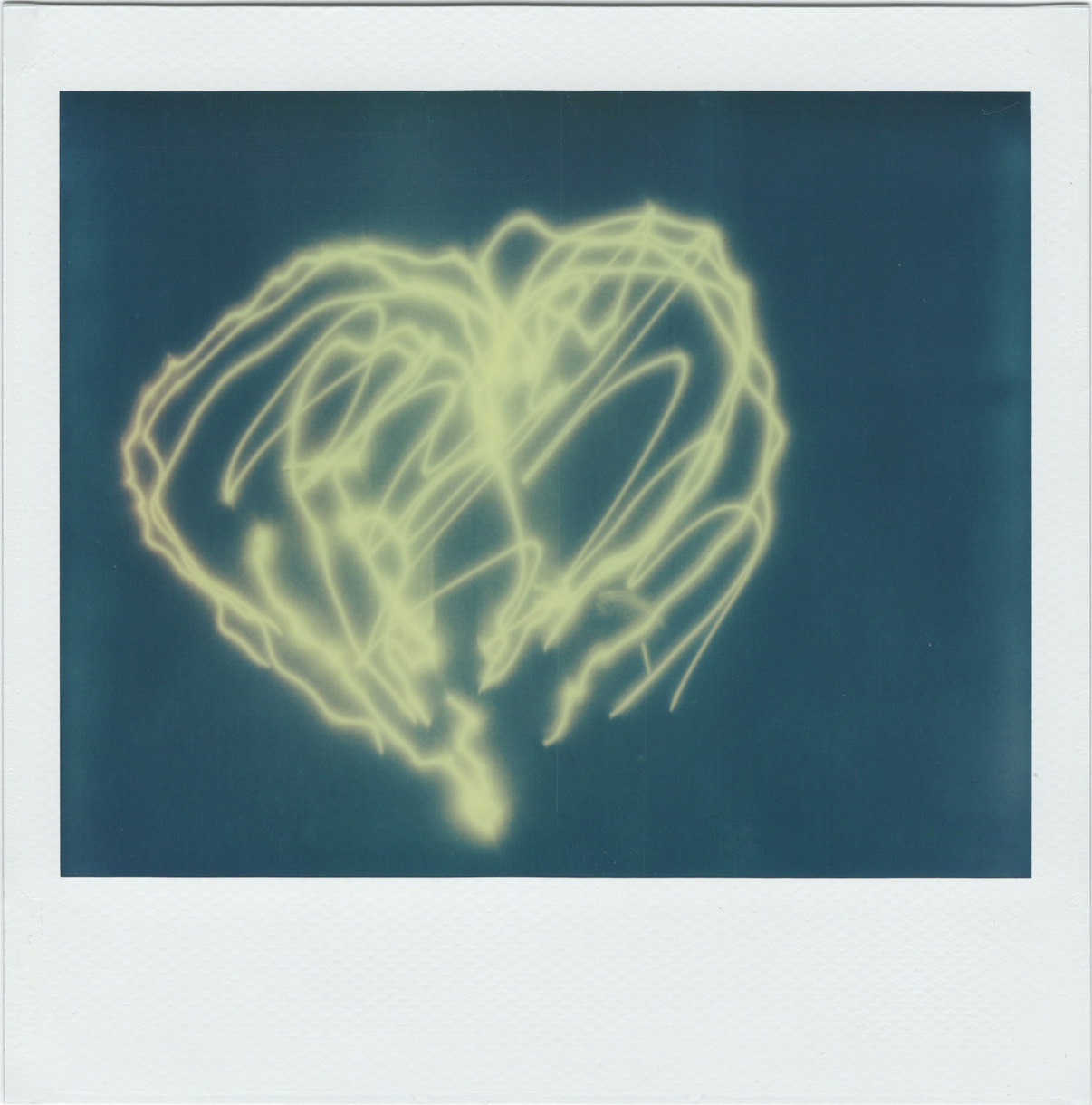 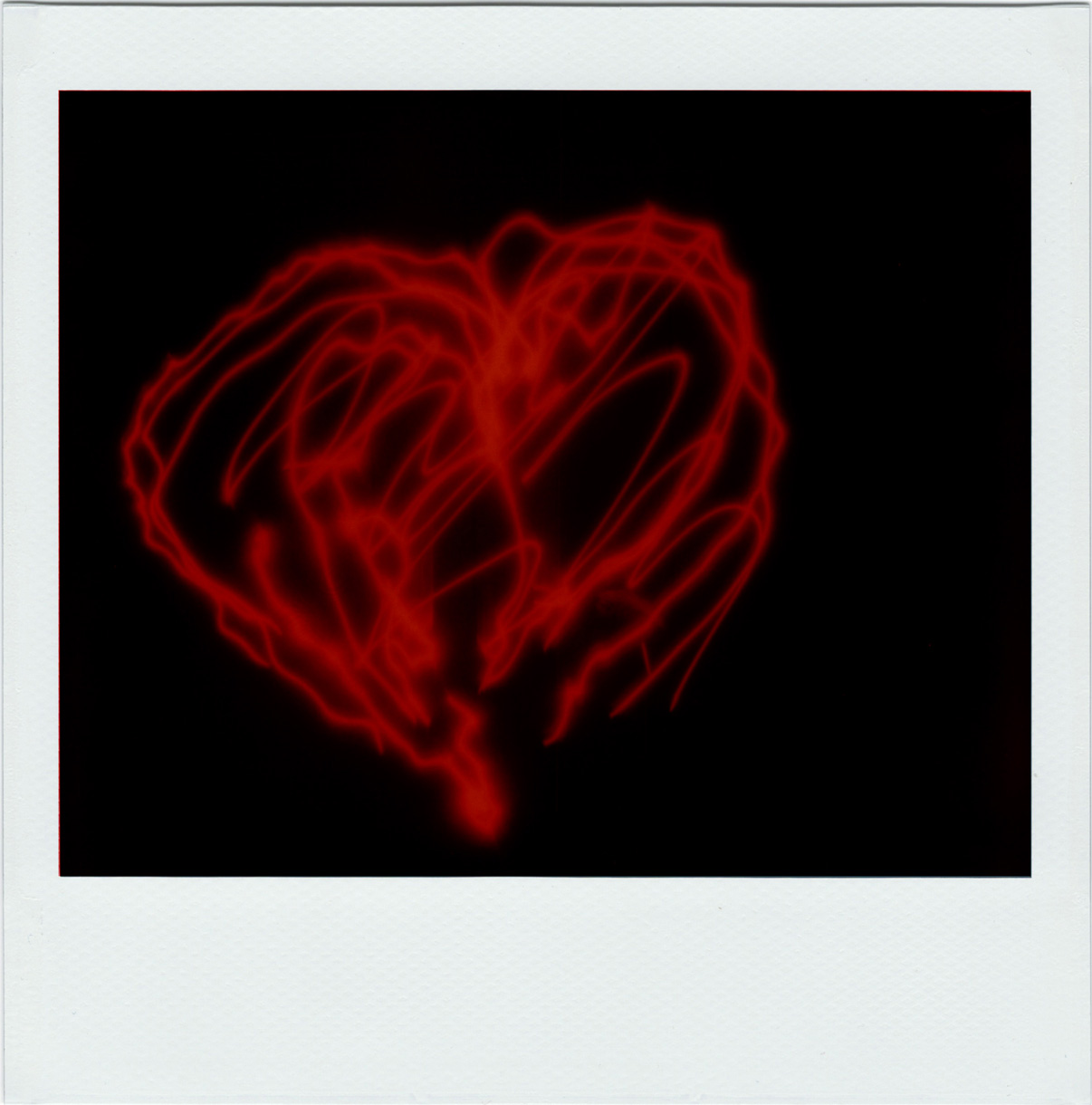 This is more like what I saw. Happy Valentine’s Day! 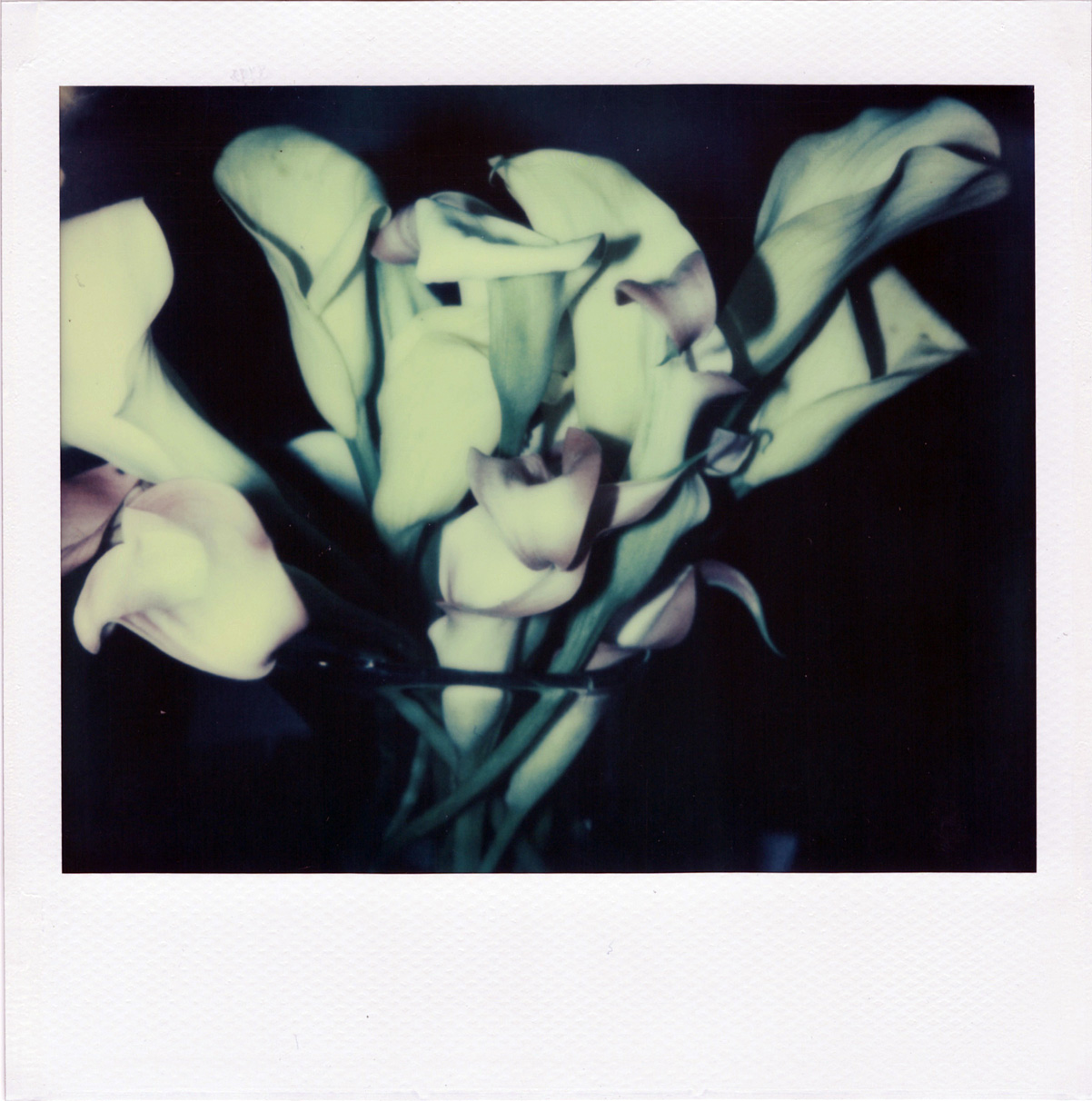 Close up lens. Darkened a bit. Some are yellow and some are white but it wasn’t captured. 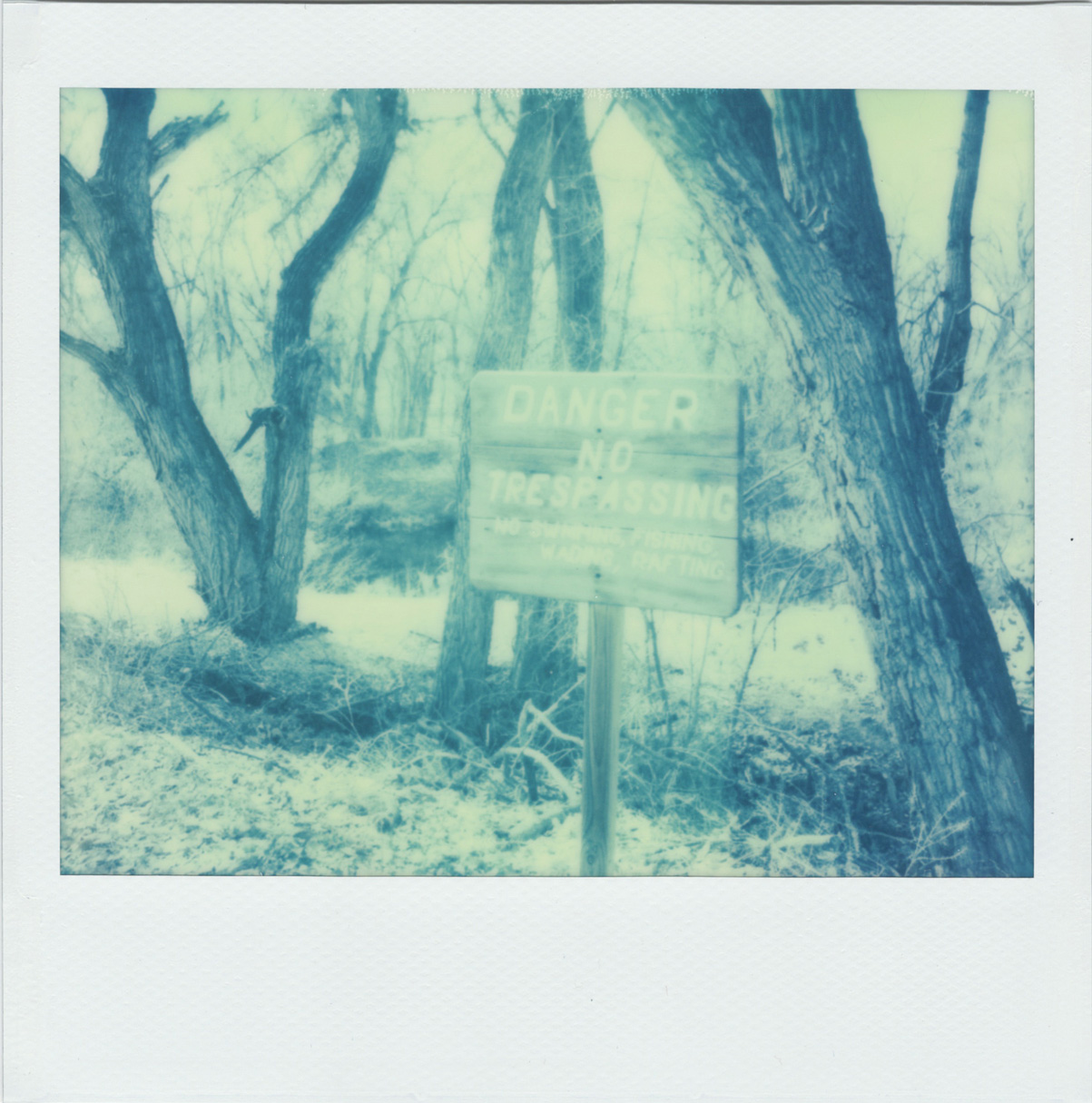 A gloomy day and I let some light hit the print trying to get it into my pocket. 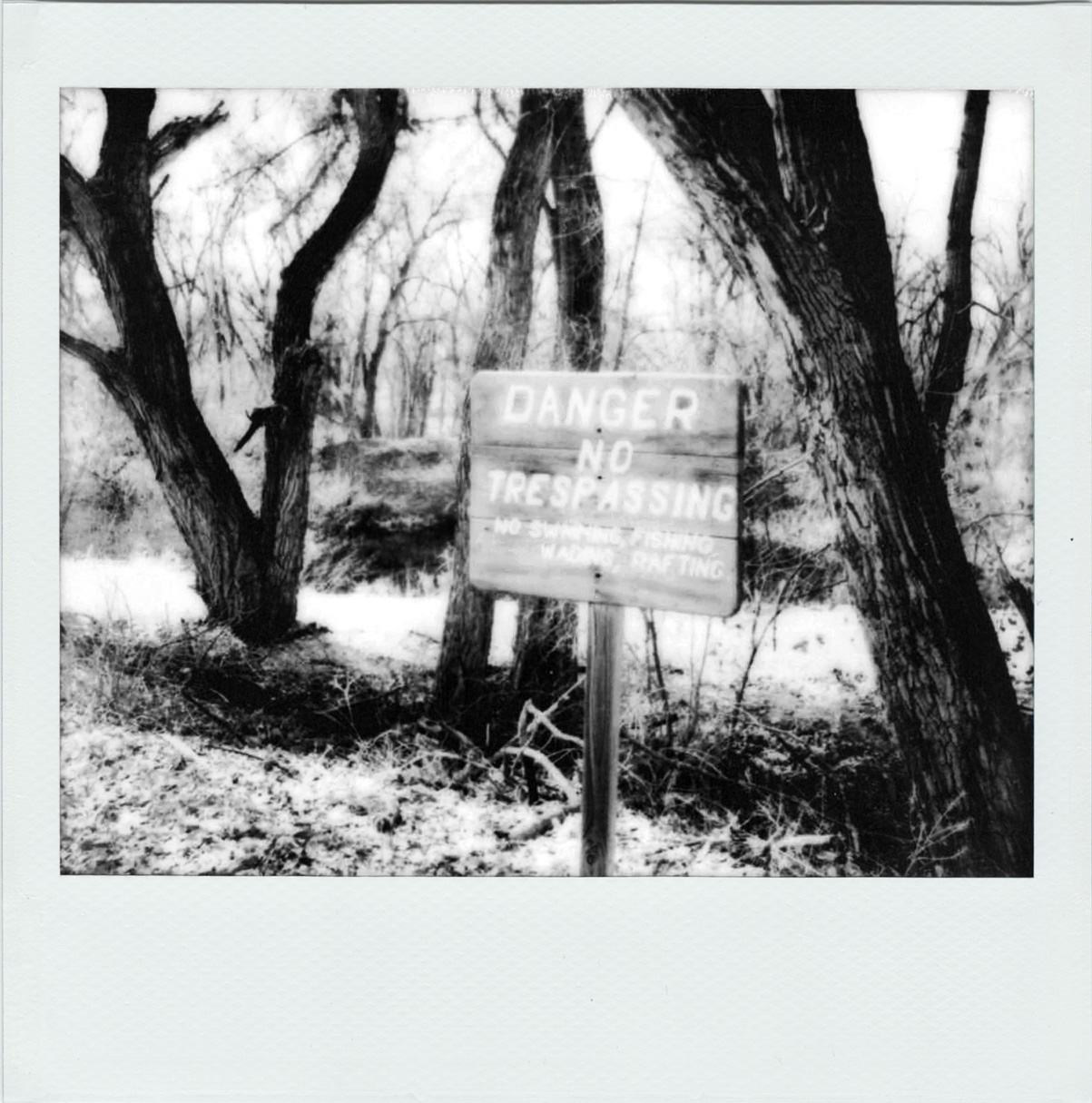 Converting to B&W with a digital infrared filter makes a creepy image.

A viewer on the 52 Cameras channel on Youtube has a Maxxum and the film counter stays at ‘0’. I ran through a few checks on mine that might be helpful.

First, the easy stuff — check that the batteries are fresh and making good contact. The LCD can be on when there’s not enough juice to run the film transport motor. LCDs are very low power compared to motors. Some people recommend against it, but I’ve had good results cleaning battery contacts with a pencil eraser. If the contacts are really corroded, take off the battery holder, take out the batteries, and soak the holder in white vinegar. When it stops bubbling, rinse it off, dry it thoroughly, and try again. 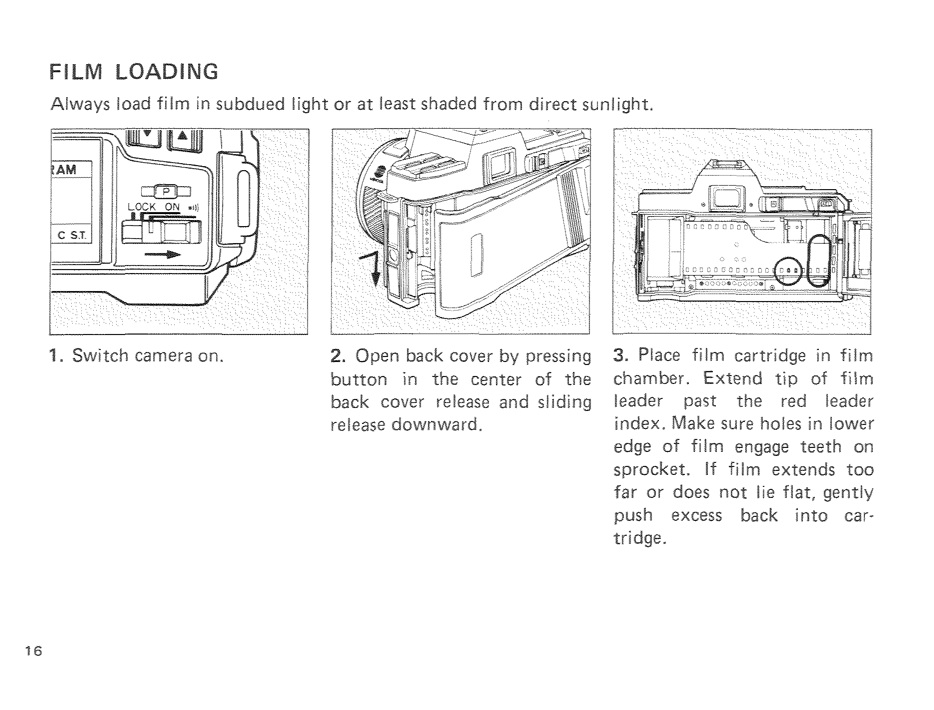 Page 16 from the manual says to turn the camera on before loading the film. 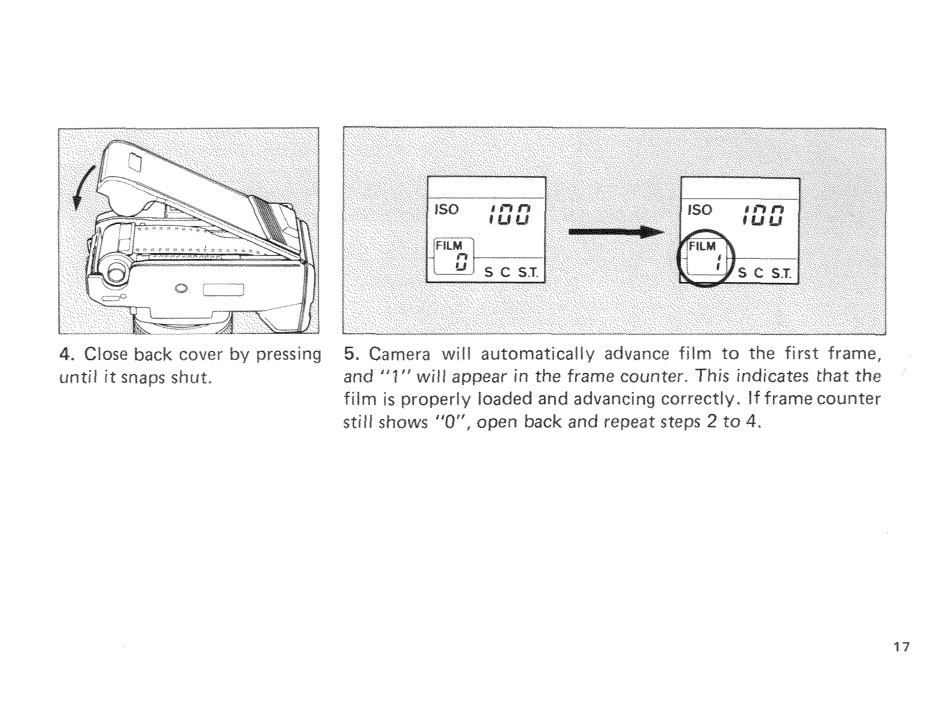 If the film isn’t laying flat, it may not engage the teeth on the sprocket. 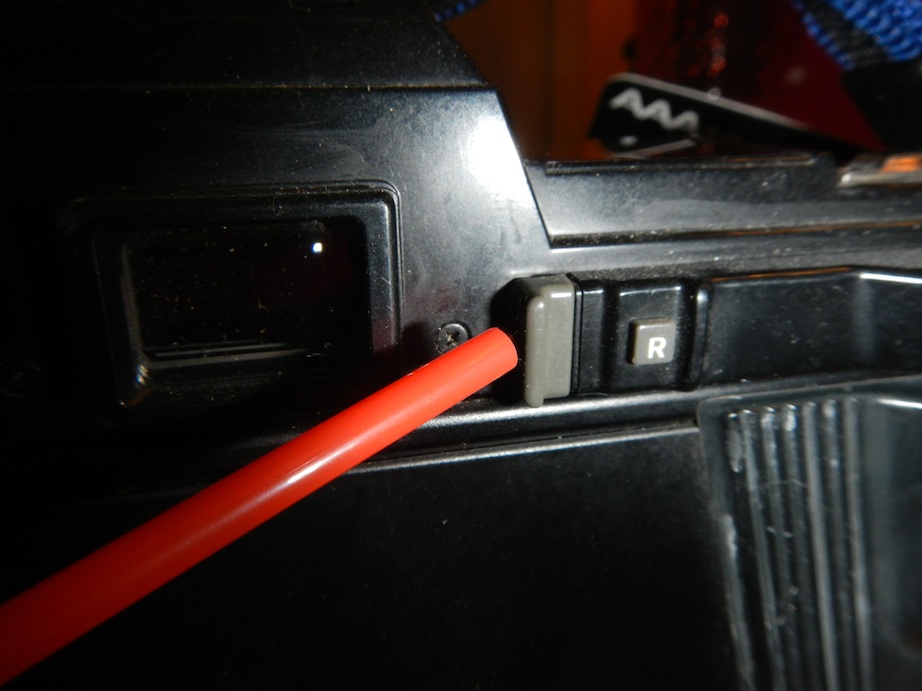 Make sure the rewind switch is pushed back to the right. It’s not dangerous, I’m just pointing with a straw. 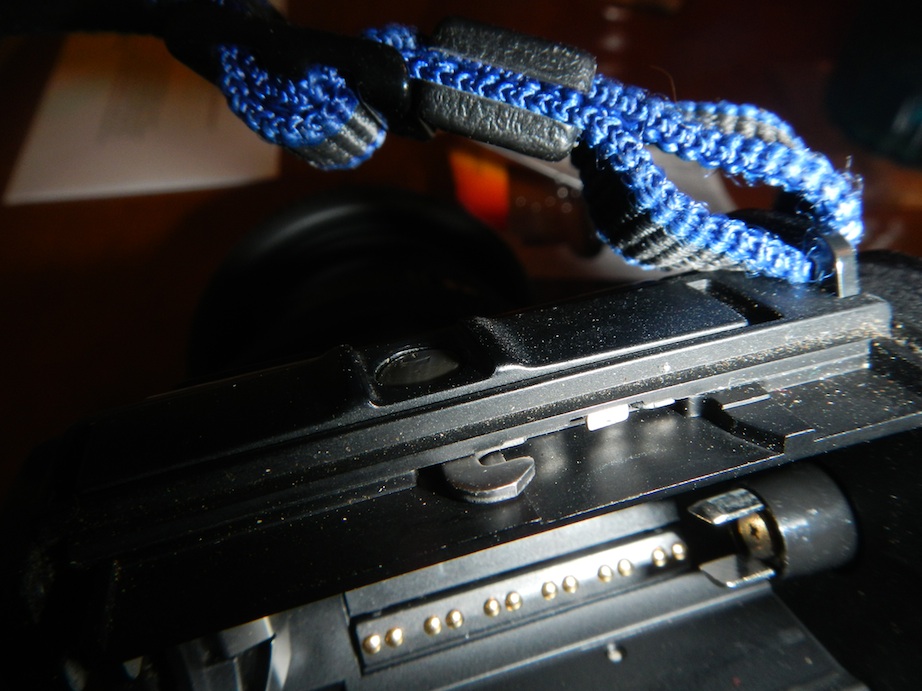 The hook that holds the back closed also hits a switch that tells the camera the back is shut. 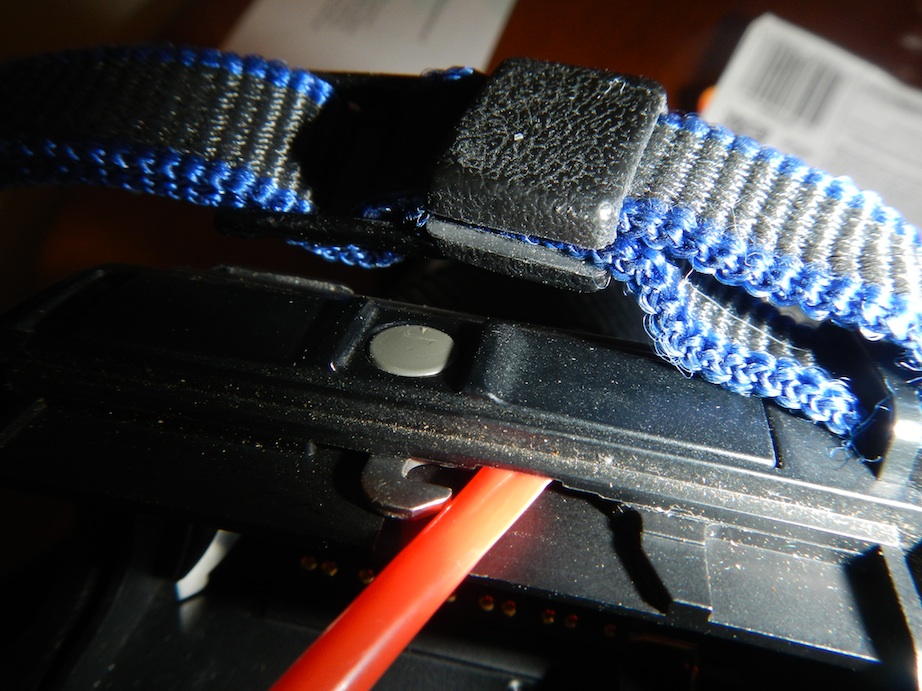 When you push it in, the camera thinks the back is closed.

Open the back, turn the camera on, and push the back catch with something small like my trusty cocktail straw. Watch the sprocket — it should turn. With no film, my camera tries four times. You’ll need to push the button and slide the back release down so you can close the back again.

Last, there is a little roller on the inside of the camera back. It should turn freely so it will hold the film against the take-up spool.

That’s it for checking and verifying things I can think of. If anyone has more tips, please chime in in the Youtube comments. I was invaded by spambots and had to turn comments off on the blog.