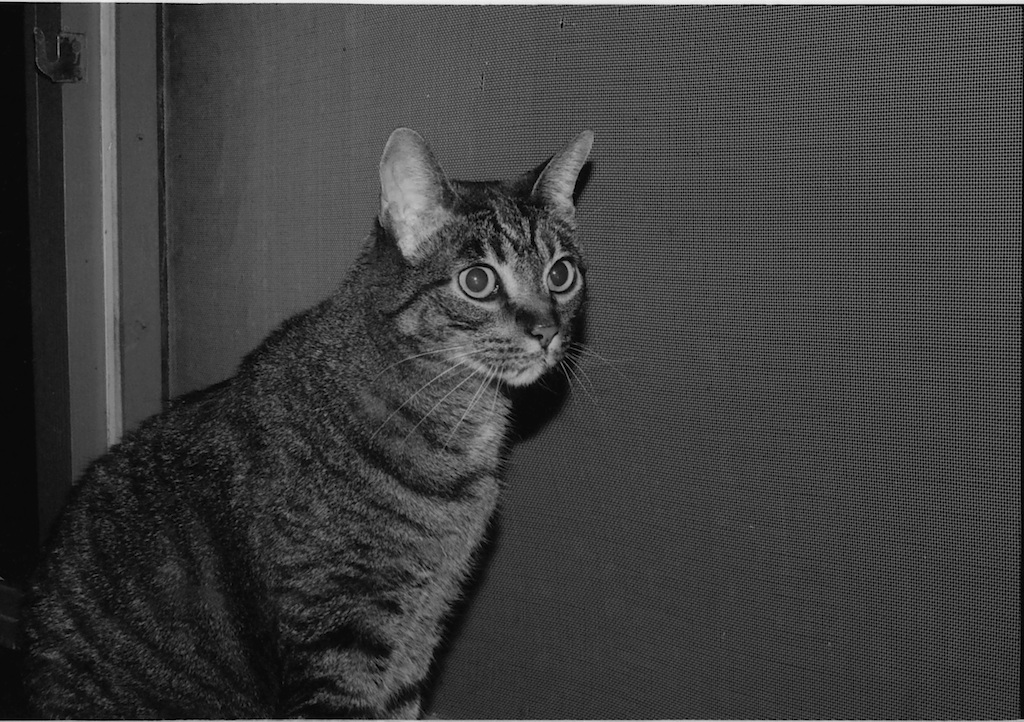 Goober is one photogenic fellow. 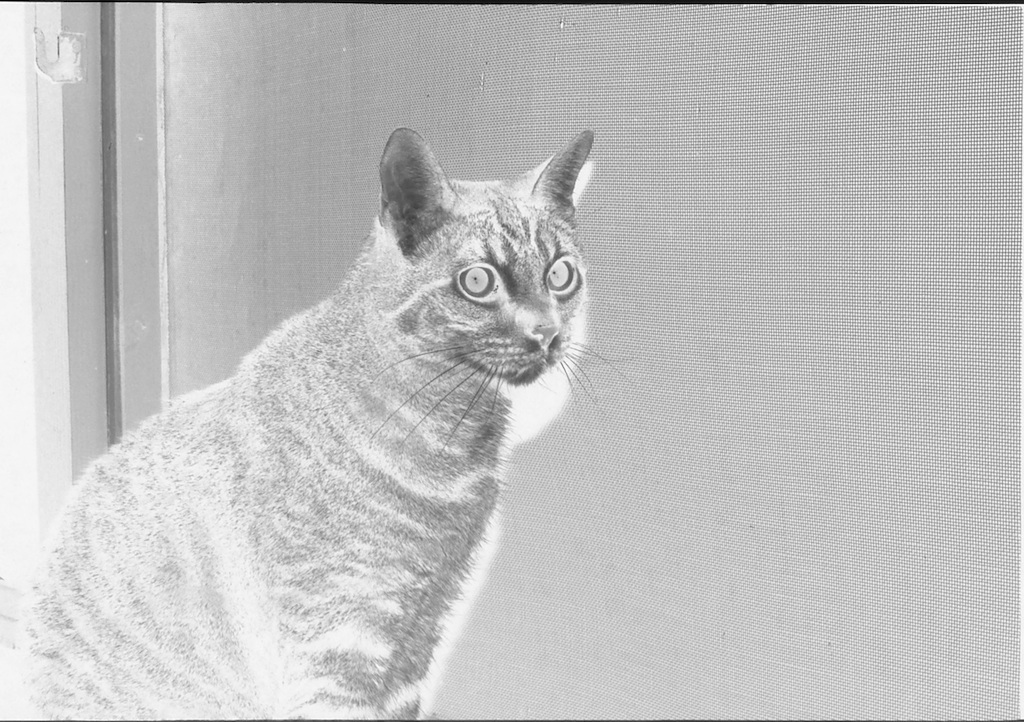 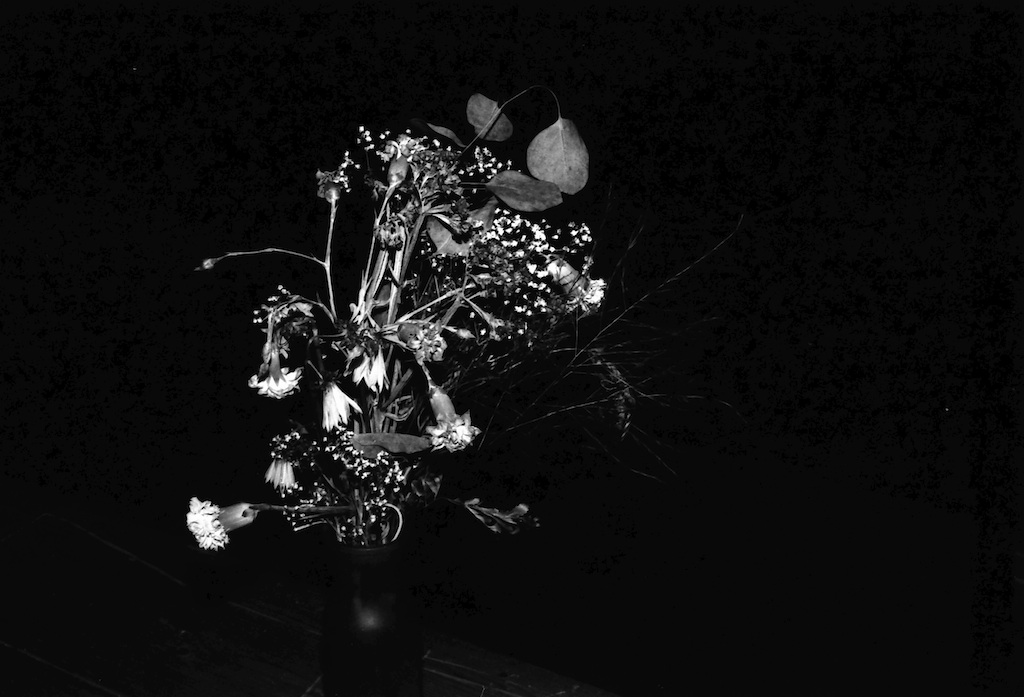 Appropriate for posting on Memorial Day. 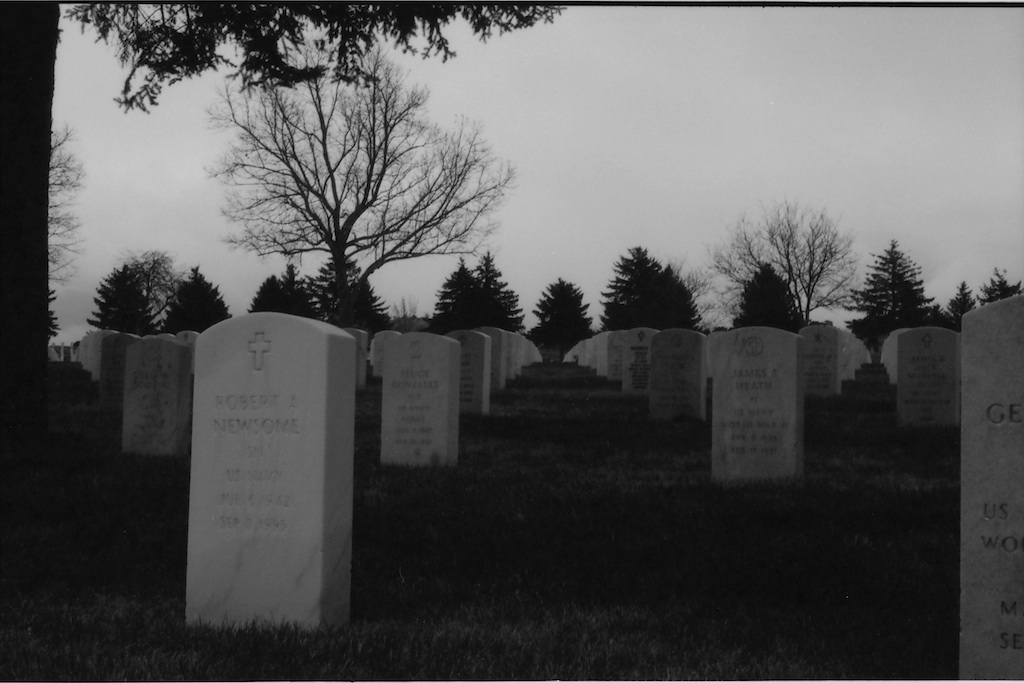 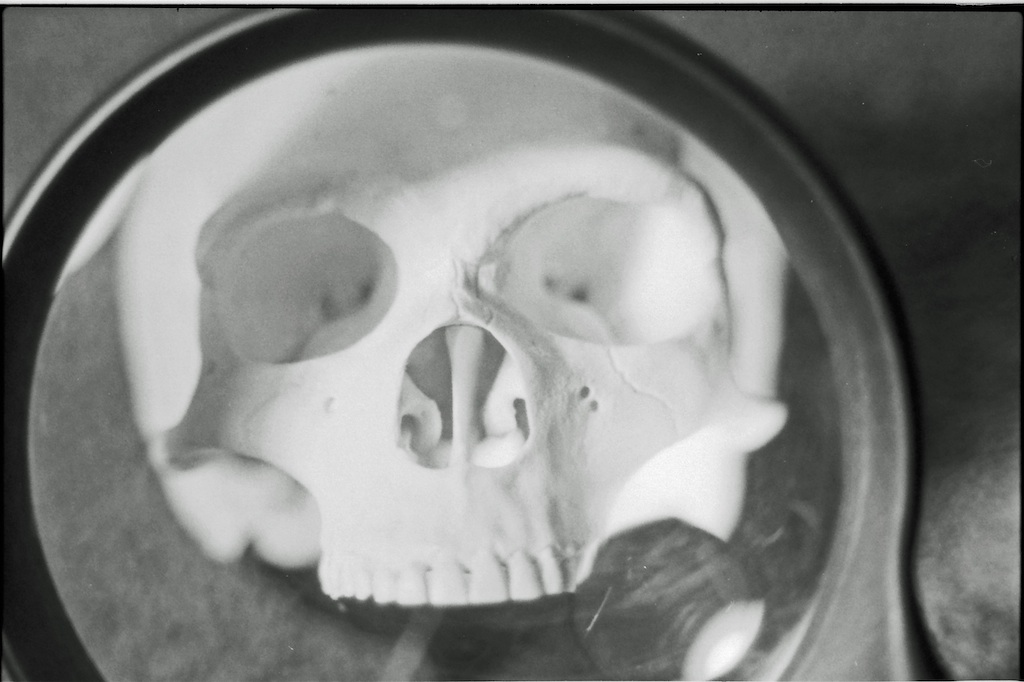 More fun with the Neanderthal skull.

The Kodak 400 was in bad shape — tons of grain and it needed a lot of color correction. 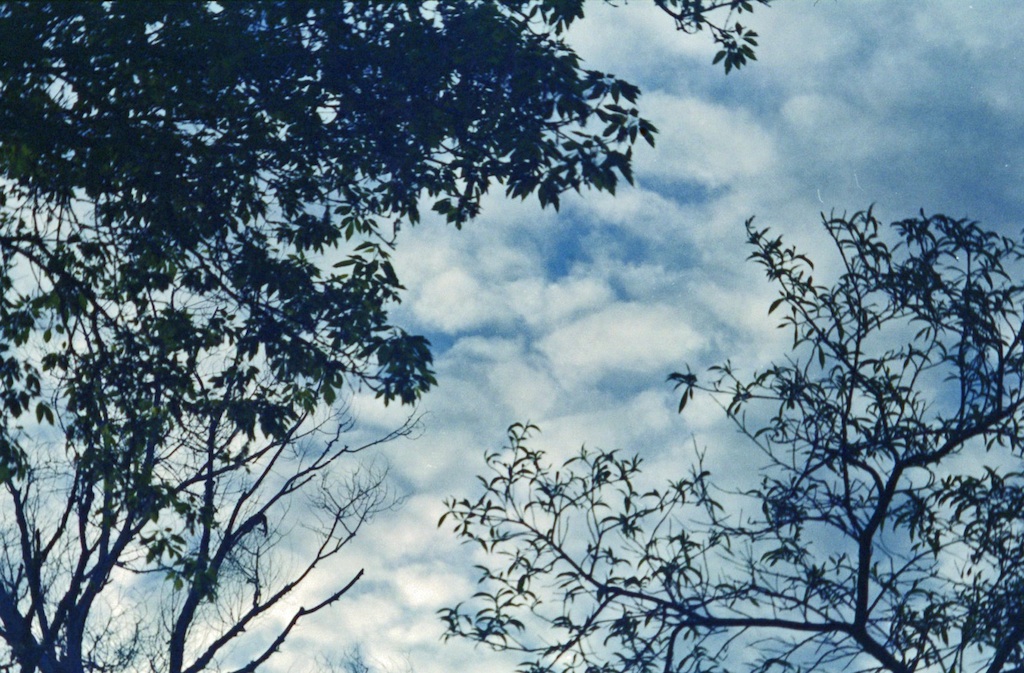 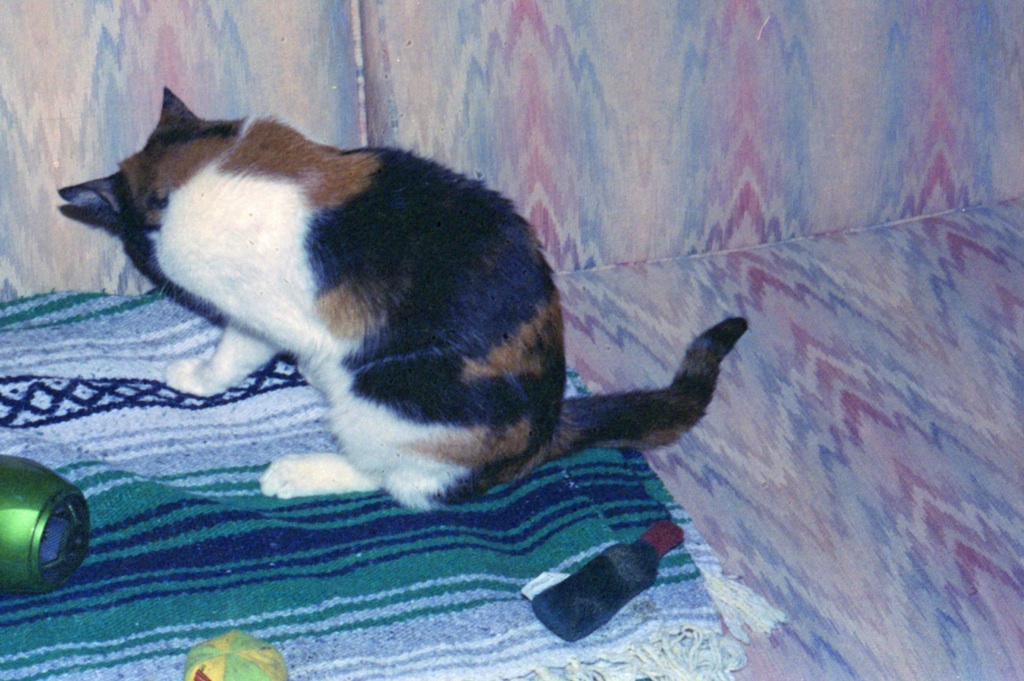 Zoe is always awesome even with crummy expired film. 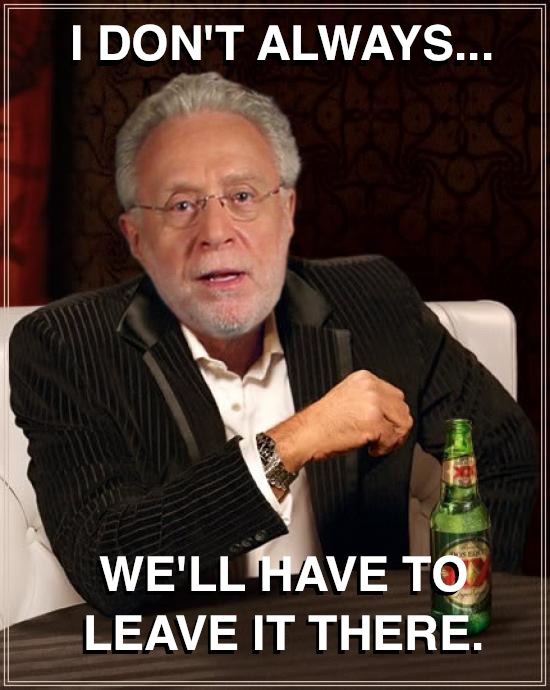 He is… The Most Constipated Man In The World 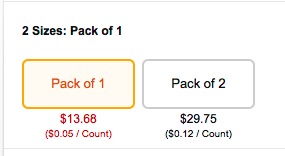 I guess enough people are bad at math.

I bought a Kodak Instamatic 104 as part of a camera lot and it came with a Kodachrome-64 cartridge. I had tried processing Kodachrome as black and white before but got nothing. I tried again using Kodak HC-110 and Ilford Rapid Fixer and the film had some retrievable images. 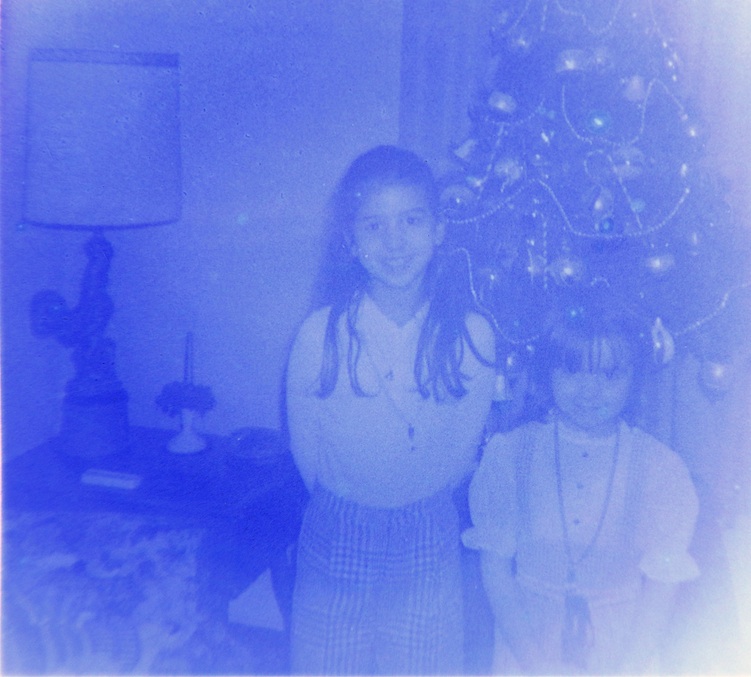 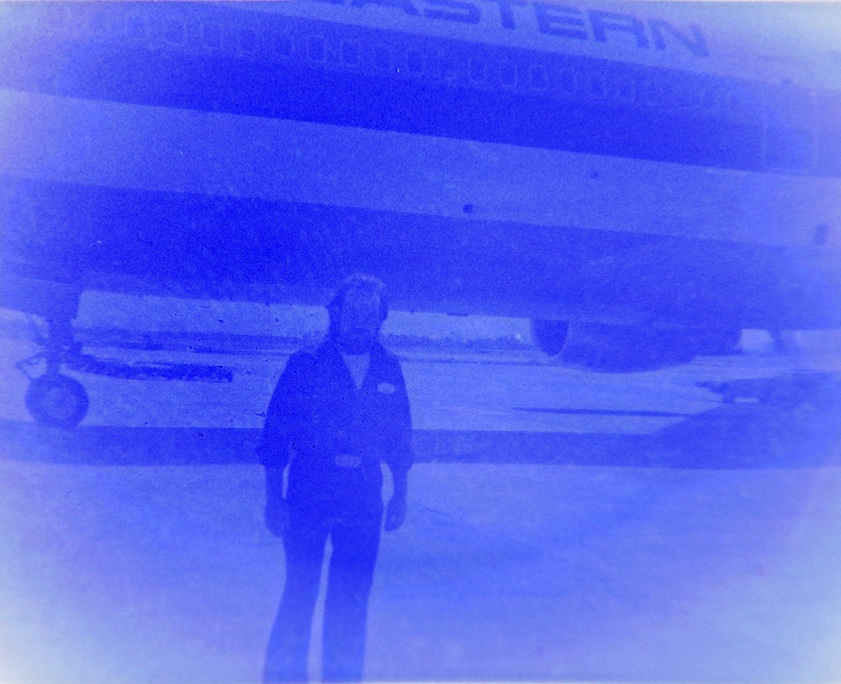 Looks a bit like Richard Karn as Al on “Home Improvement”. 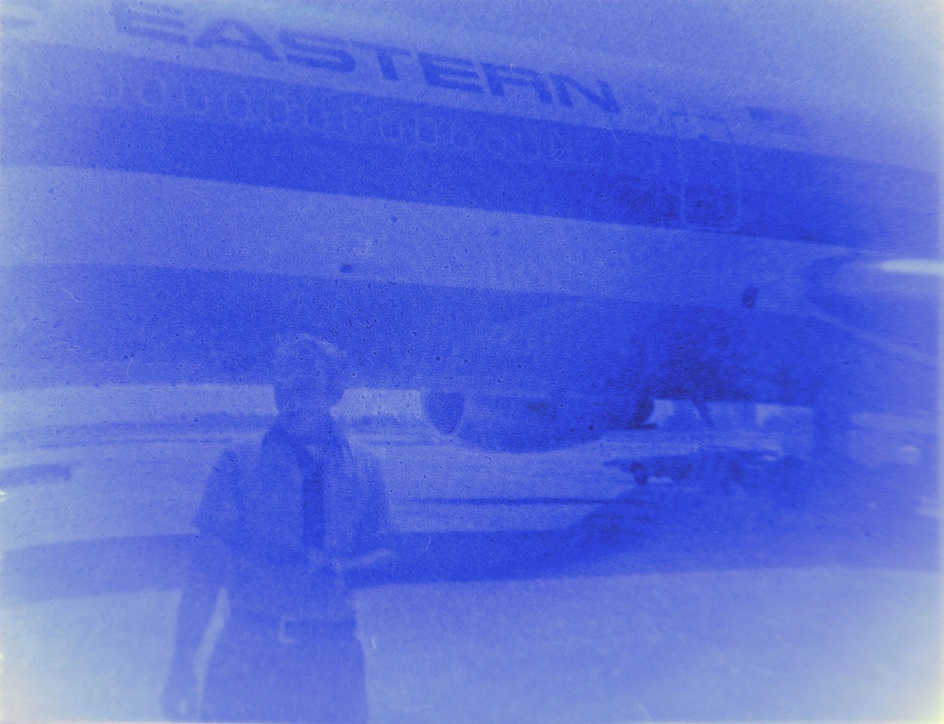 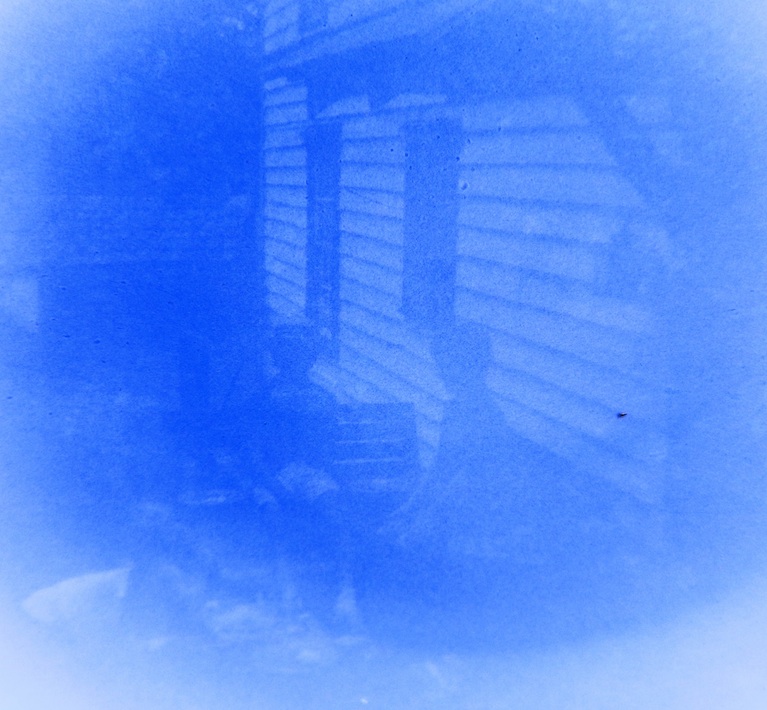 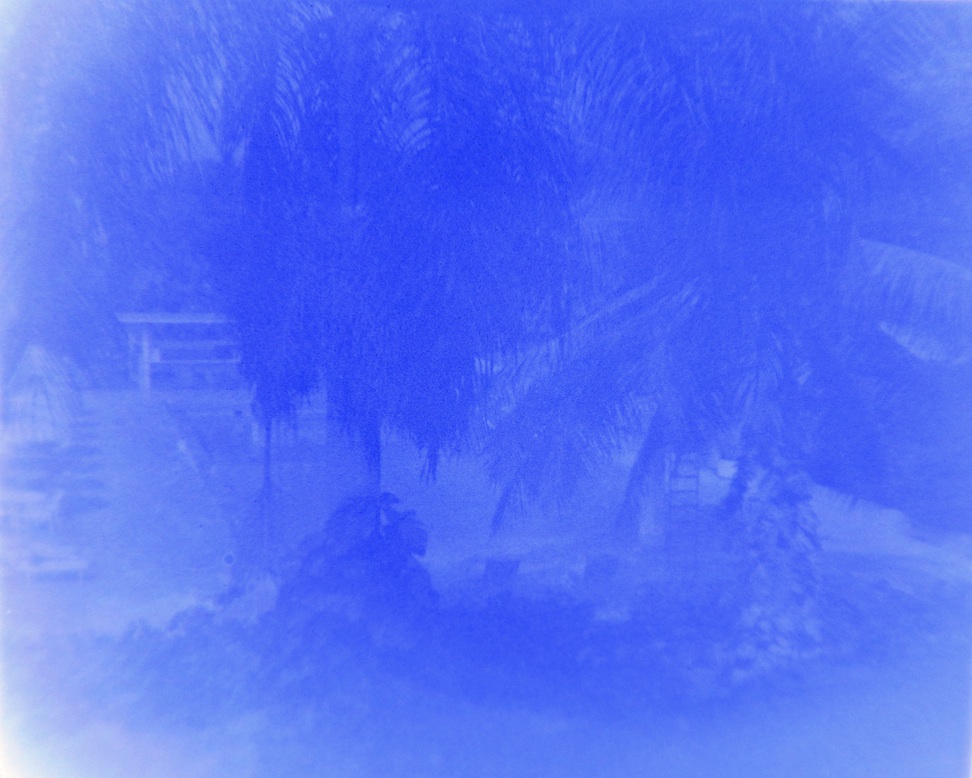 Processing Kodachrome as black and white creates really dense negatives, even after removing the anti-halation layer. I didn’t have to do anything special to get the remjet off — a pre-wash did most of the work and an extra-thorough rinse at the end did the rest. The negatives are also really orange which is why the digitally inverted negatives are blue.

My scanner couldn’t transmit enough light through the negatives to get anything useful. Even normal use of a slide projector wasn’t bright enough. I ended up putting individual negatives in a slide frame (Kodachrome is also really thick and really curly) and taping it over the front of the slide projector lens. I used macro mode on the Nikon AW100 to photograph the negatives. I shot at an angle so the pattern of the bulb didn’t show through and de-skewed in Photoshop. The light wasn’t consistent across the frame so there is some vignetting, showing as a lighter halo when the images were inverted.

I found a couple of articles about bleaching the negatives using C-41 bleach or fixer with ascorbic acid. I’ll try that when I can and add results here.

All except running water rinses at 20C/68F. Yankee tank with 2 adjustable reels using just the lower reel. Any 35mm setup will work. 126 is the same width with different perforations.

For the pre-wash, I ball-parked 68F using my finger under the tap and ran water into the tank for 2 minutes. A lot of yellow water with black flecks came out at first. Drained and set the timer for developing.

Kodak HC-110 dilution H. H is an unofficial dilution. It’s 1/2 strength dilution B for twice the time. 1 part developer to 63 parts water. Instructions say to use at least 6mL of developer per roll so I used 6mL developer syrup and 378mL water to get the right ratio (total developer solution = 384mL). Continuous inversions for the first minute and then 15 seconds of inversions every 3 minutes for a total of 20 minutes. Drained and got more yellow liquid and black flecks.

Kodak Indicator stop bath mixed at a strength of 16mL/L (5-6mL for 340mL). 2 inversions and then sit for 1 minute. Drained pretty clear. I never reuse the stop so I don’t use the indicator. I’ll have to reuse some just so I know what the indicator color change looks like.

If I was going to reuse the fixer, I’d add a rinse here. I wasn’t so I didn’t.

I sometimes use the temperature control bath water for rinsing if I’m sure I didn’t get any chemicals in it. It’s already at the right temperature. I filled the tank and inverted 5 times and emptied it. Refill, invert 10X, empty, and then the same with 20X inversions. I usually stop rinsing here but I was concerned about the remjet backing so I added ~3 minutes under running water to be sure.

After the rinse, I added a few drops of Kodak Photo-Flo, refilled the tank with water, inverted a few times to make it nice and foamy, drained, squeegeed with my fingers, and hung it to dry.

Even at 4800DPI, these are small negatives to work with. The vintage of the film — Kodak was the last holdout and gave up in 1999 — doesn’t help. This disc (using the preferred spelling for the film format) is Fuji. No idea when it expired. 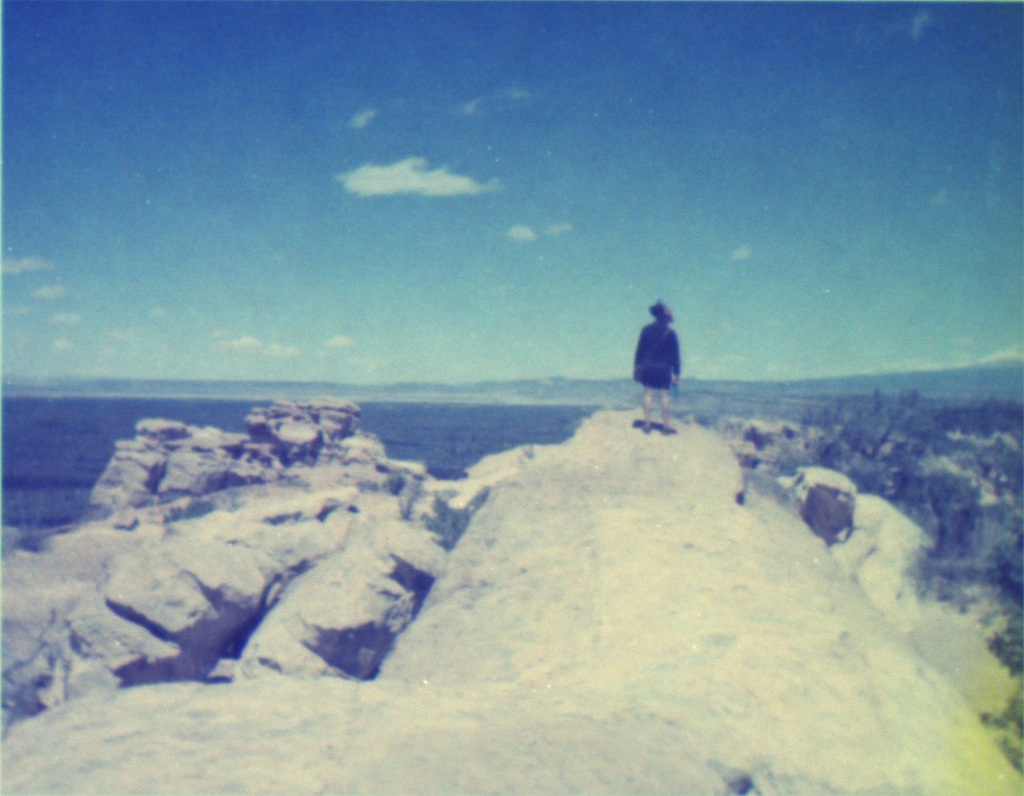 On the Sandstone Bluffs at El Malpais National Monument. 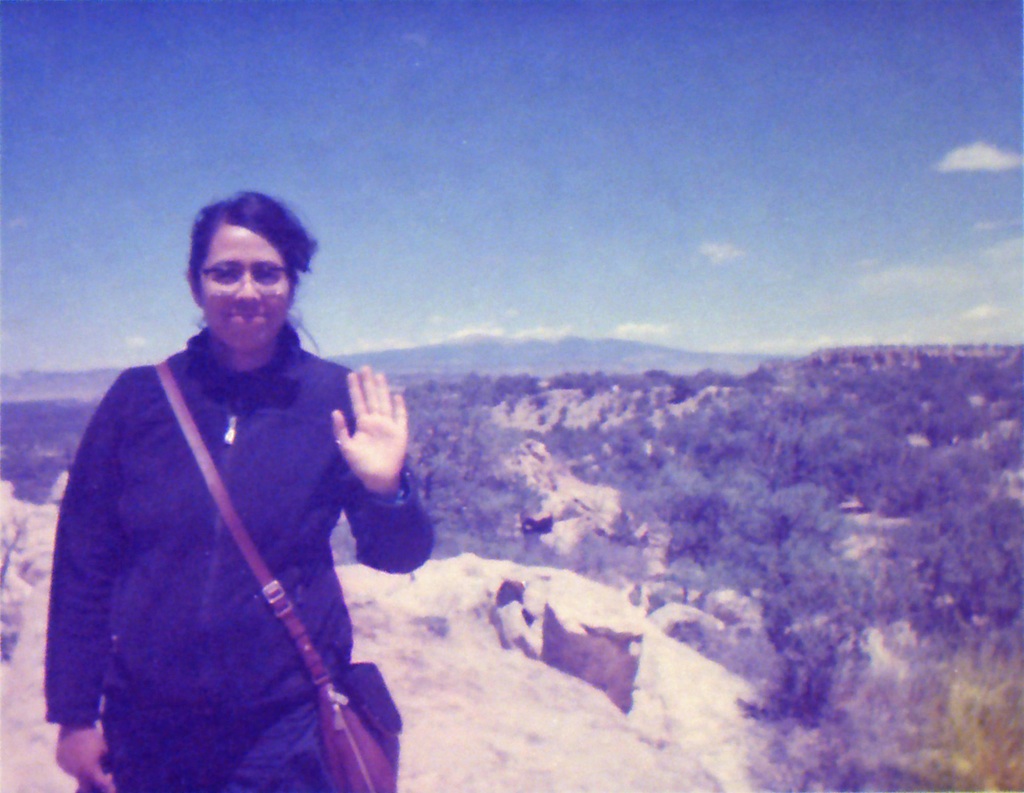 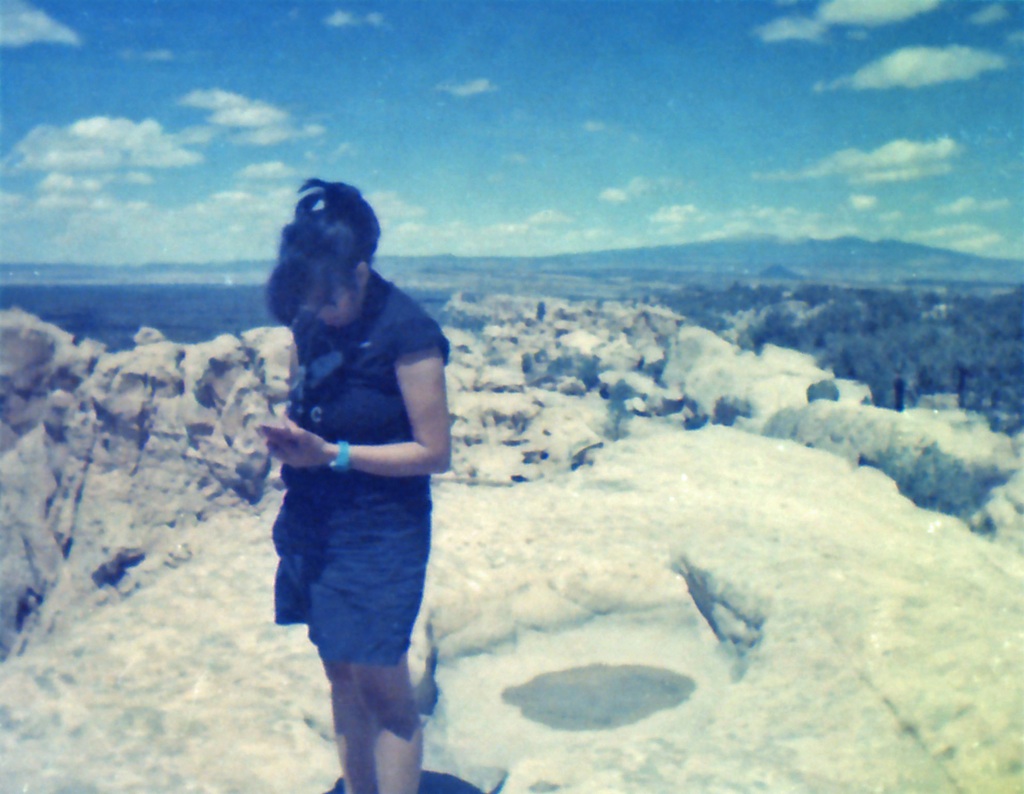 Not checking texts, she was taking photos of the evaporating pools. 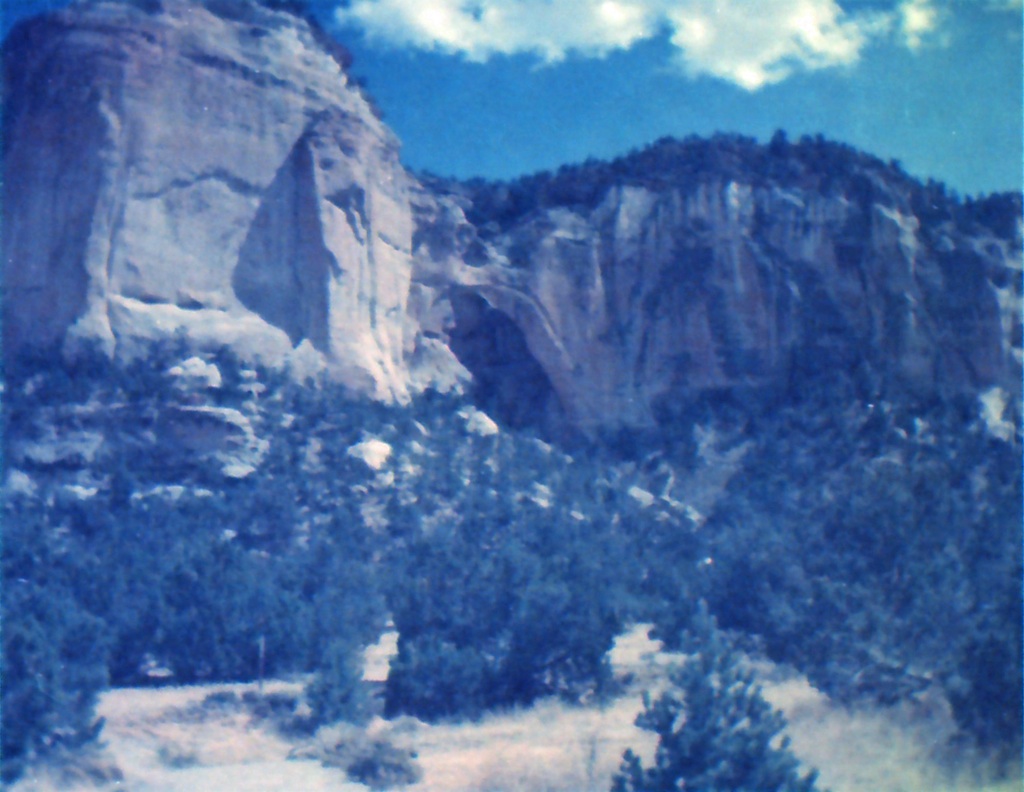 On the way to the arch.

Exposure tweaks on the first two. 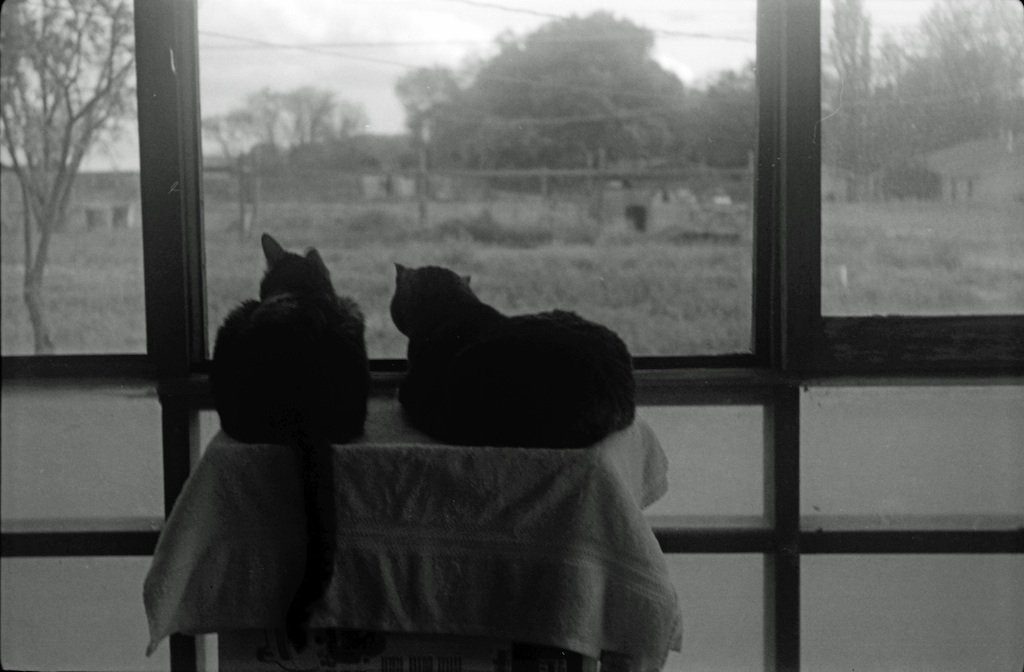 Goober and Jem. I seem to take this same picture a lot. 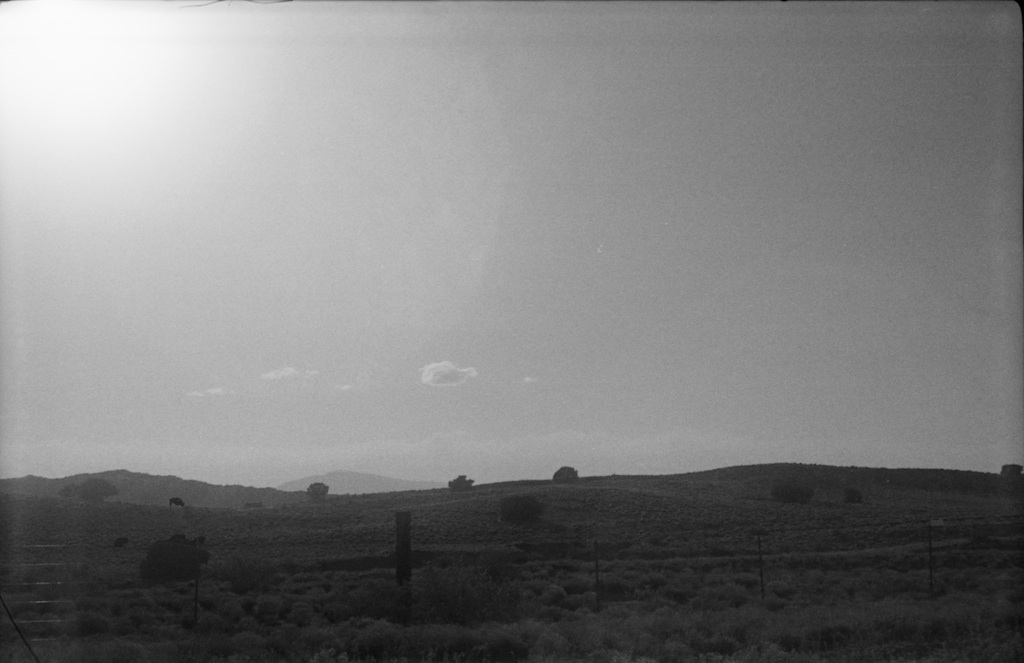 Buffalo. Into the sun, even a modern lens would flare. 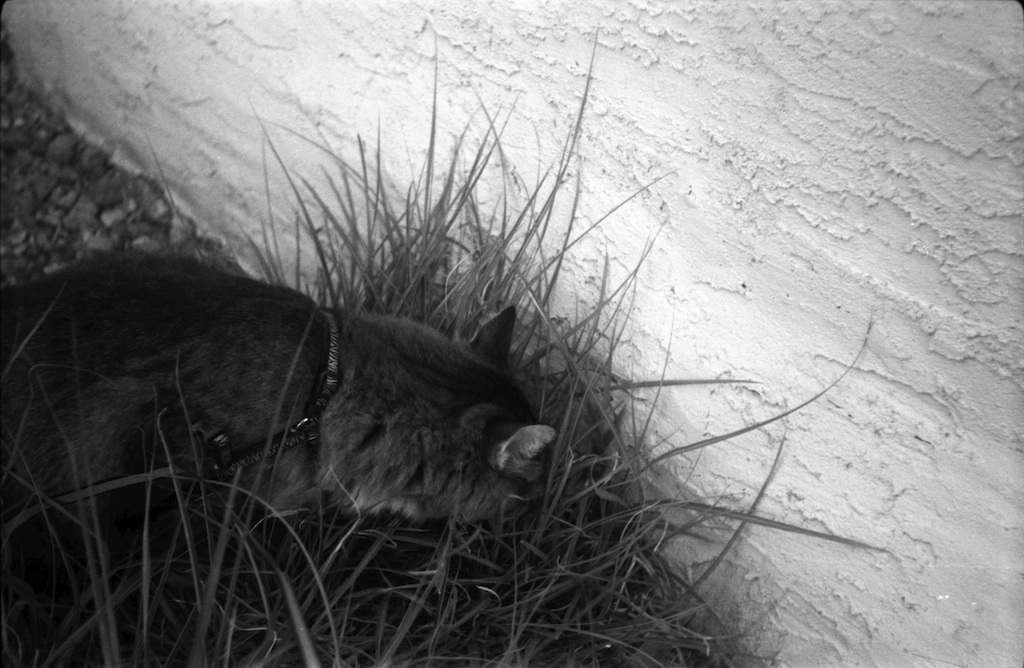 Cat sitting Simba. He’s not supposed to eat the grass so he goes right for it. 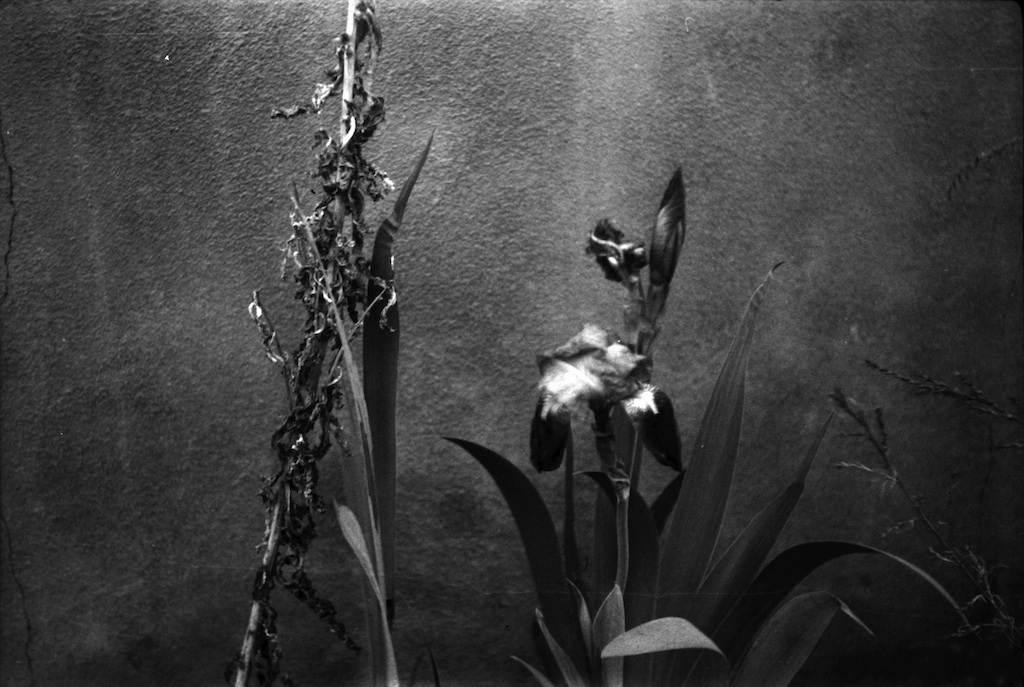 While I finish a roll in the current camera I’ve been scanning manuals in the evenings. I’ve had a stack of other stuff to scan forever so since I have it fired up without the film adapter…

A scan of my Bernie Sanders bumper sticker. Thanks Mom! 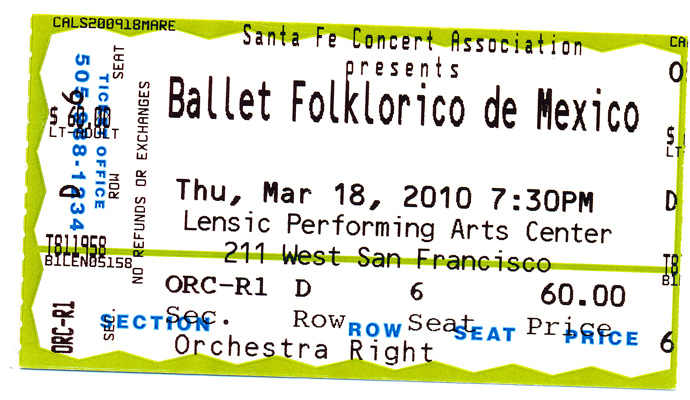 Me and M’s first real date. My friend Ellen scored us tickets. 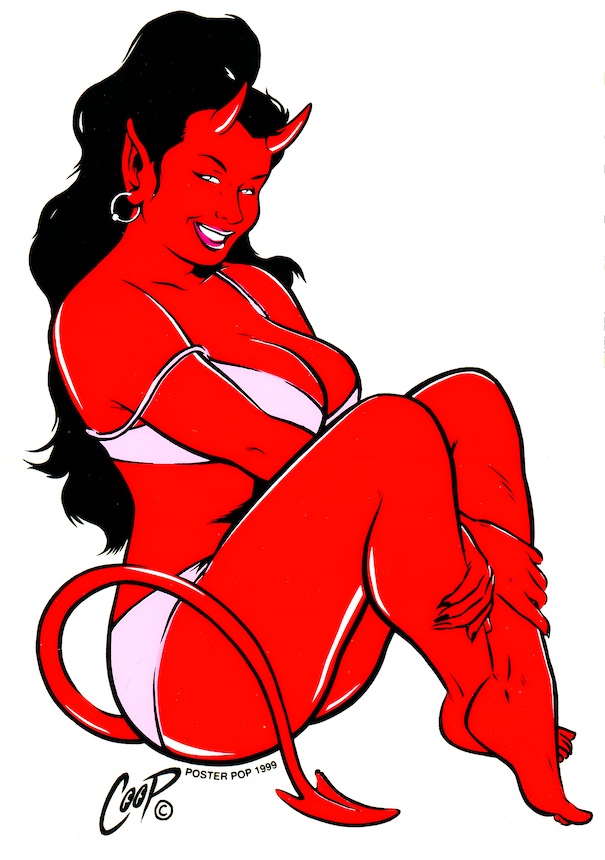 Out of print but still available from Poster Pop. Thanks Mike!