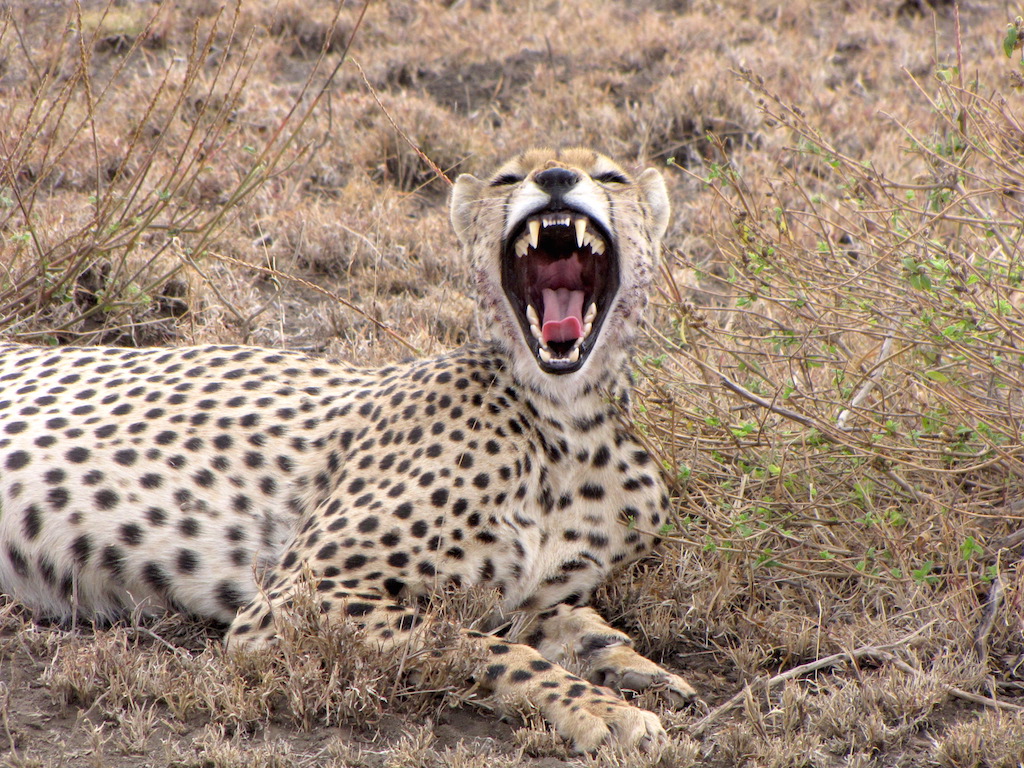 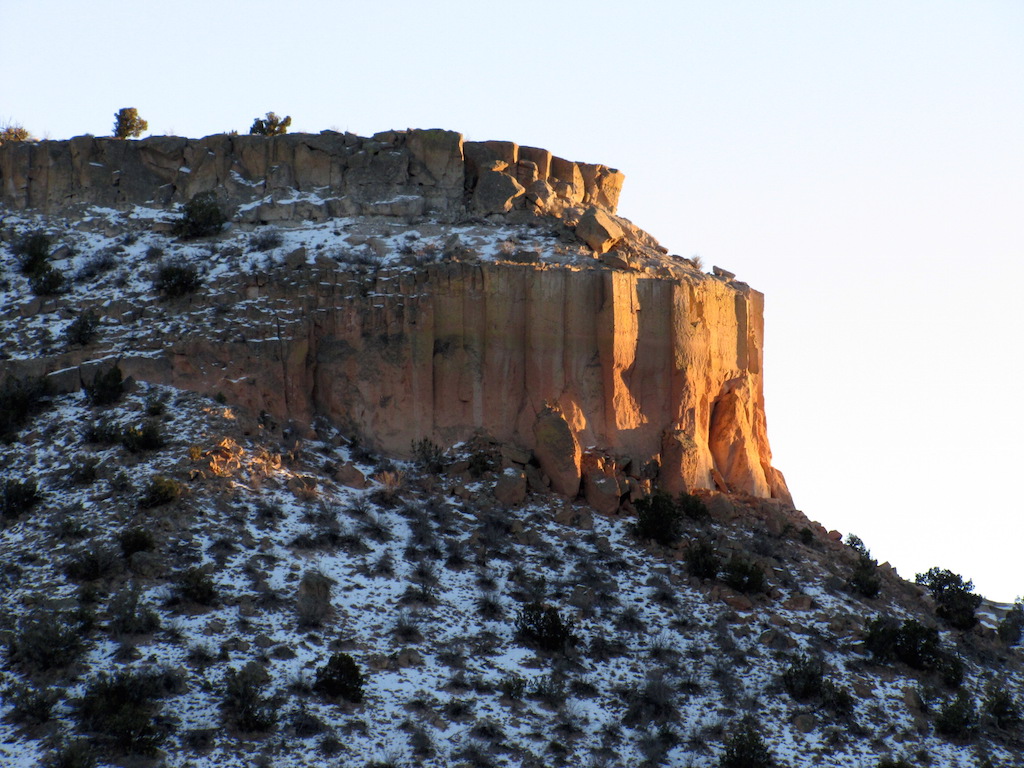 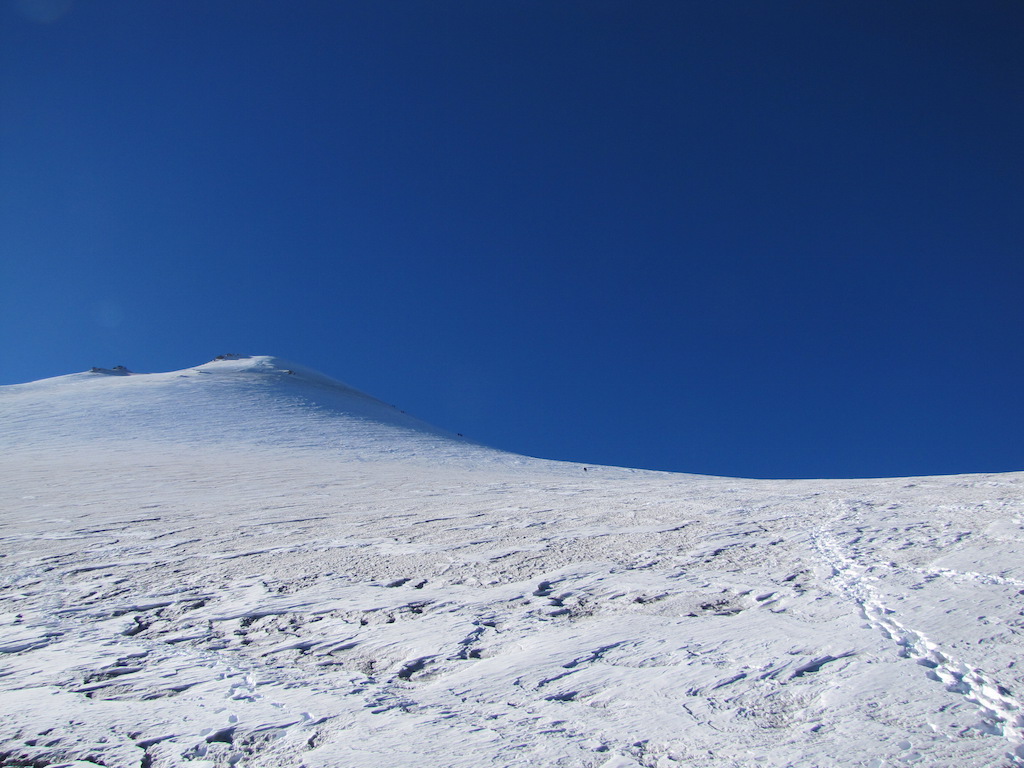 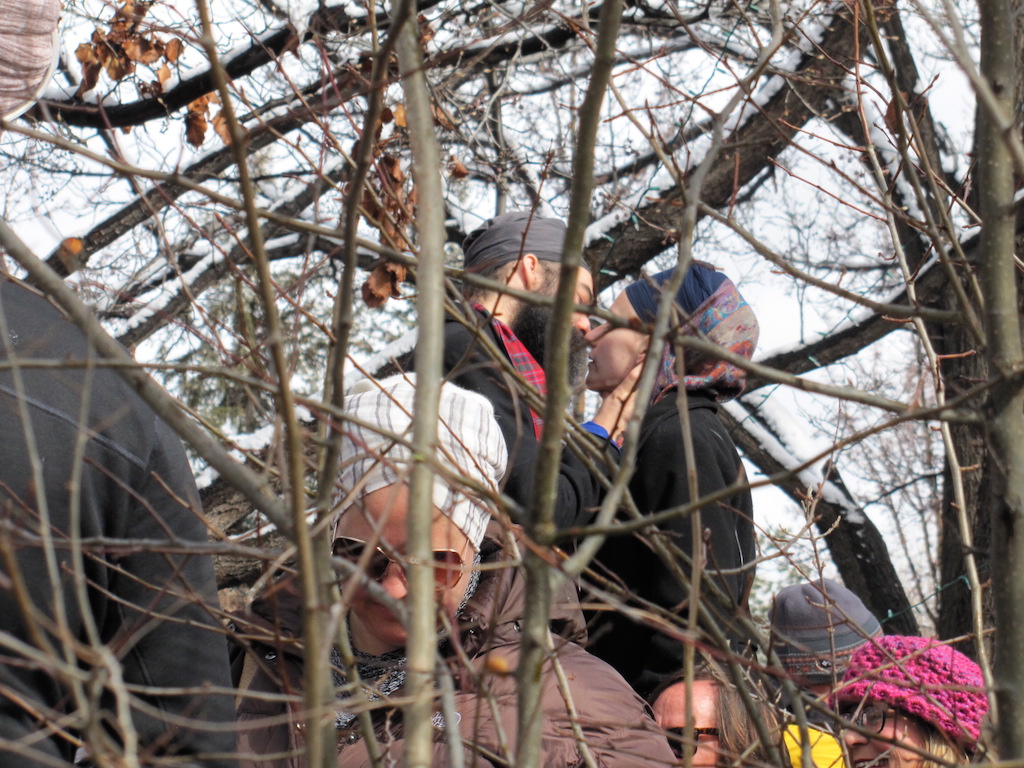 PDA at the Women’s March in Santa Fe 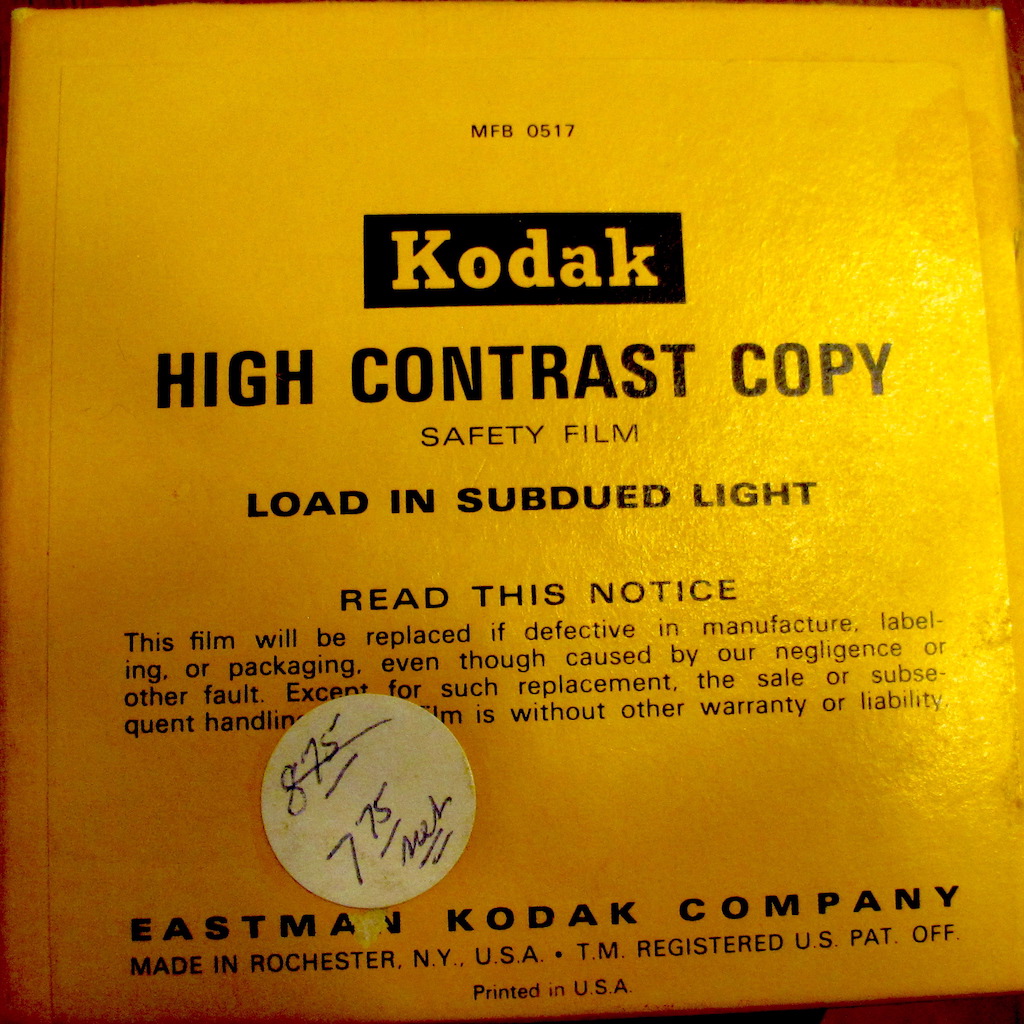 Information is pretty sparse for this film. I found a datasheet for “Recordak Micro-File Film Types 5455 & 7455” that seems to be the stuff.

Not knowing how to properly read a film datasheet yet, I searched around and found some info on Type 5069 and started there. If it’s similar, this film was originally rated for ~ ISO 25 (or less — specs for microfilm film are strange). Bracketing my first 24 exposure roll, this stuff is about ISO 6. 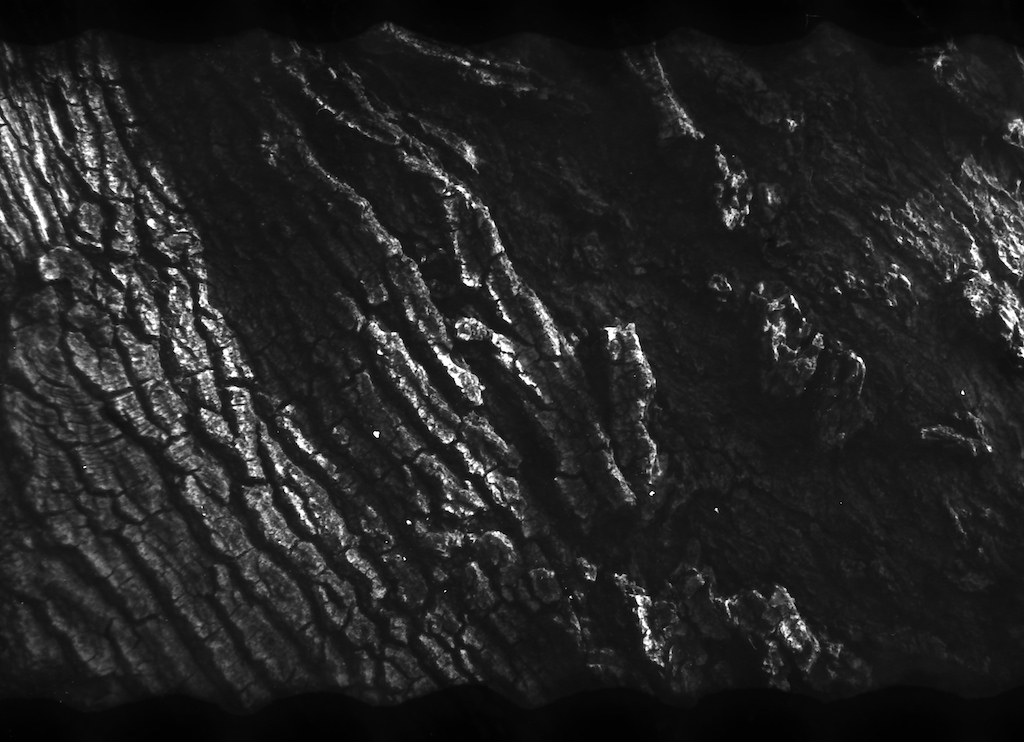 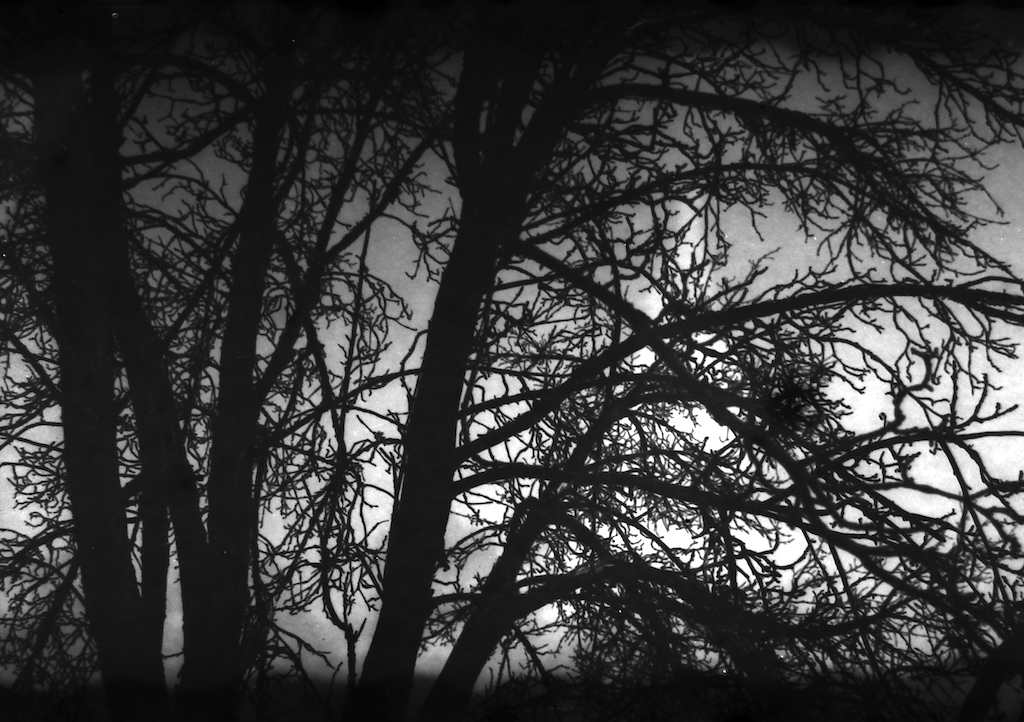 Cloudy sky through the trees. 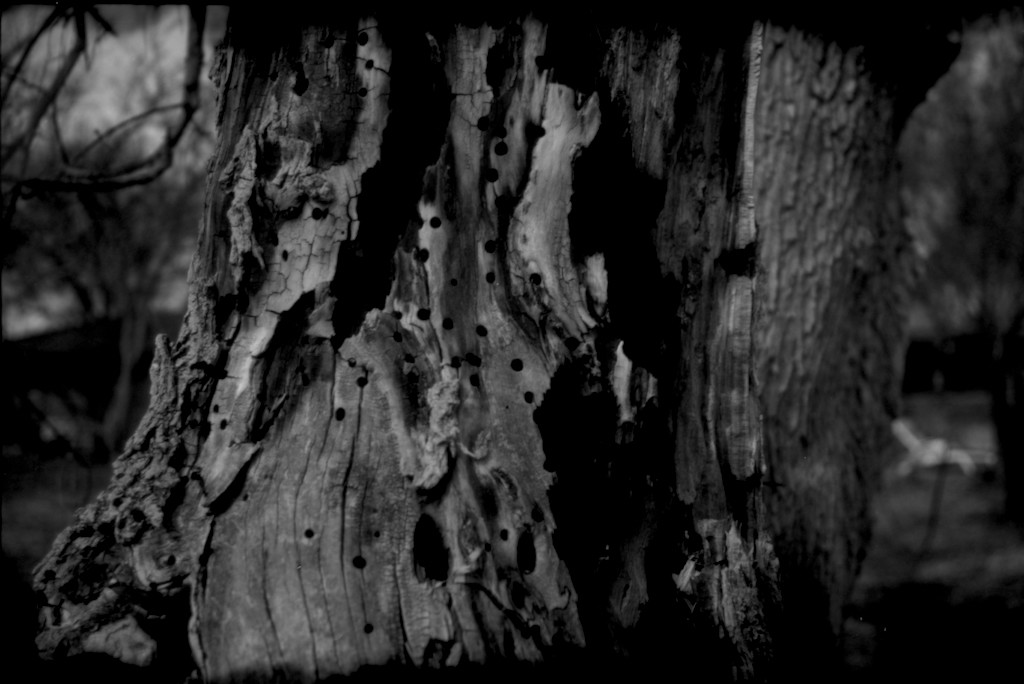 I used Kodak HC110 developer dilution ‘B’ at 68F for 6 minutes, agitating the 1st 30 seconds and then 5 seconds every 30 after that. Definitely too much agitation for this film. I got nasty over-development marks at the sprocket holes. Next time I’ll try a much weaker dilution, less agitation, and longer time. I’ve also read that highly dilute Rodinal works well and Photographer’s Formulary makes TD-3 for techpan films. I still have about 97 feet so it will be fun to experiment.

I used Canon Scan Gear for the first two and VueScan for the last one.

Once I learn what I’m doing with this film, I think it will turn out some great exposures.

Emboldened by having two ‘D’ cartridges, I decided to dissect one to see what’s what.

Somewhere, I saw a complete Rapid tab letter to film speed chart but I can’t find it (I hate it when I do that). The charts I can find skip ‘D’.

From this, I can be reasonably confident that a ‘D’ tab is ISO 50. 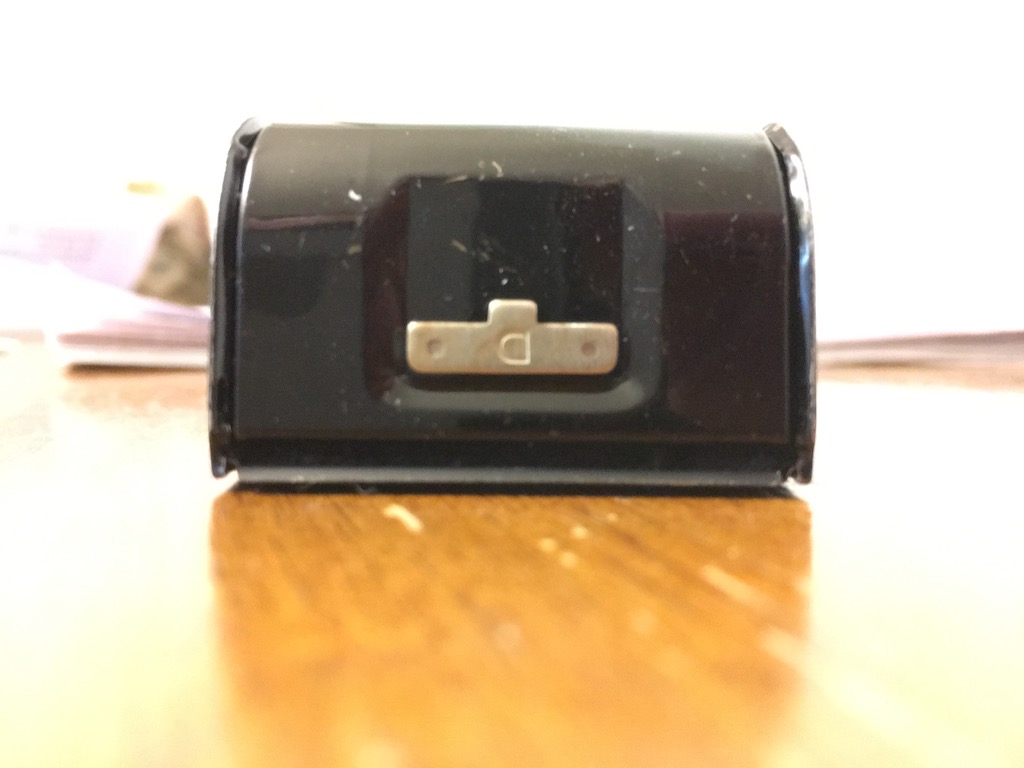 I used to think the copper fangs helped hold the cartridge together. Once I really started looking at it, I decided they would interfere with the film if that were the case. Maybe they hold the felt in place? 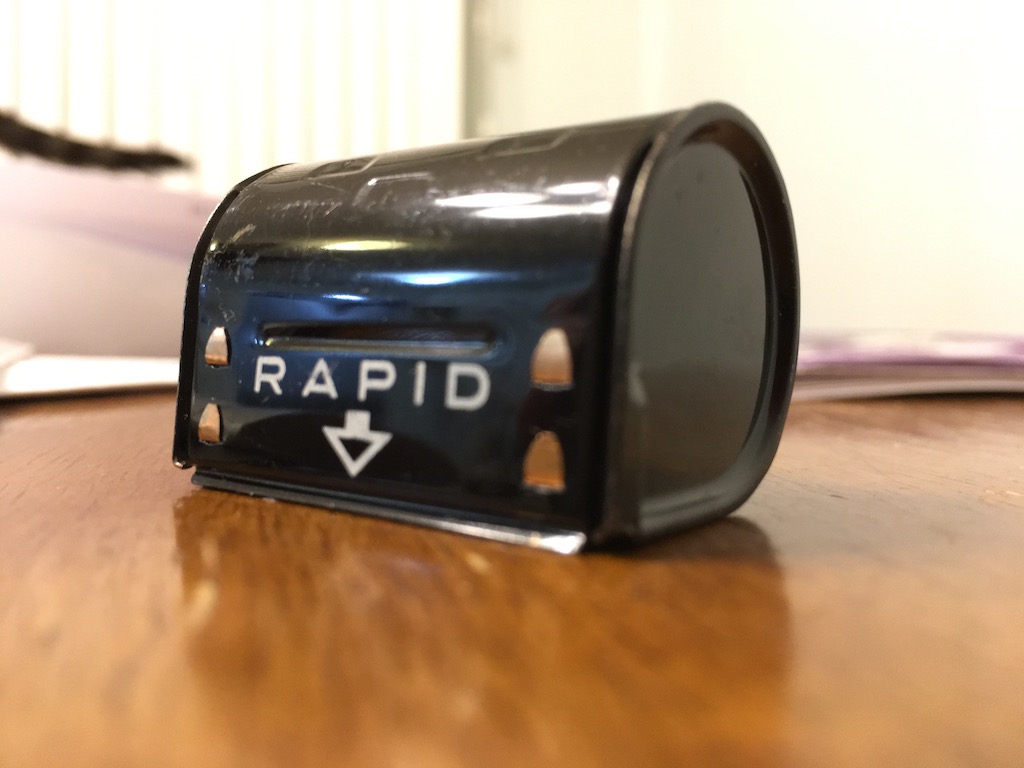 Copper fangs — What do they do?

It took me a while of pretty close examination to figure out that the ends are crimped on over a lip on the body of the cartridge. 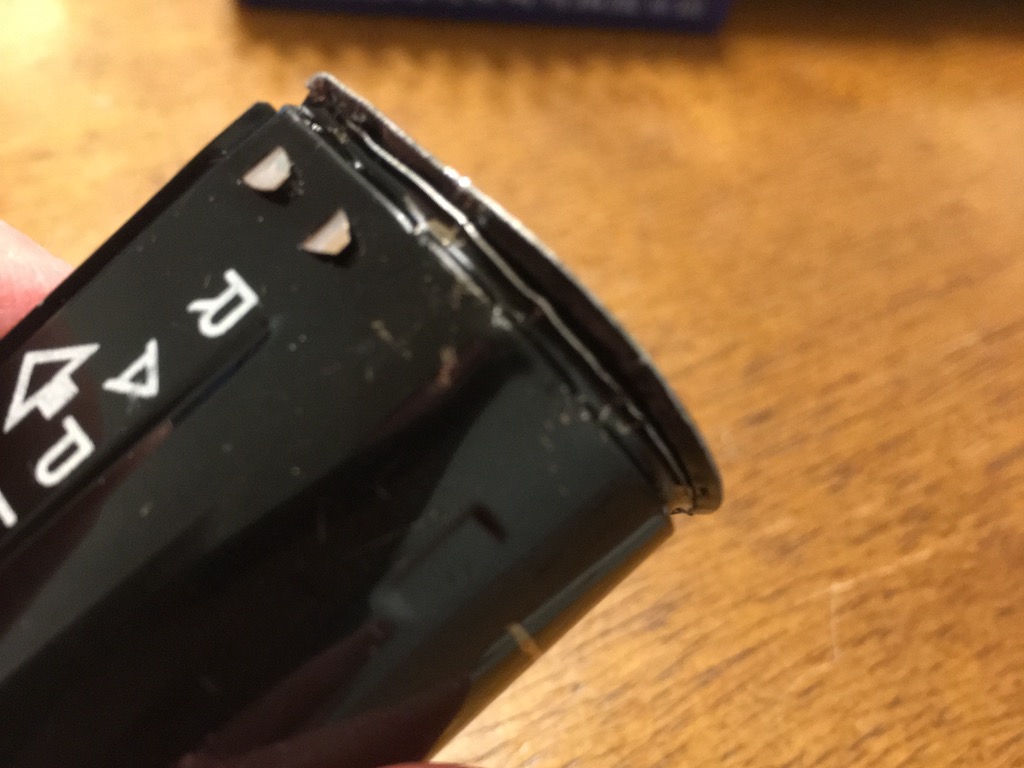 Carefully working the end off. 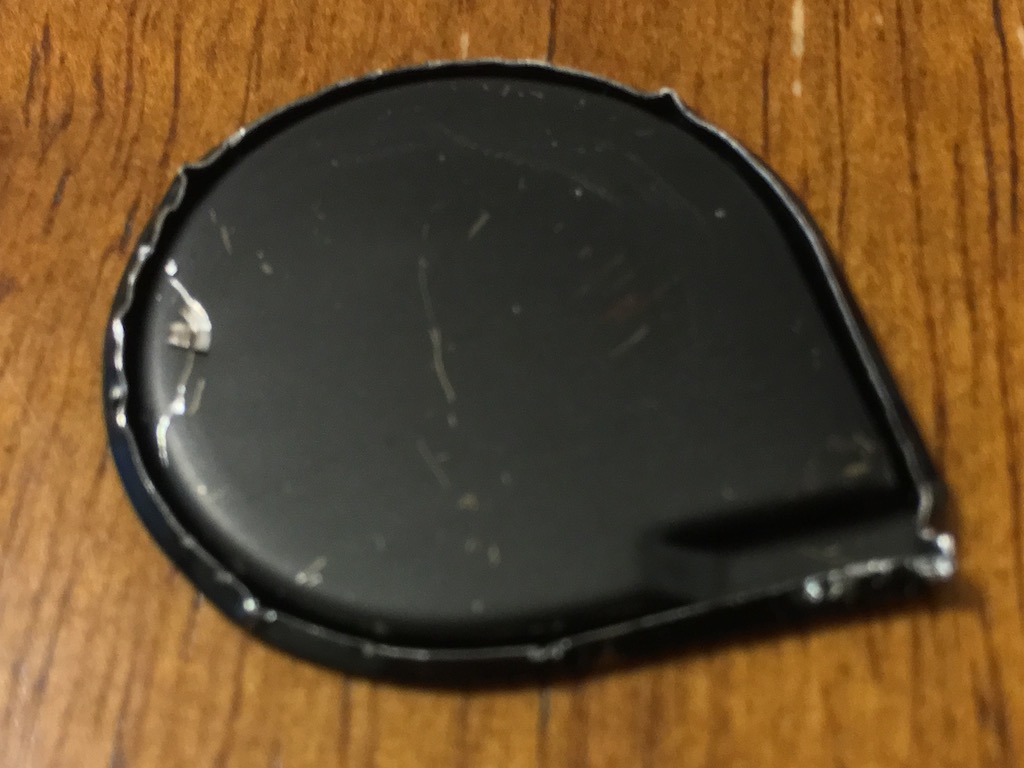 Success and not too mangled! 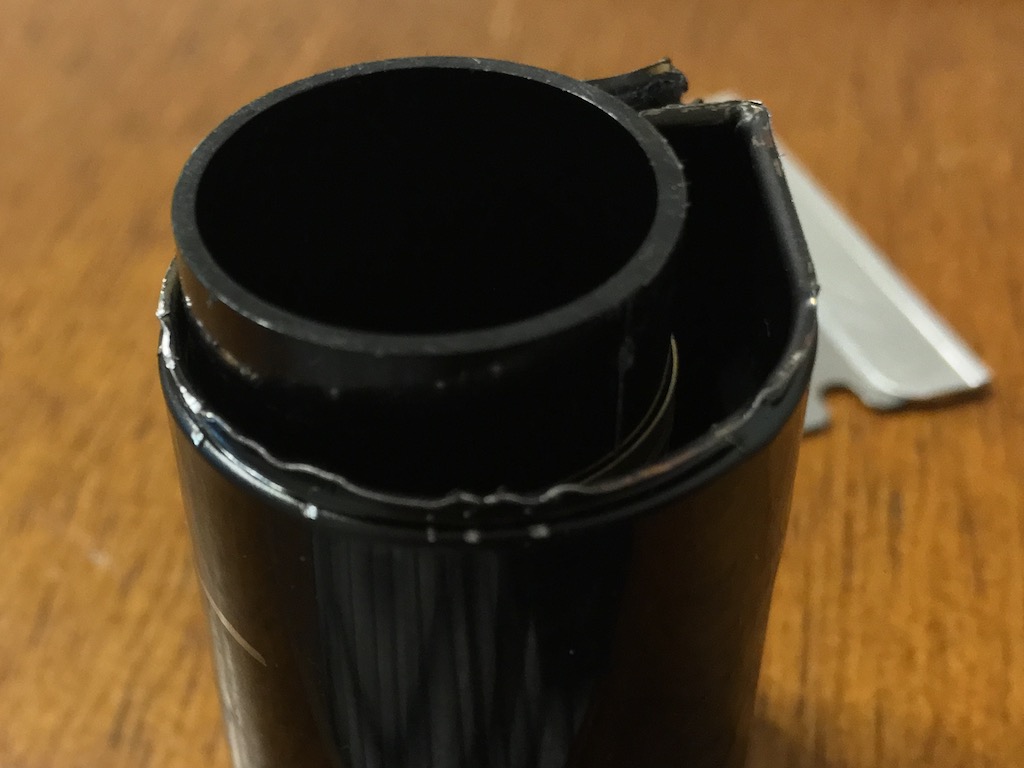 This is a bit of a surprise. 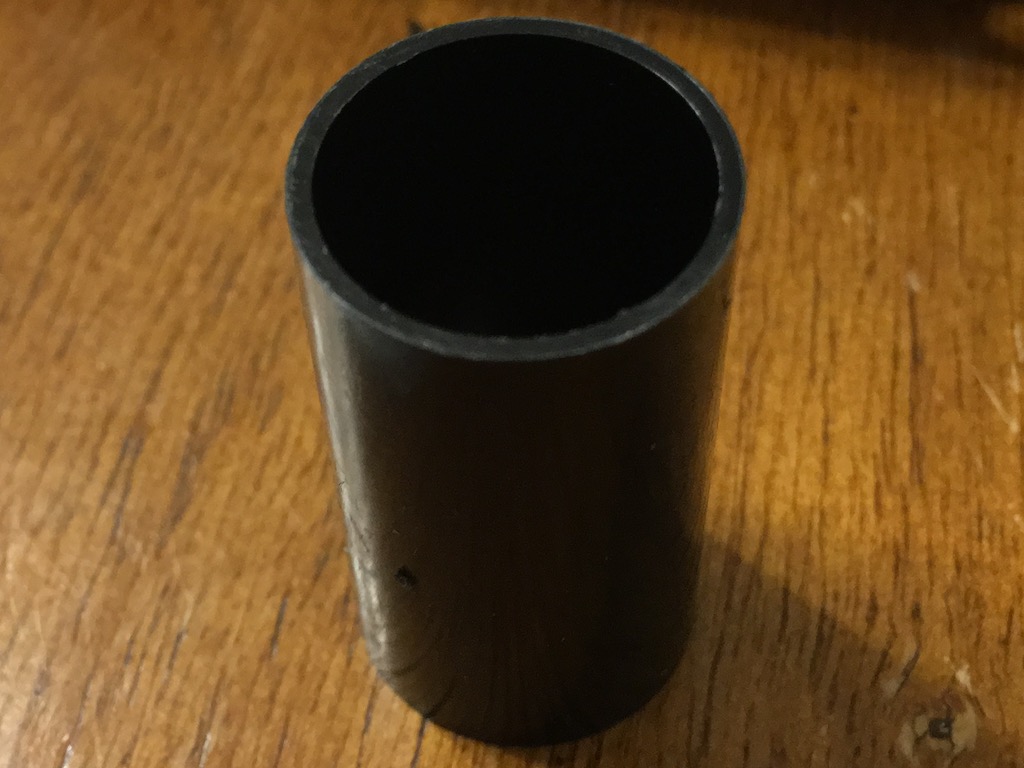 There is an inner spool.

The spool fits inside these springy bits. 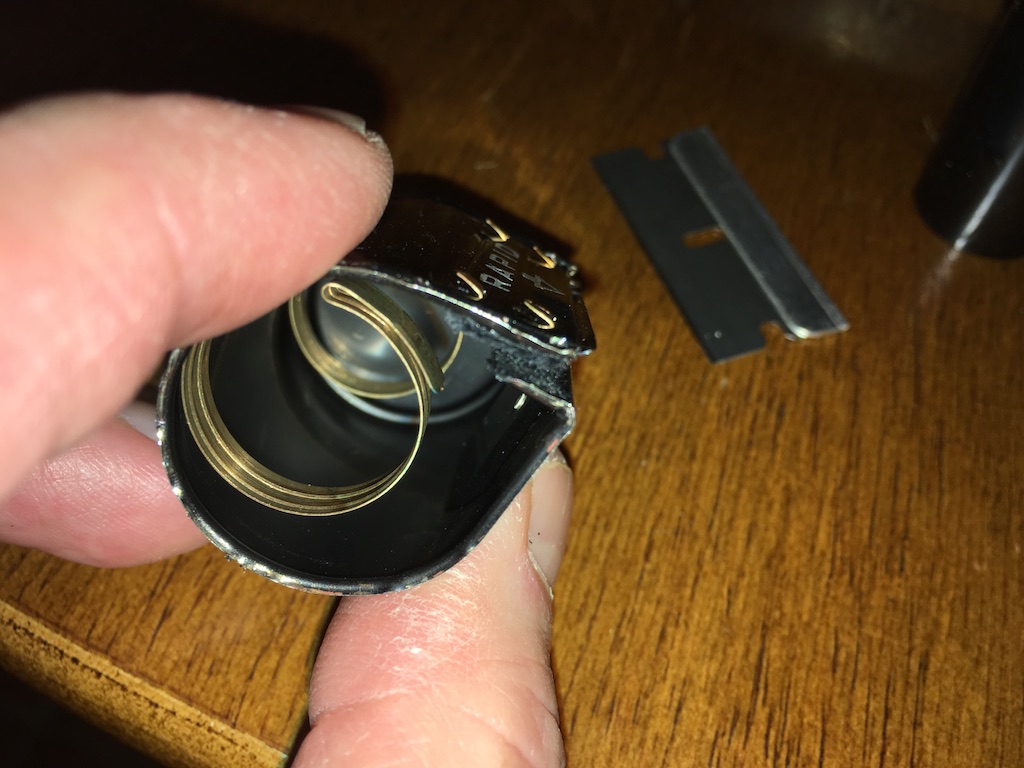 The springy bits are attached to the cartridge by the fangs.

The film is guided by (goes inside) the springy bits and around the outside of the plastic spool. No wonder it was so hard to push in a 24 exposure roll of film. 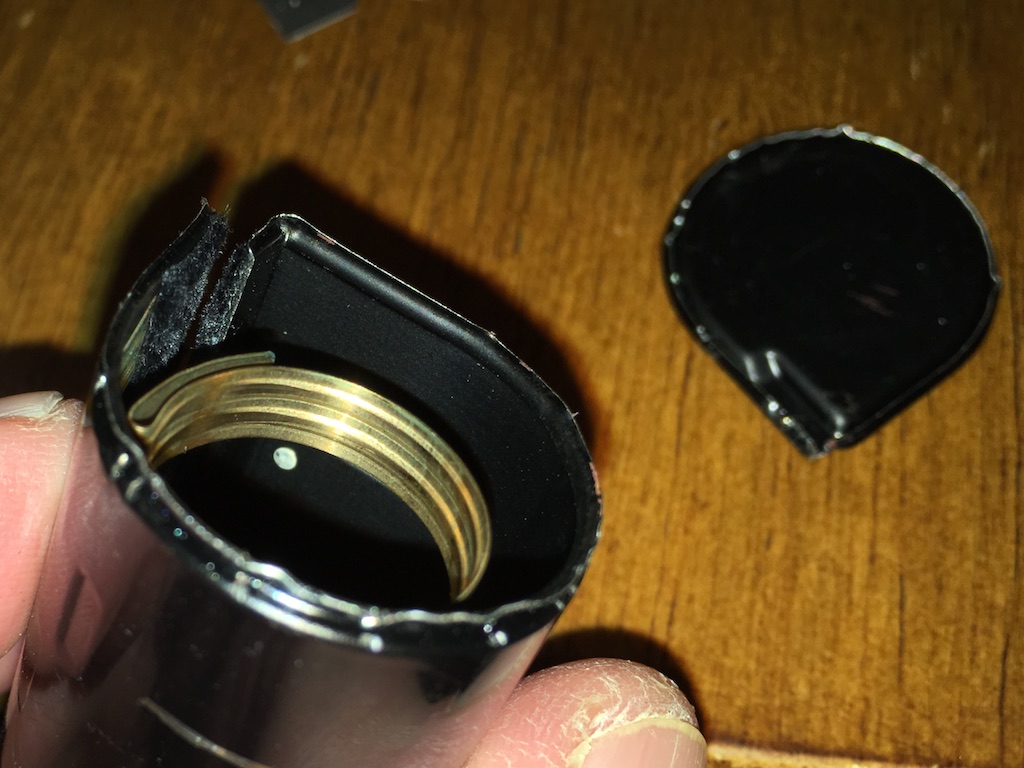 The system seems really complex but Rapid film was designed to drop in and wind without having to insert the film leader into the take-up cartridge. The spool/springy bits system would allow the film to exit flat across the feed sprockets and roll up inside the take-up cartridge without binding.

I think I can make a workable cartridge out of plastic. 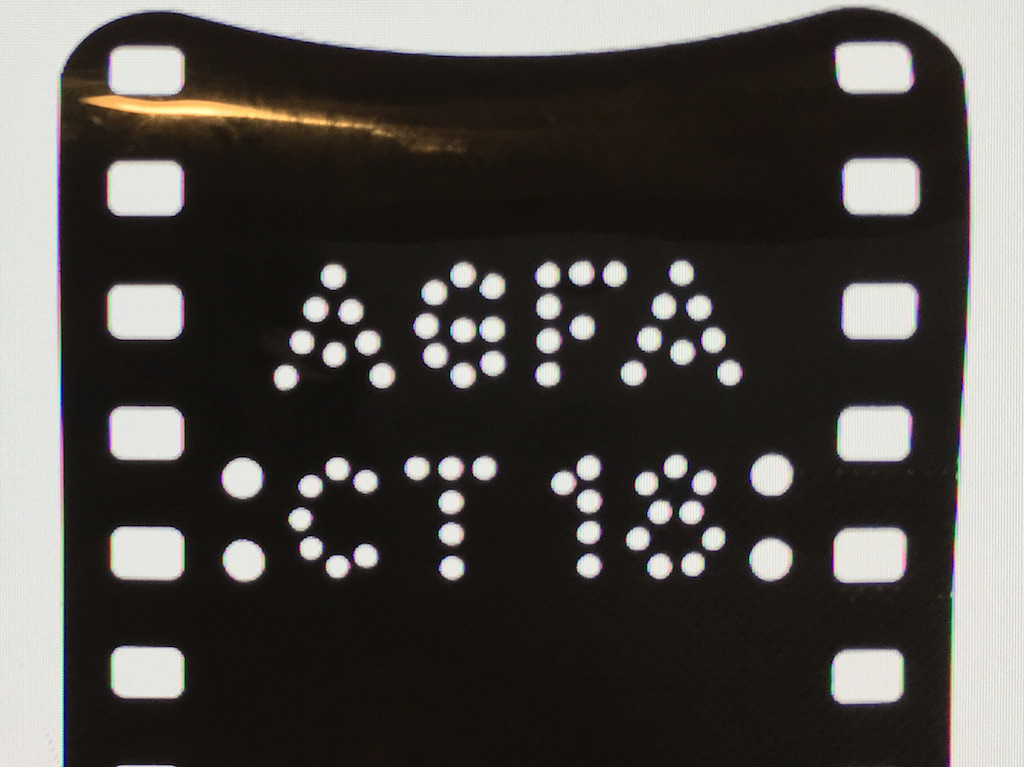 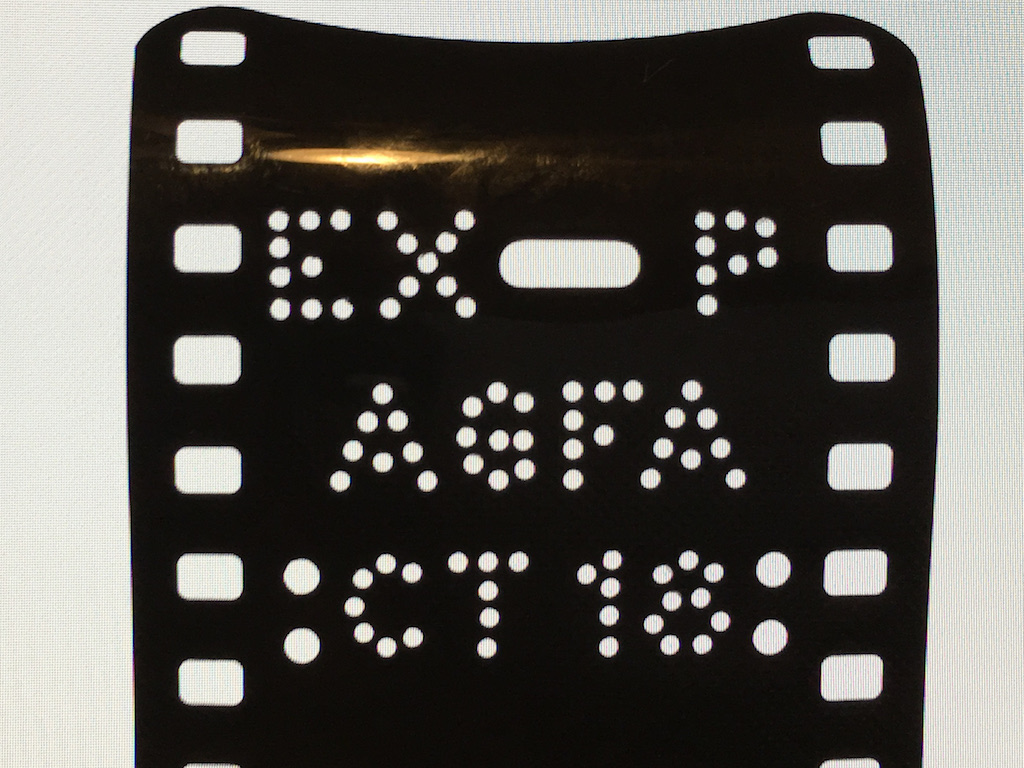 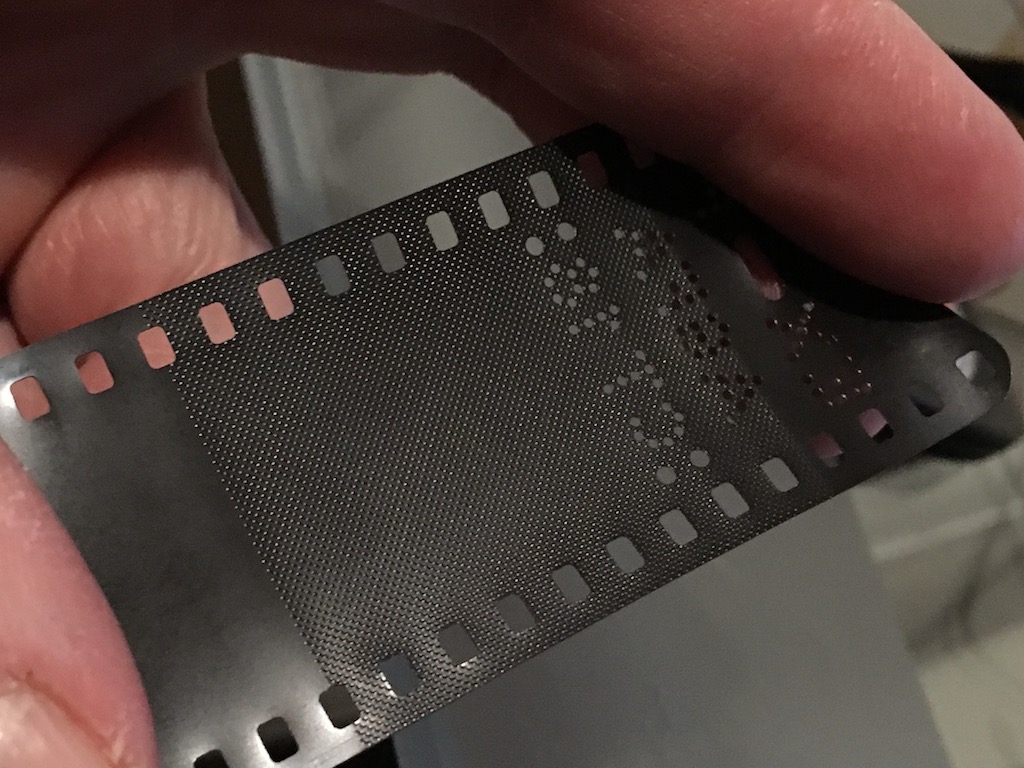 The leader and tail are textured to stiffen them. It probably helps the film not slip into the cartridge too.

That’s it for now for my mini-adventure with Rapid film.

One specification missing from the manual and most of the web is the focal length of the lens. I haven’t independently verified it but this Lomography article says it is 42.5mm.

The T-shirt is a design by my brother Mike. He did it when Catherine Coulson, best known as the log lady from Twin Peaks, died in 2015.

Since I found the second camera and have 4 Rapid cartridges, I can afford to dissect one and see if it’s practical to duplicate them. 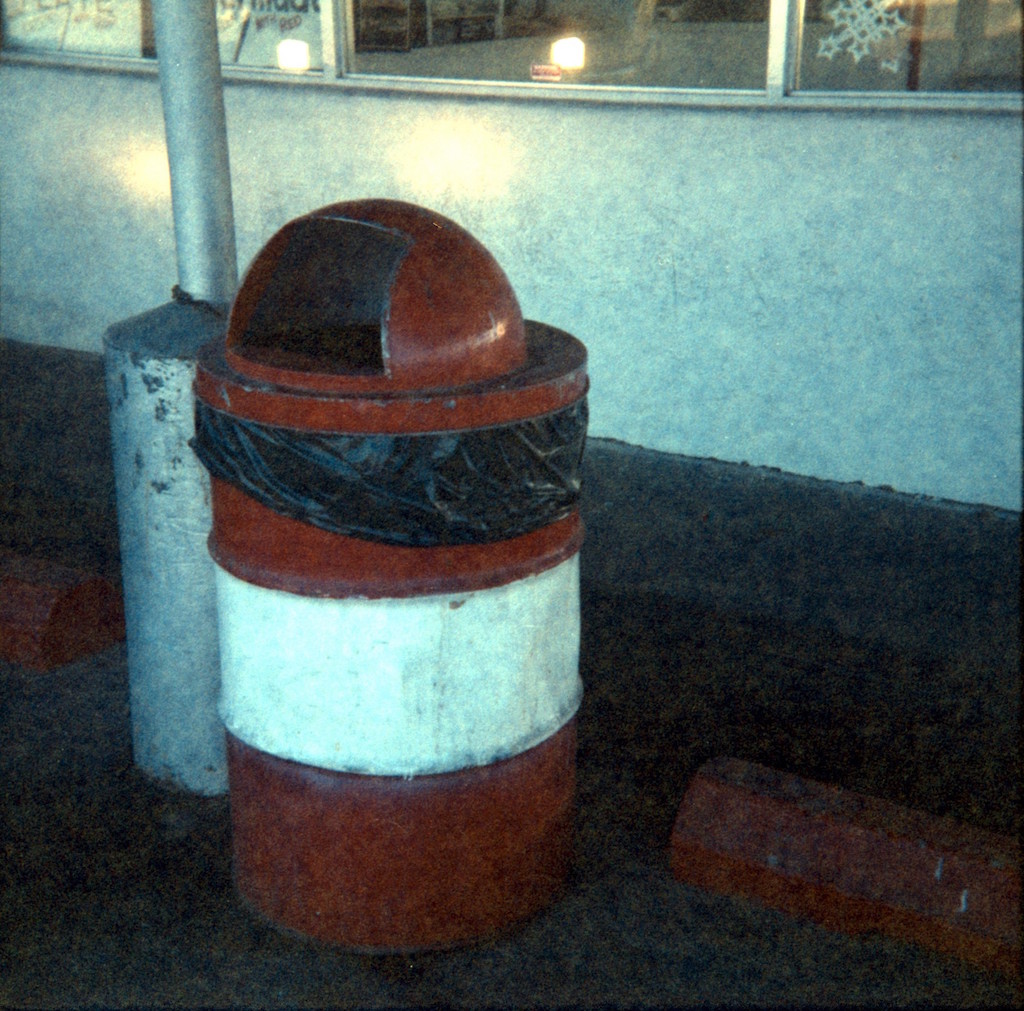 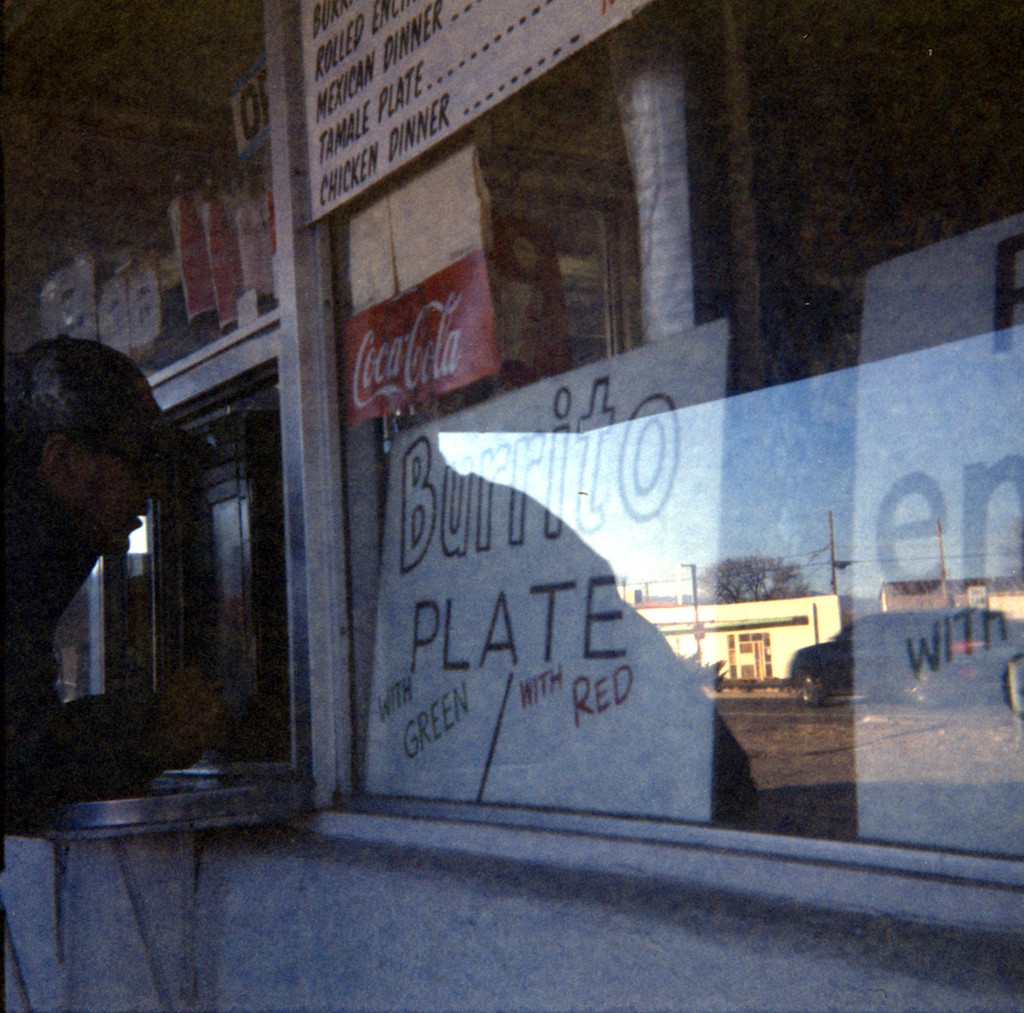 Walk-up window at the Stop & Eat.

I’m using new scanning software, Vuescan. So far, I love it. Its batch processing is kind of weak. You have to be able to give it the frame spacing beforehand and I scan too much weird stuff. Also, including spacing around the negatives throws off the exposure (see images below for the way around it). Still, it’s much better for just about everything than Canon’s software. 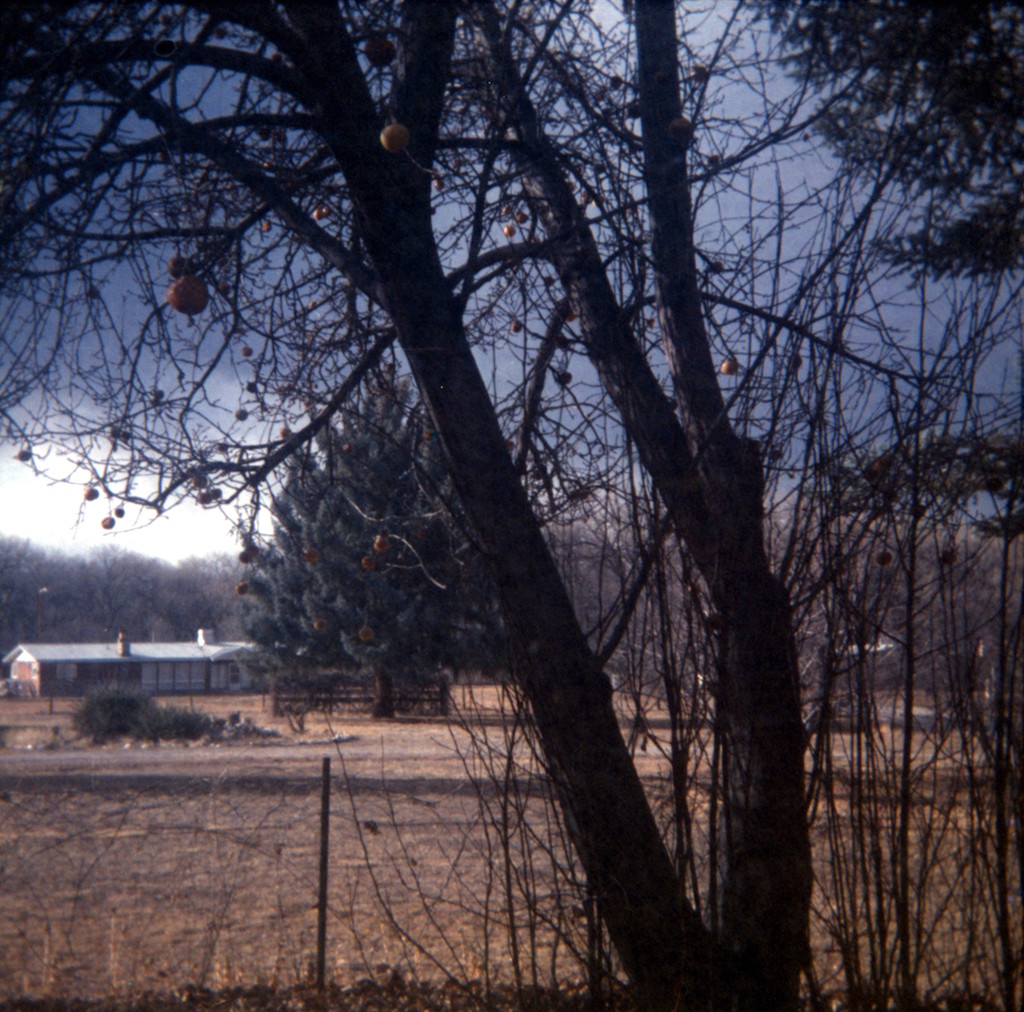 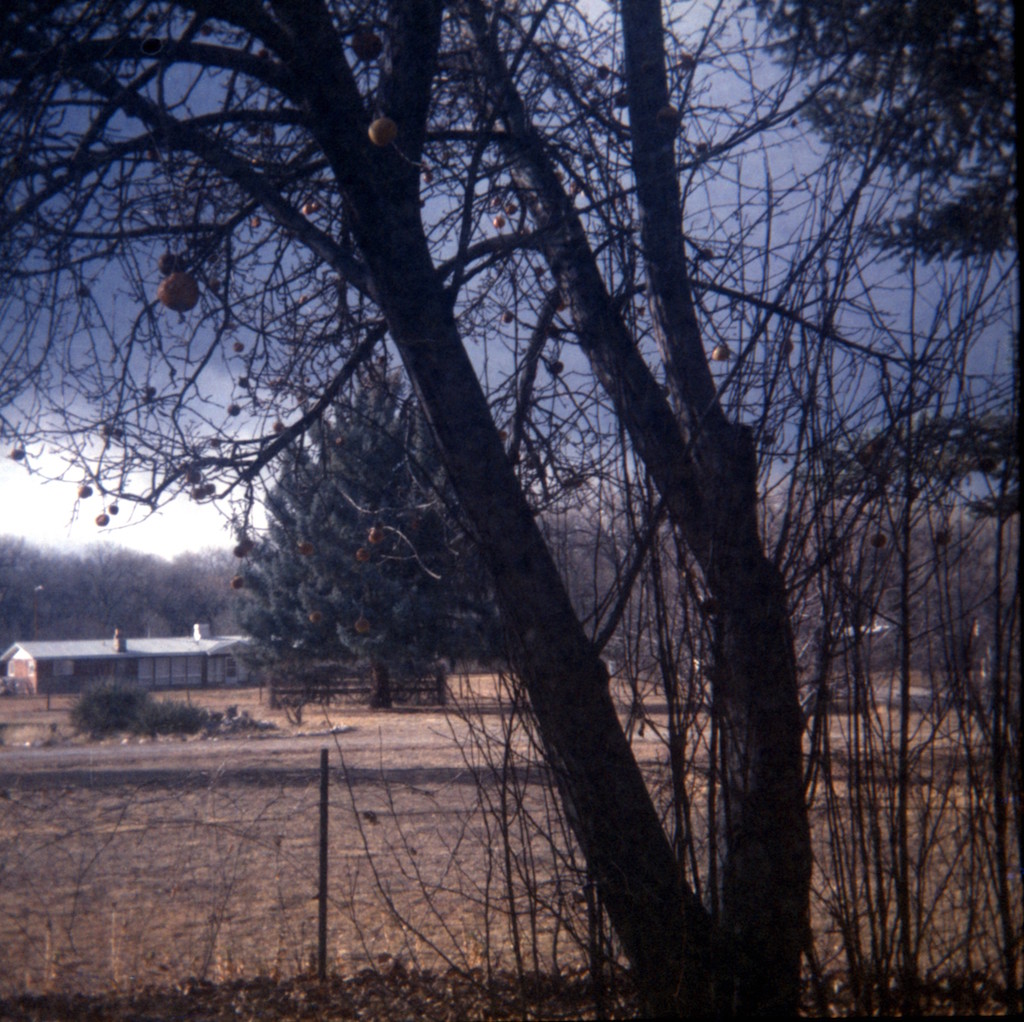 Same image with the negative directly on the flatbed. I can’t even express how useful this is going to be. 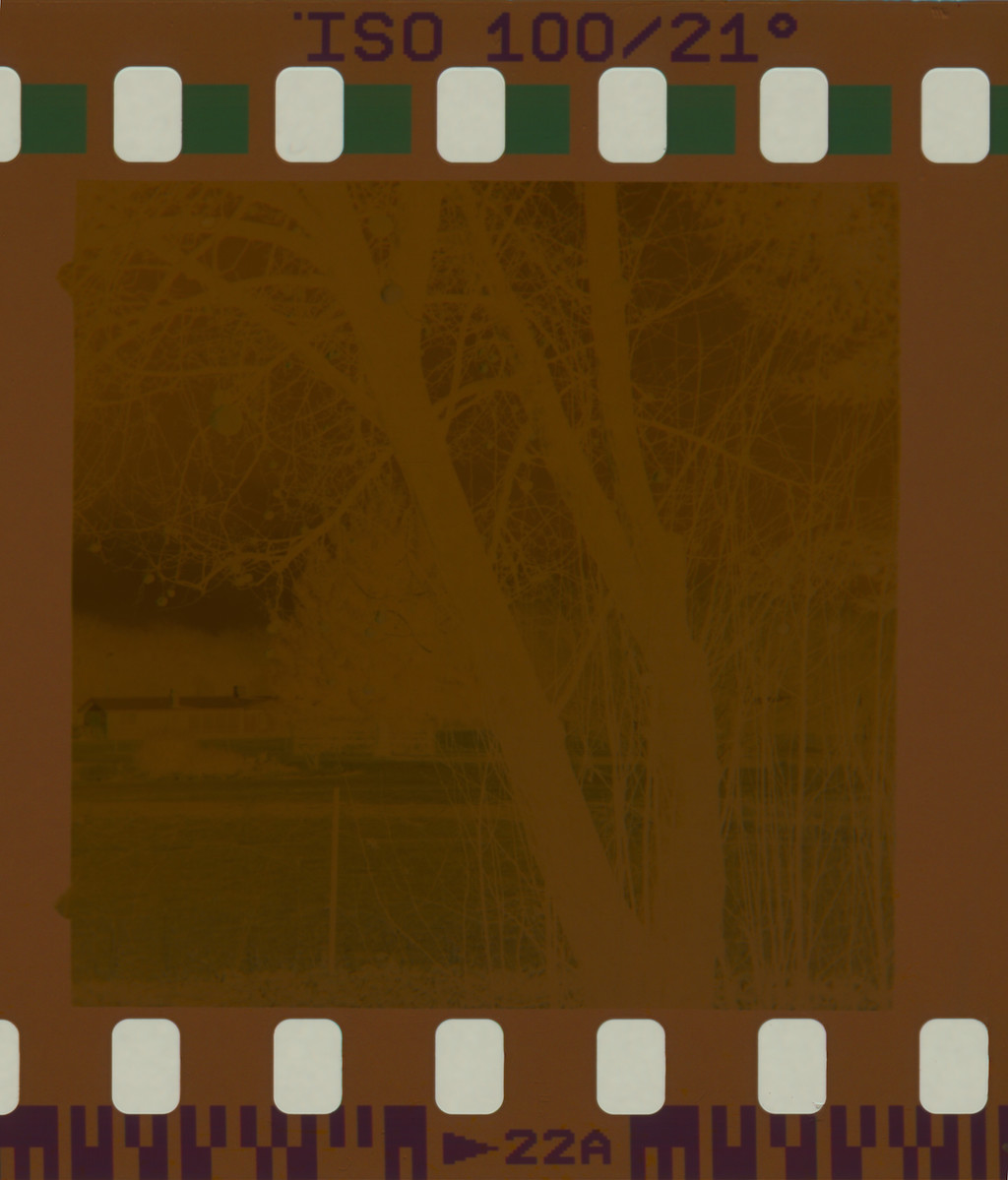 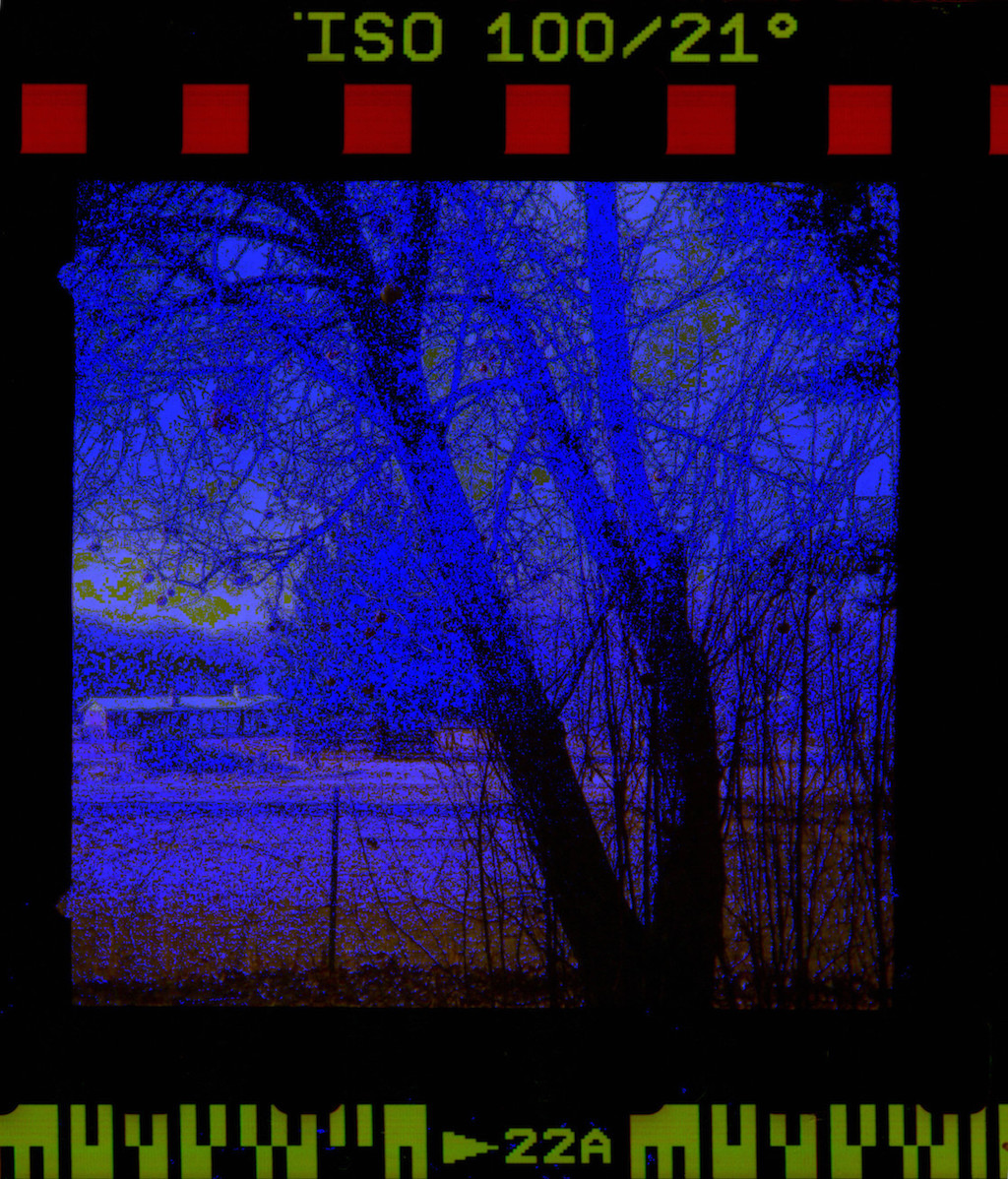 Playing with inversion and contrast boost made something interesting.

Telling the software that negatives are slides removes the correction for the color of the emulsion. It’s pretty easy to do it right but this was fun, learn the software time. The right way: Set it for color negatives (most B&W emulsion is pretty clear), set the crop area to the image, lock the exposure, expand the crop area to include the sprocket holes, and hit the scan button.