This is such a fail I’m not adding the “humor” tag.

The first Democratic debate, hosted by NBC and streamed on Youtube, worked fine.
The second debate, by CNN, was unwatchable. We have a modern smart TV and it has the “CNNgo” app but it wouldn’t work, even with cable credentials. Trying to stream via cnn.com was pathetic. They tried, but the servers were not up to the task. It was useless. Other streaming services worked fine so it wasn’t our network. I found transcripts (from someone other than CNN, of course) the next day.

This time, for the climate town hall, CNN didn’t even pretend not to be greedy incompetent f__ks. They’ll probably edit or take down the page but this is what it says:

Specifically states “CNN.com’s homepage” $$ Nothing about GIVE US MONEY $$

I tried watching on an iPad. It crashed and reloaded the page repeatedly. Amazingly, the countdown timer kept working. I tried a laptop and other than buffering and showing an ad with the countdown timer running, it worked-ish. For a while. See, they only showed a 10 minute “preview” before the video stopped working and they shook us down for TV provider credentials: 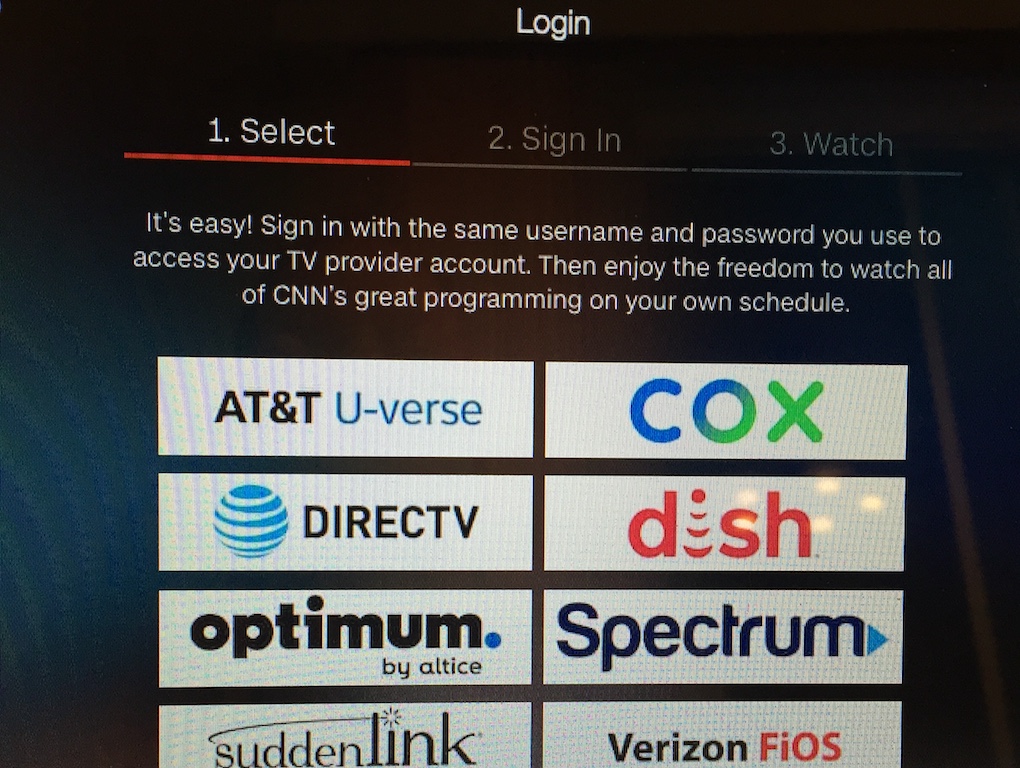 Not that that would work, I wasted enough time on CNNgo before.

M has dish credentials. We don’t have it but she pays for her grandma so she can watch her telenovelas. Even if CNN was competent enough for that to work (they aren’t), this is our f__king democracy. Whether you’re a Democrat or not, one of these people may be our next president so it’s kind of important to know what they think about things.

Here’s the thing. Even if it worked, CNN should not be shaking down voters for money in order to provide this information. It’s a privilege that they got the debate and the town hall. It’s guaranteed viewers. Lots of viewers. Embed the ads in the stream and put it on a competent service.

This is capitalism at its worst: 1) They have a monopoly for this event. 2) They shake us down for money. 3) Even if you show, via TV provider credentials, that you gave them money, it DOESN”T F__KING WORK.

CNN: you can buy better, but you can’t pay more.