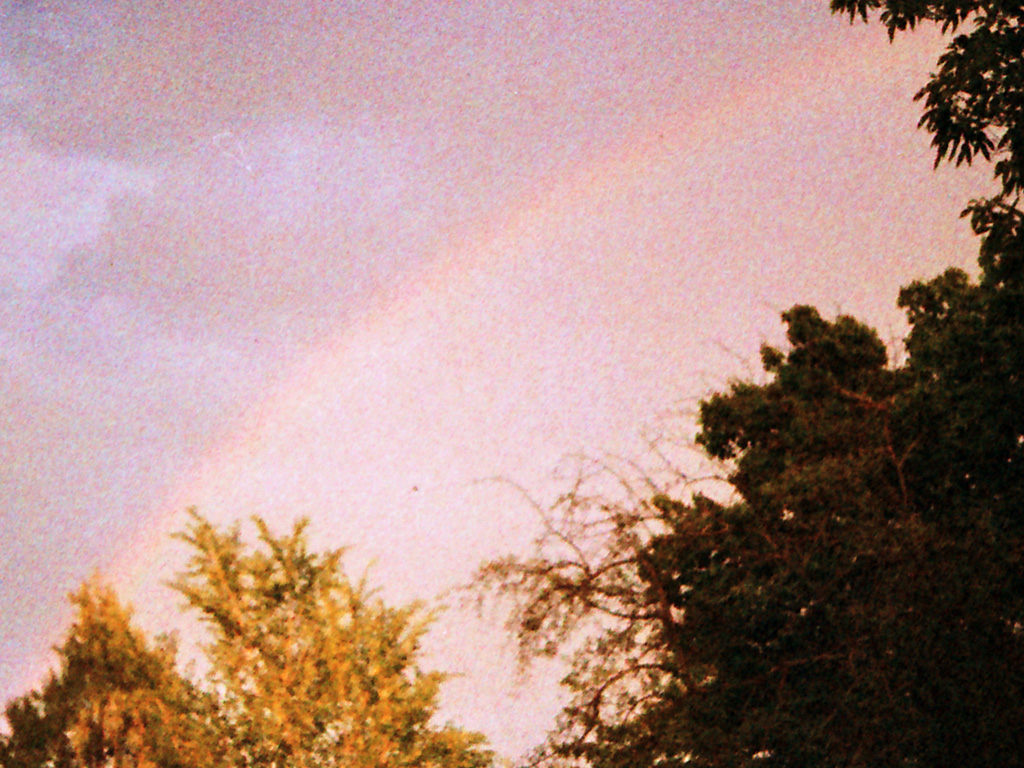 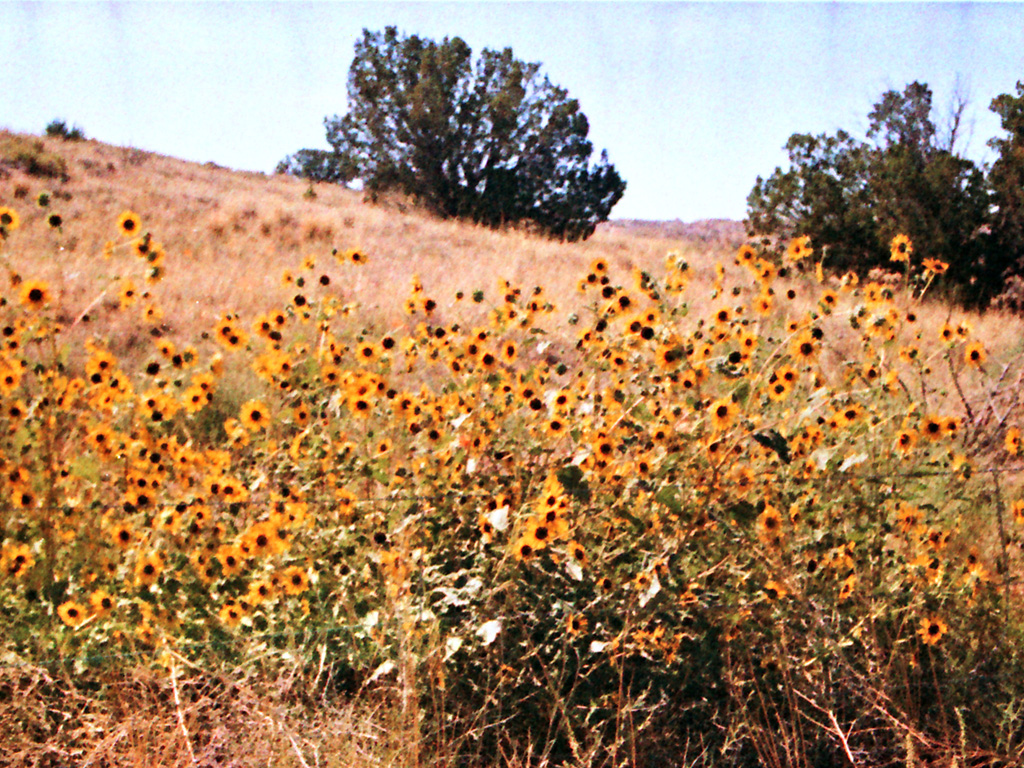 Fall flowers on a morning run. 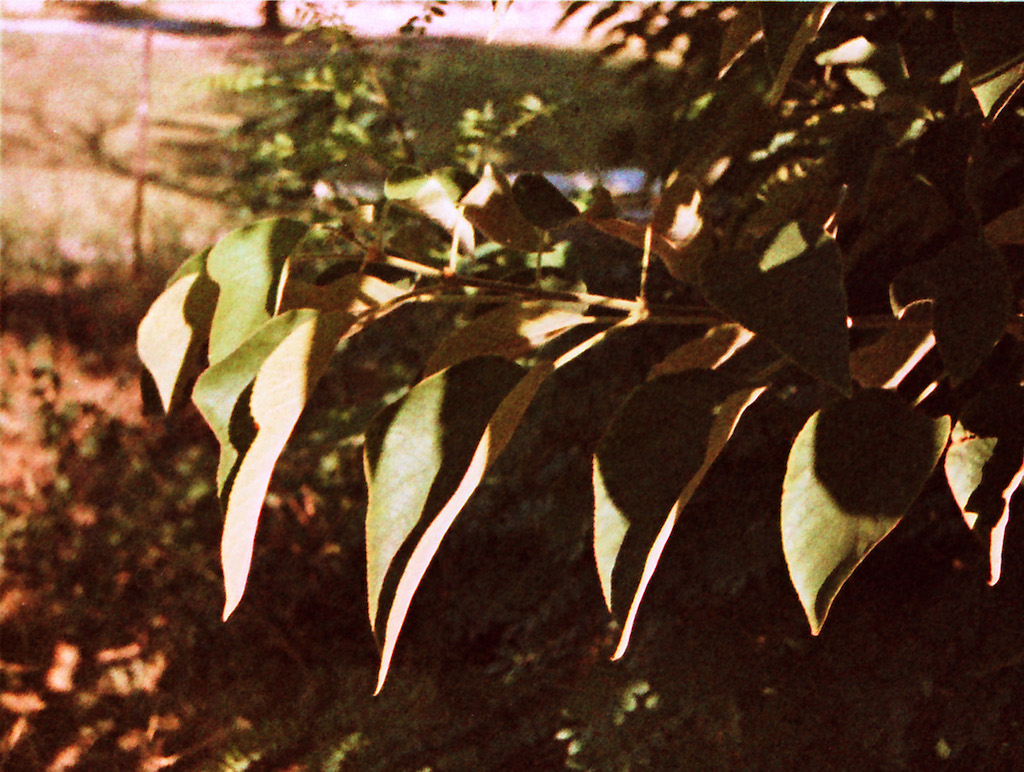 I forgot to mention that Worldwide Pinhole Photography Day is coming up 26 April 2020 and for the month of April 2020, Nikon is offering online courses for free. 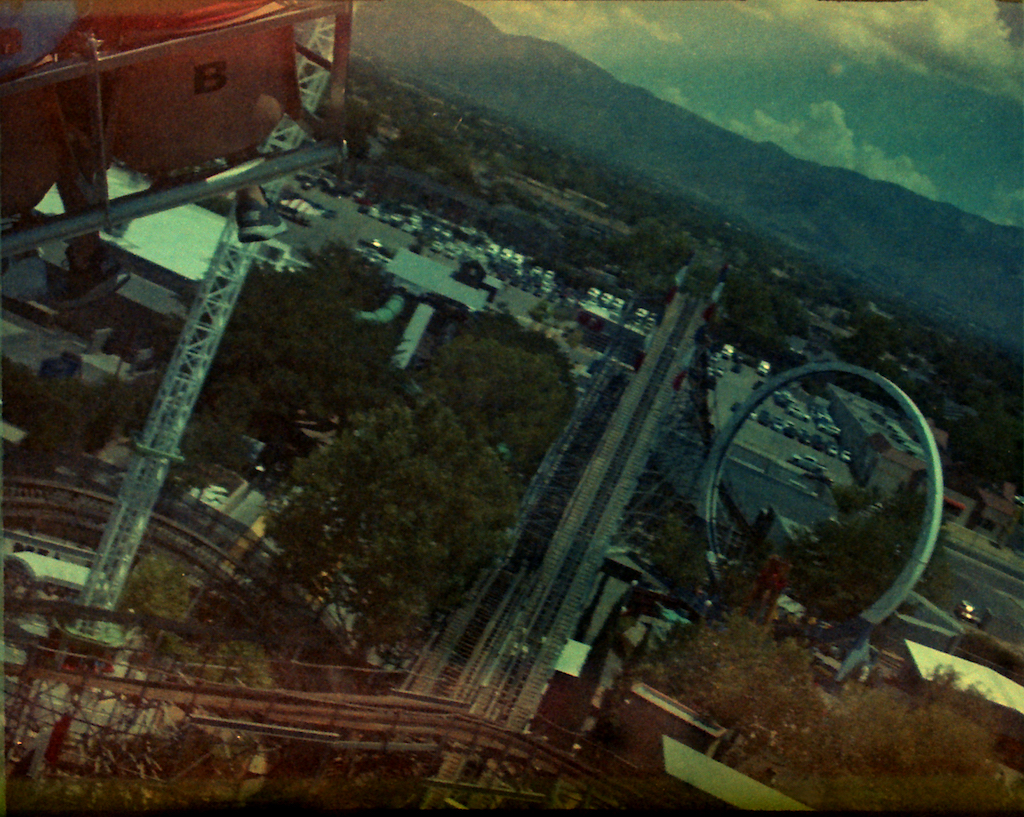 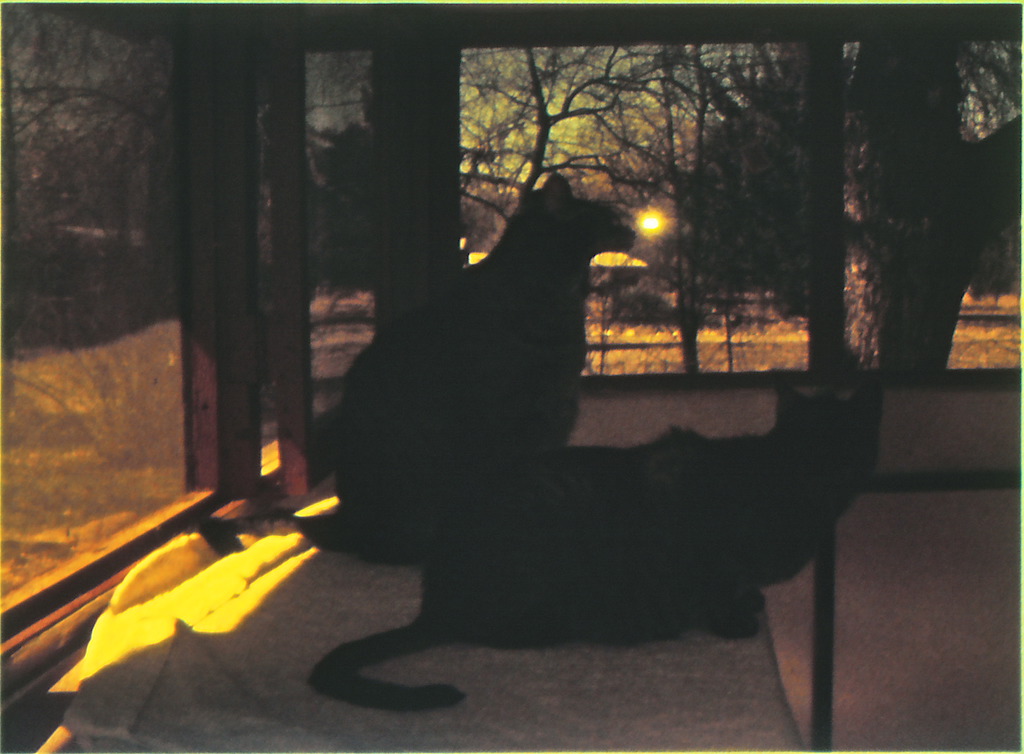 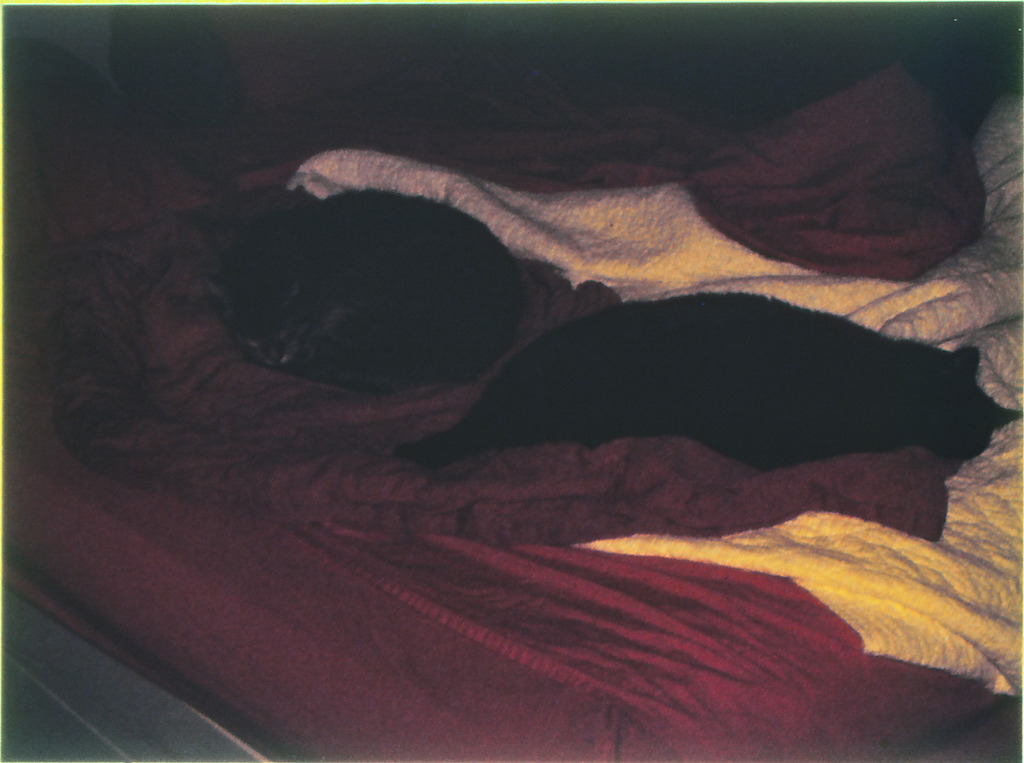 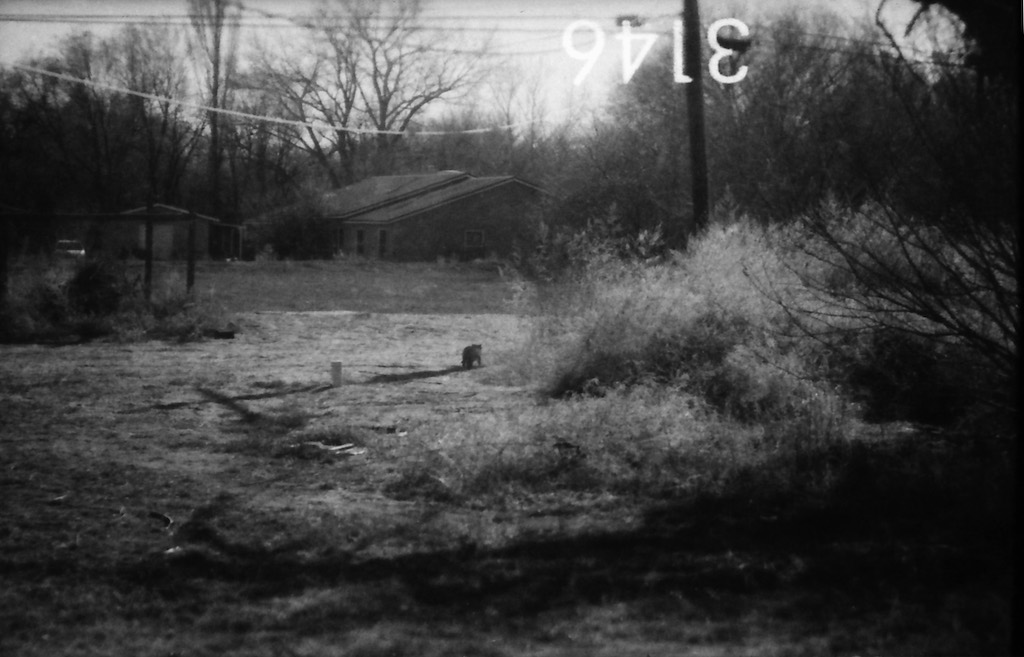 Ilford XPS 200 – “Buff”, one of the strays in the neighborhood

I got about four reasonably well-exposed frames counting the found image in the video. The ones that are properly exposed are really saturated, particularly the blues. Ferrania is known for really saturated colors. This review of Scotch Color films from 1991 (PDF) says they’re really saturated and this camera-wiki article says Ferrania was sold under the Scotch brand. Conclusive? Not by a long shot. Strong evidence? I think so. Enough about the film, on to some photos. 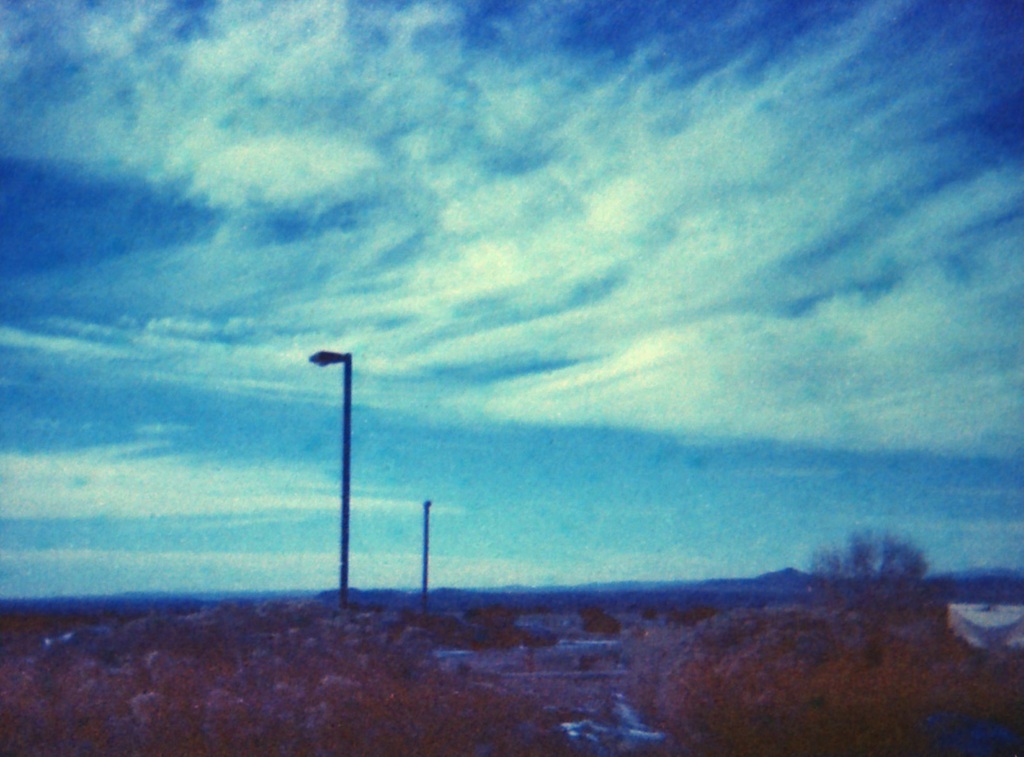 Cropped to exclude scanning buffer and speck & cat hair cleanup but no color or exposure correction. 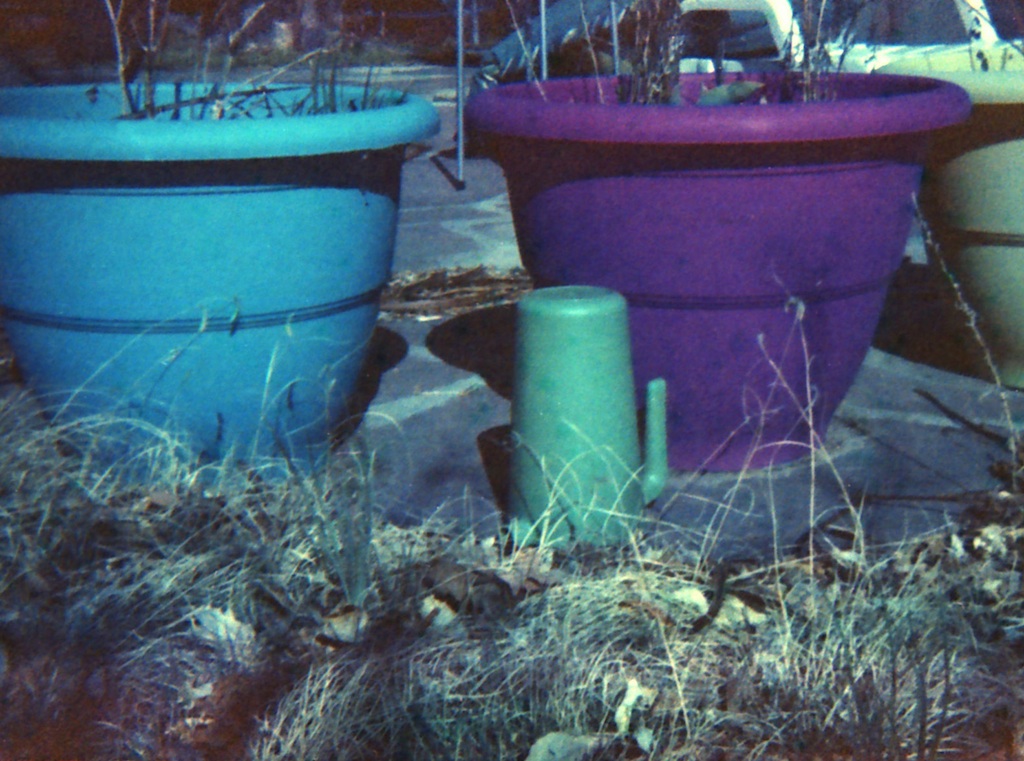 Ye olde colorful herb pots. One of my go-tos besides the cats.

What a coincidence, it’s Goober! I included it for a reason. Going back through frames I excluded, I found something interesting. This frame was cropped pretty tight on the scanner. The blacks coming out red are on the images where the scanner software cranked up the exposure. Apparently, 3 layers of dye + bright yellow backing = red. 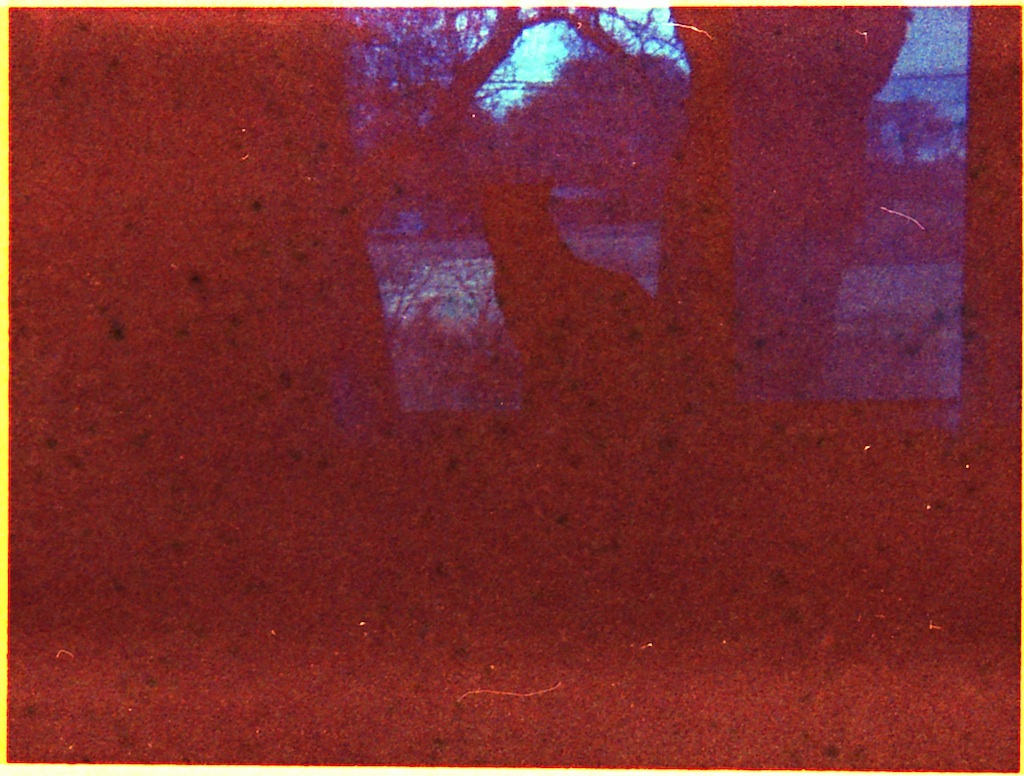 The Canon Scan Gear driver doesn’t give a nice gradient. Selecting a larger area to find the frames (auto select is useless for 110) looks like the image below. Moving the frame lines in, at some point the software “finds” the frame and jumps to the higher exposure (image above). 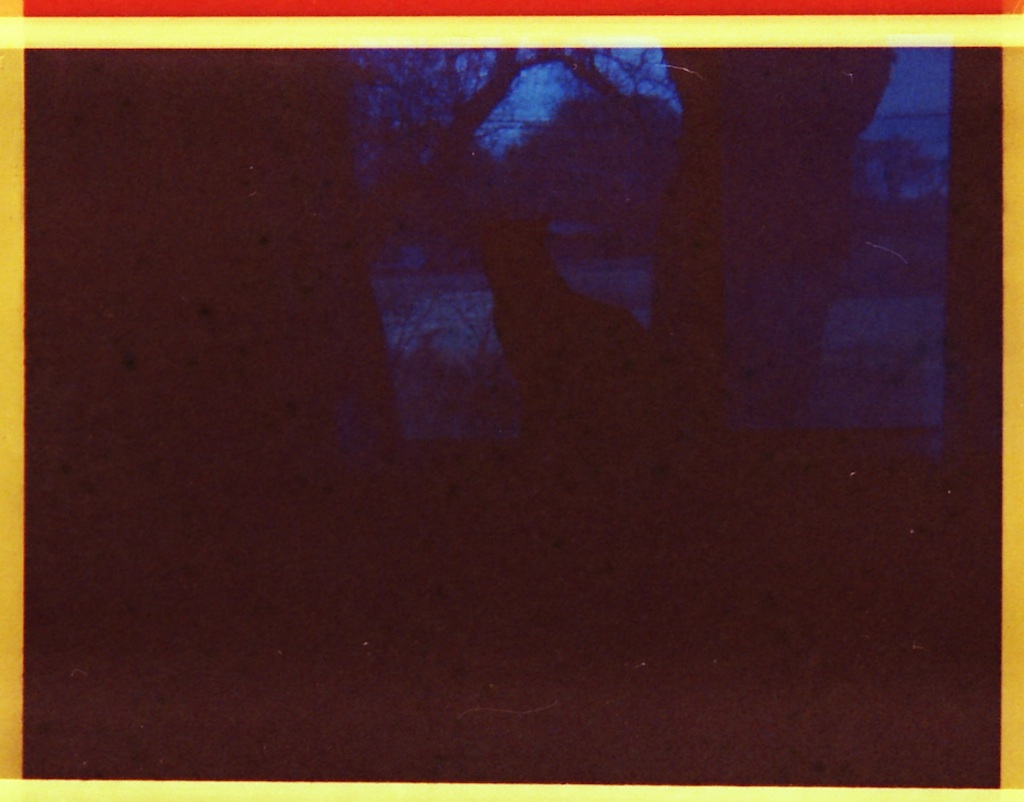 Selecting a wider area gives a better idea of what’s really on the negative.

I do manual versioning when I monkey with images. Sometimes I simplify file names before uploading. The honking file name of the image below gives an idea of the workflow. “Untitled-13b_crop_defuzz_BWurban_autoCont_1024”. “Untitled-” because I’m lazy and let PS name the imports — cameras get their own folders and multiple rolls get folders under that so I don’t need to care about the base file name. The “13” is the order they came off of the scanner and not the actual frame number. That’s something I should change. If I like a frame and want to re-scan at a higher resolution, I have to hold the negs up and find it instead of being able to go right to it in the sleeve. ‘B’ is the 2nd version of the scan. The “_crop” is to remove scanner margin. The software usually gets 35mm and 120 right so it’s not always there. If I crop again for aesthetics, there will be another “_crop”. “_defuzz” is the version after dust and cat hair cleanup. Canon’s FARE usually makes things worse so I don’t use it. “_BWurban” is convert to black & white using the “Urban/Snapshots” preset. “_autoCont” is PS’s automatic contrast correction. I tried a bunch of manual tweaks but I liked it better. Finally, “_1024” is resizing to 1024 on the longest side for upload. Frequently, I’ll use a percent instead and that looks like “_30pct”. 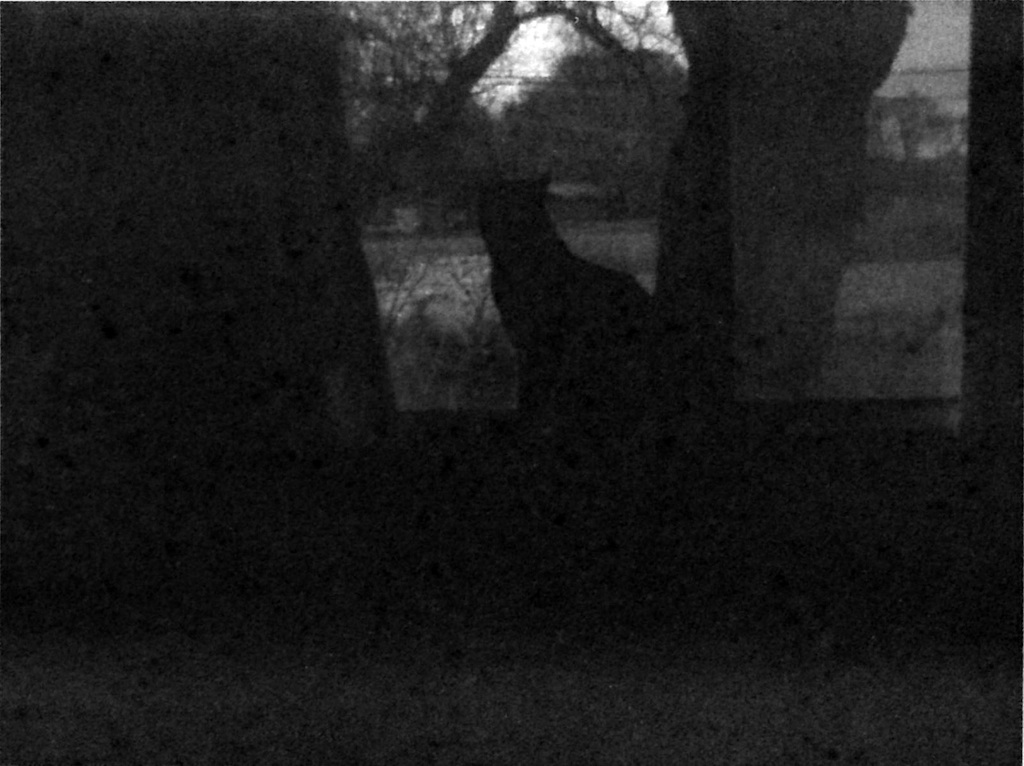 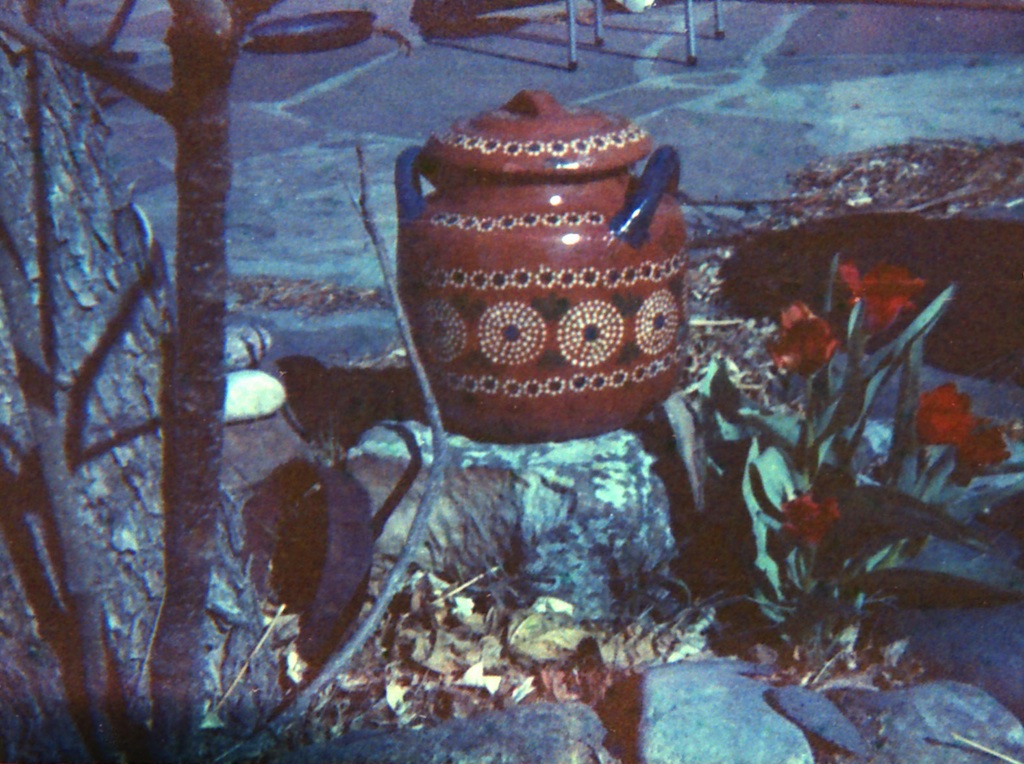 In the video but I really like it and I didn’t have to dork with it.

I’ve been meaning to talk about workflow and it’s a really simple camera so there wasn’t a lot to say about it. My Polaroid project has hit a big snag too so I needed to step away from it for a while. That’s the nice way of saying PROCRASTINATION!

Got my film back early so I’ll post a little early. Processing and scanning by thedarkroom.com. No one processes C-41 110 film locally.

I’m lucky. I have The Camera Shop Of Santa Fe, Visions Photo Lab, and my local Walgreens still does C-41 35mm processing.

I scaled these to 1024 on the longest side thinking I’d need a lot of noise reduction (still using the trial of Neat Image) but a little dust cleanup is all they needed. 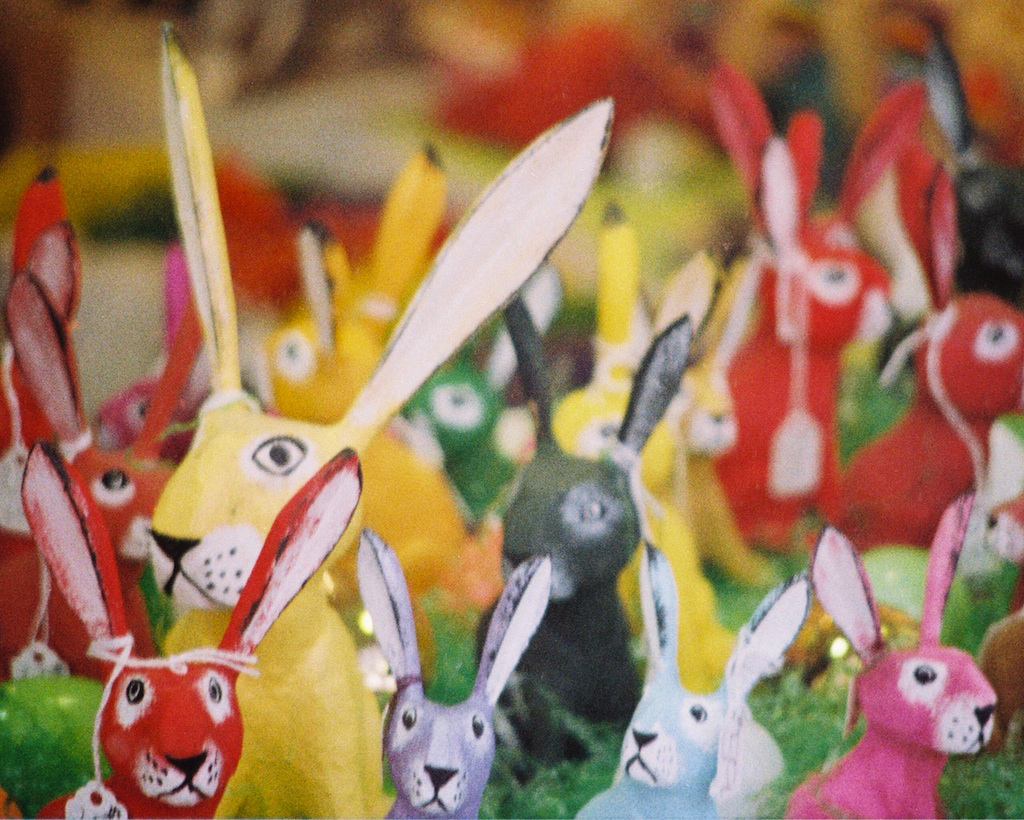 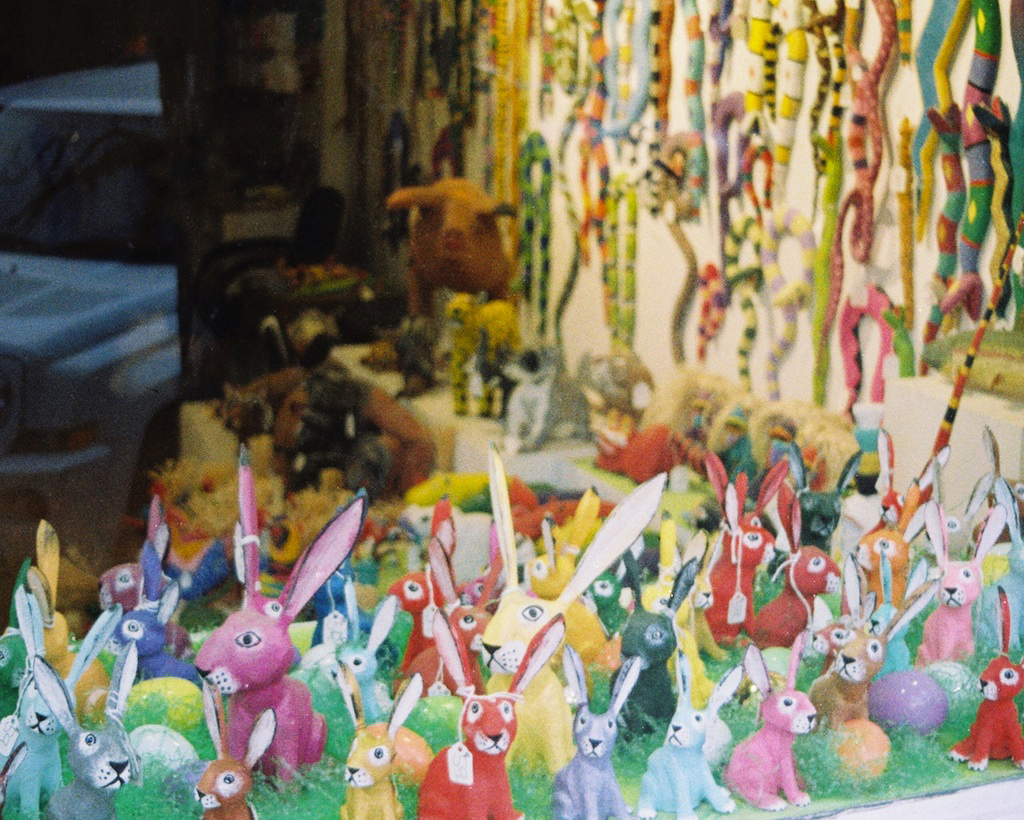 Another one. The crazy colors and shapes of Mexican folk art are great. 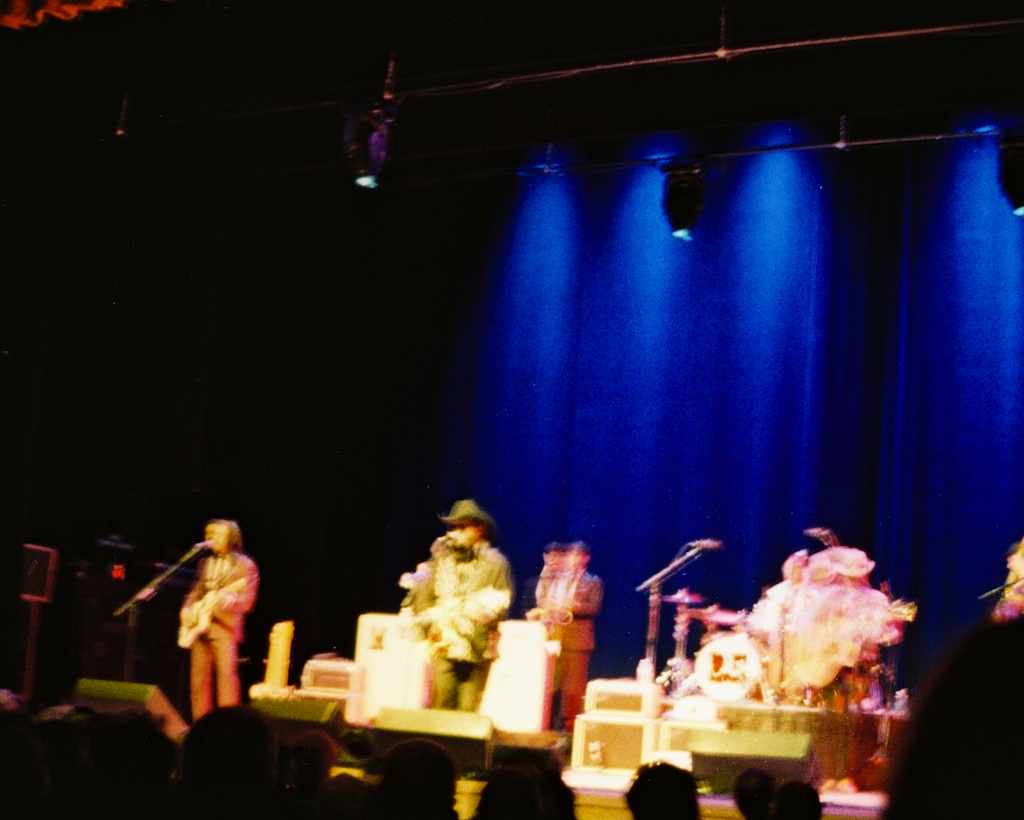 The Mavericks at the Lensic. 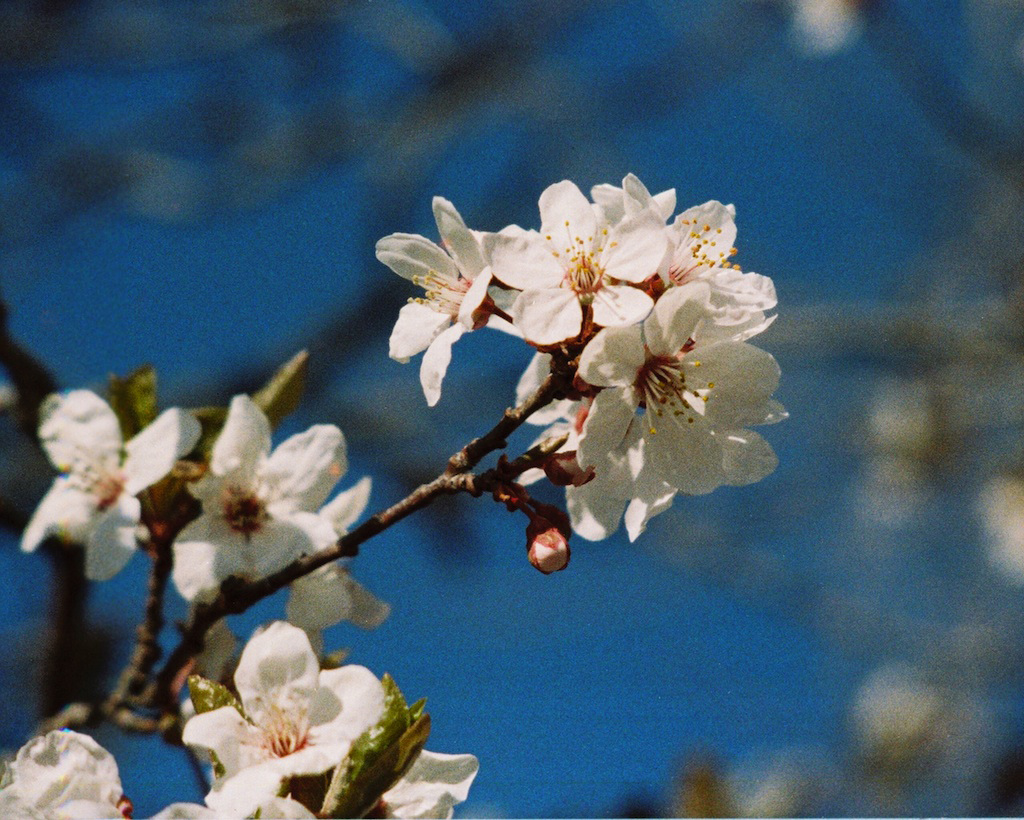 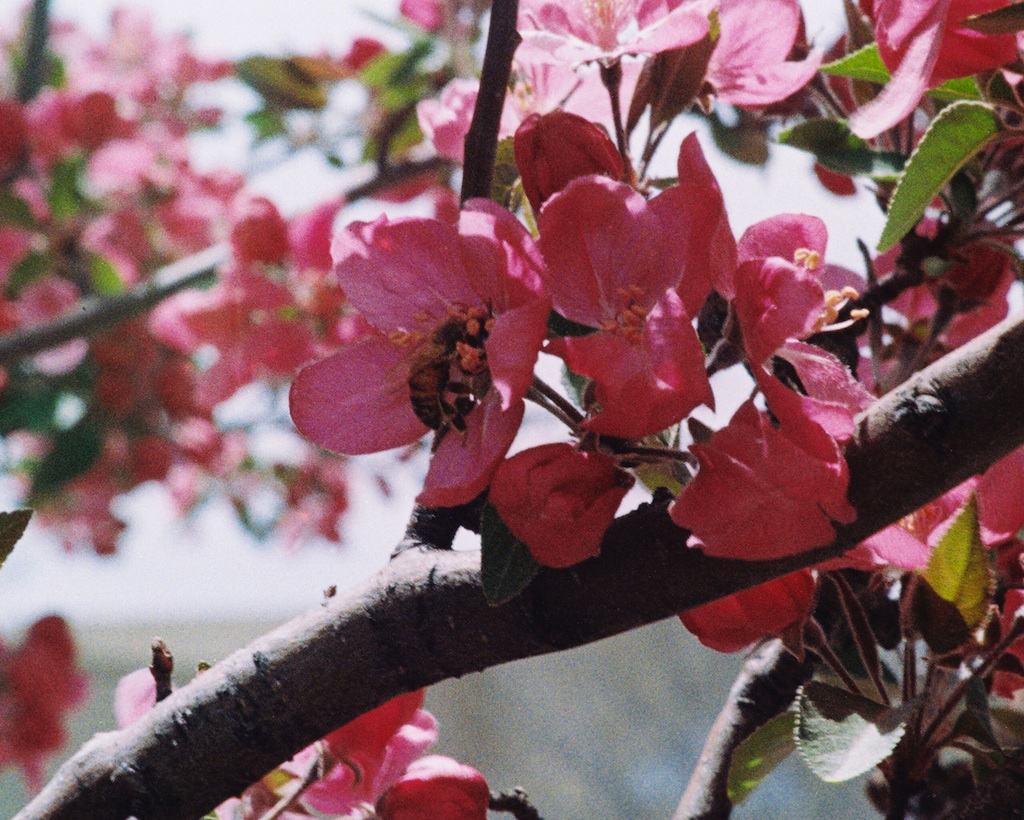 This really is too good a camera for 110 film. Even with my limited skills and the tiny negatives I’m really happy with the results.