I’ll start with an image that’s in the video. I just metered the scene without compensating for the strong back light. This is what I got: 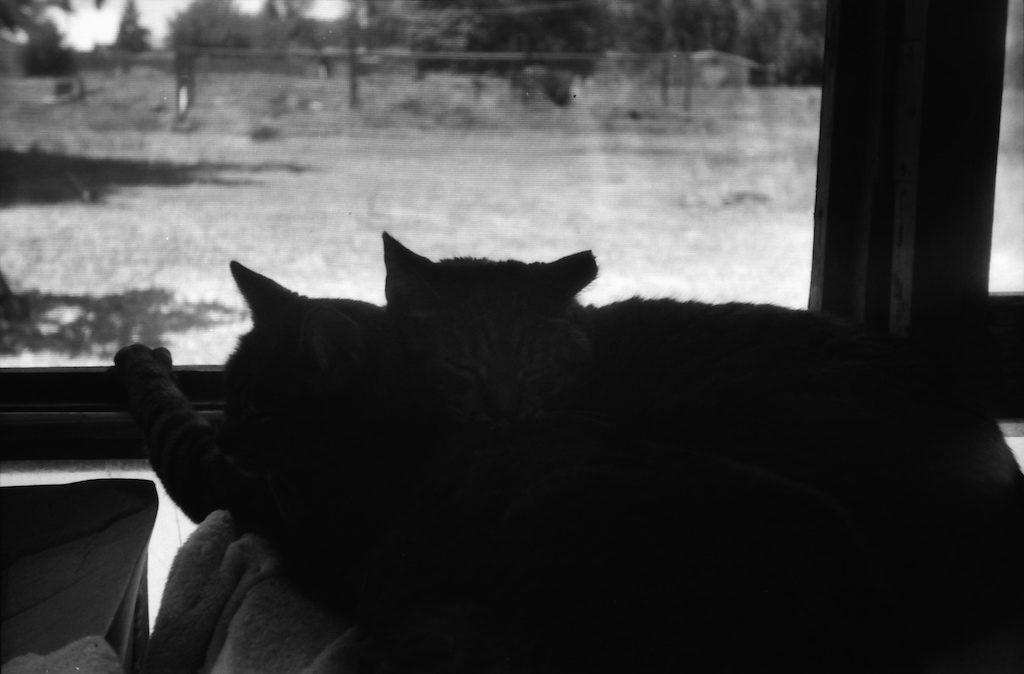 Using the scanner adjustment to compensate. I can see them but the background is brighter (don’t care) and they look hazy (do care). This is the result: 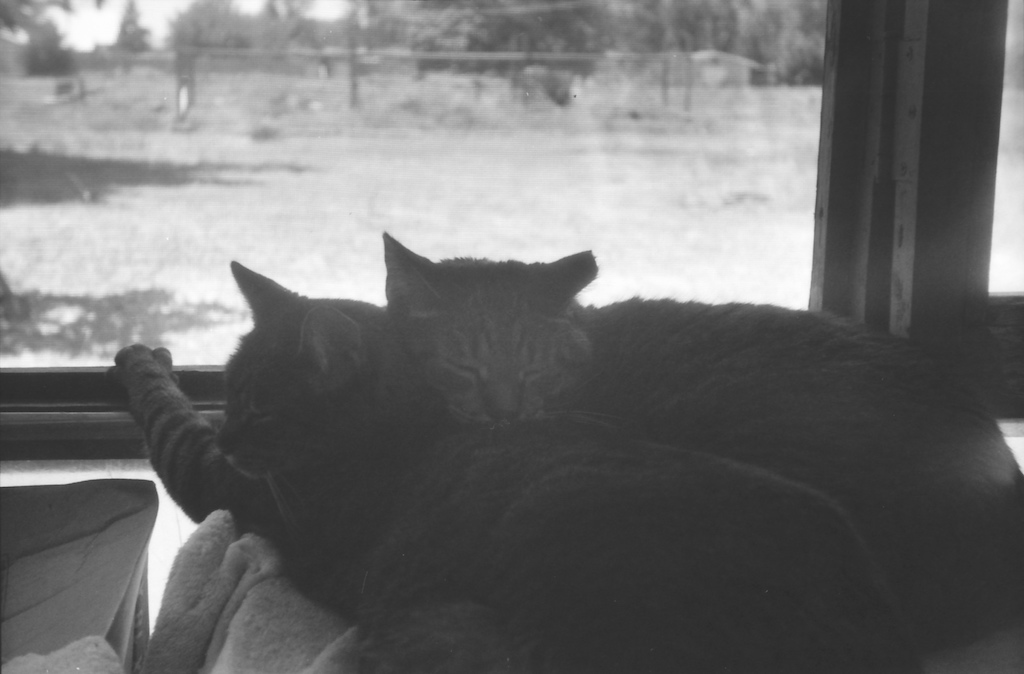 I tried the Photoshop merge, the same wizard that let’s you create a panorama. It did not cover itself in glory. Several manual variations later, I came up with this: 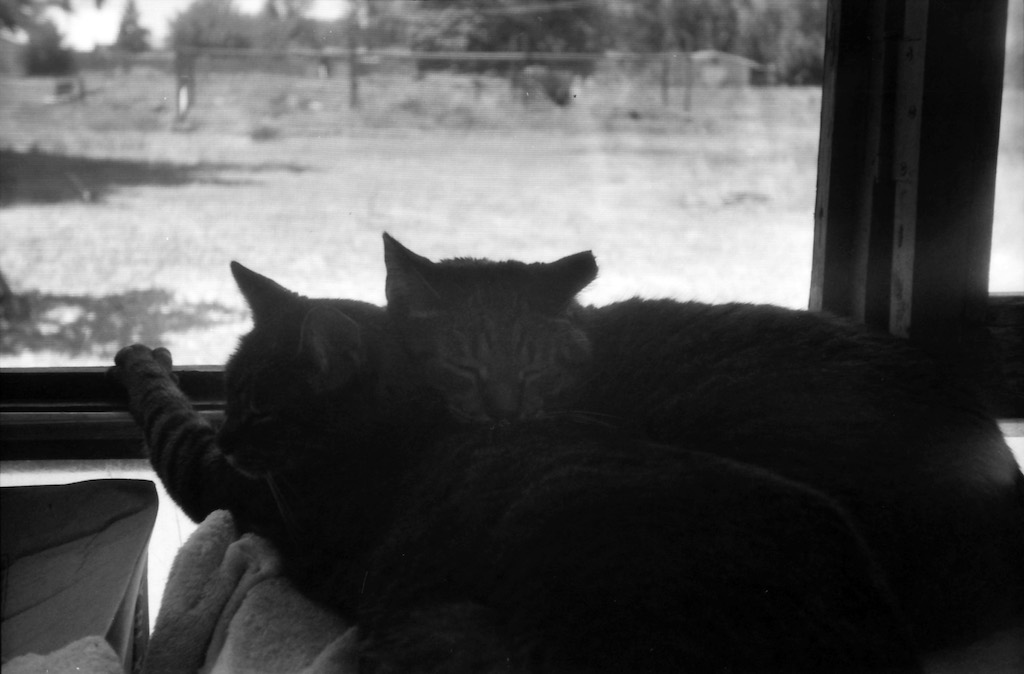 Stacked the images as layers and played with transparency. Then used the levels setting in Preview.

I may be able to get something better using layers with a selective erase (I got better results putting the darker layer one top and varying the transparency, which seems counter-intuitive to me) but I’m not sure it won’t look like modern HDR-that-doesn’t-look-real images. 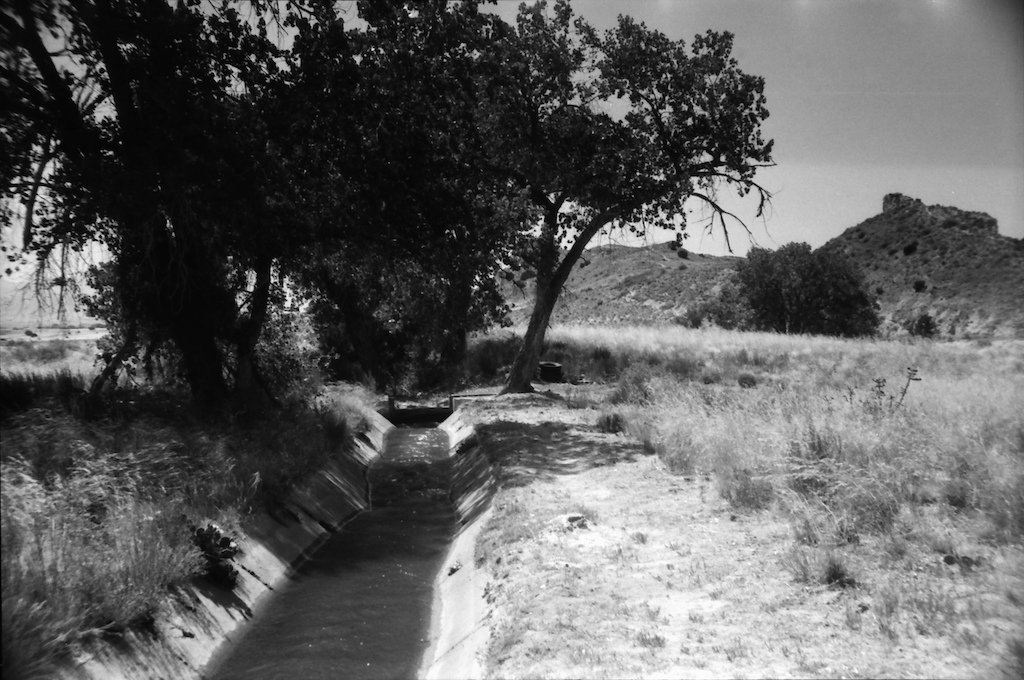 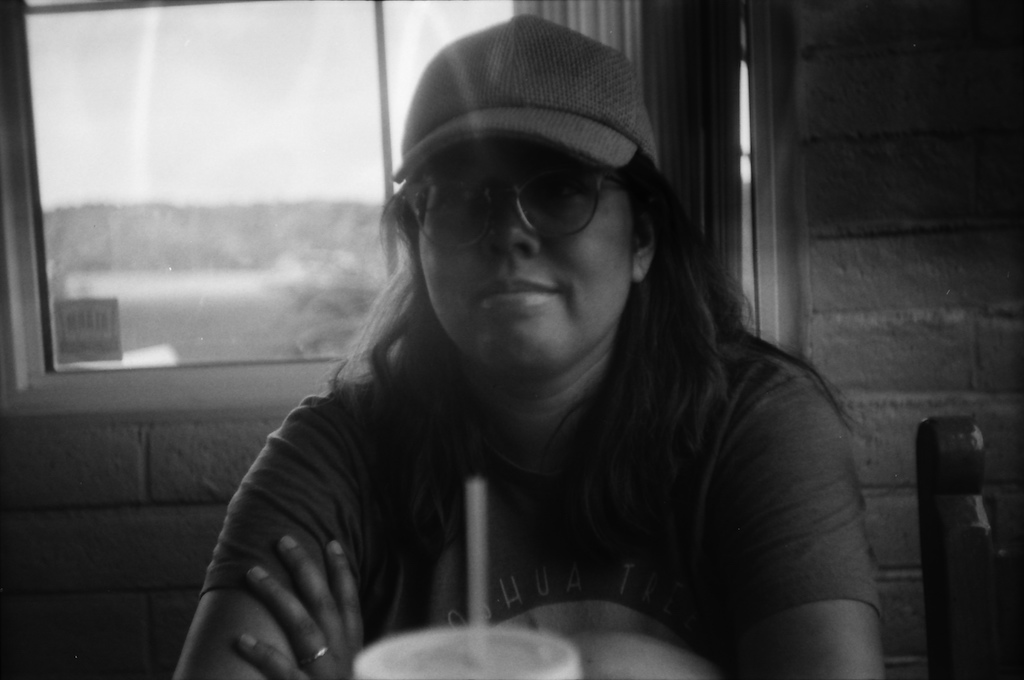 I have a scanner-brightened version of this too but I haven’t tried exposure stacking. 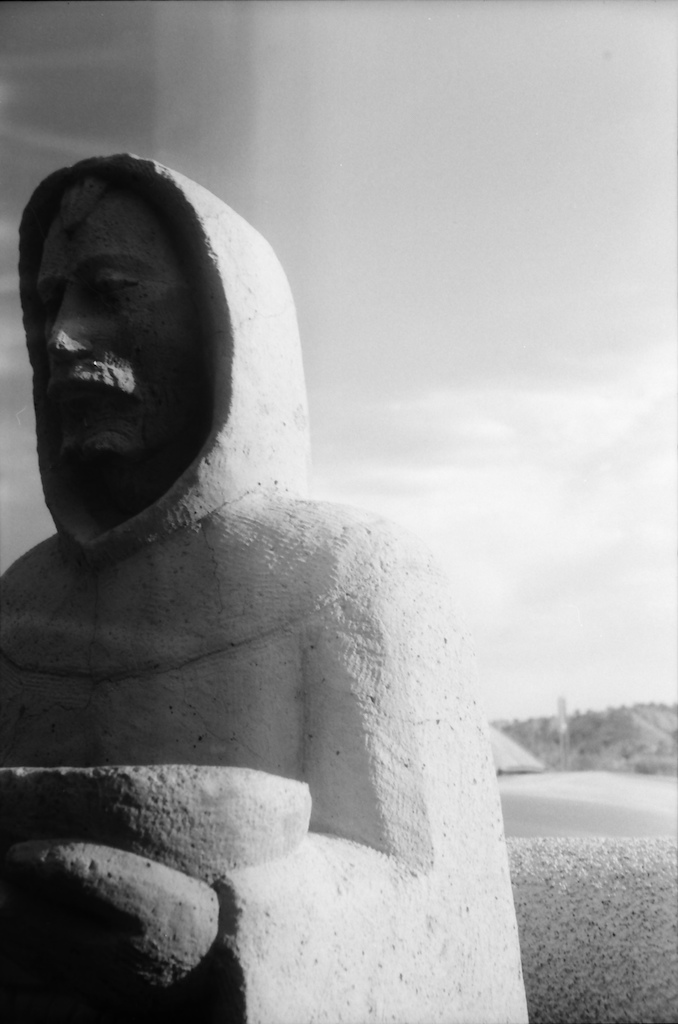 I was trying to avoid cars in the frame and ended up with “Ladies & Gentlemen, St. Francis has left the building”.