With the broken rollers and pinholes in the bellows, I felt like this camera didn’t get a fair shake. This will probably make more sense if you see the original post first.

I had some unopened film in the freezer… 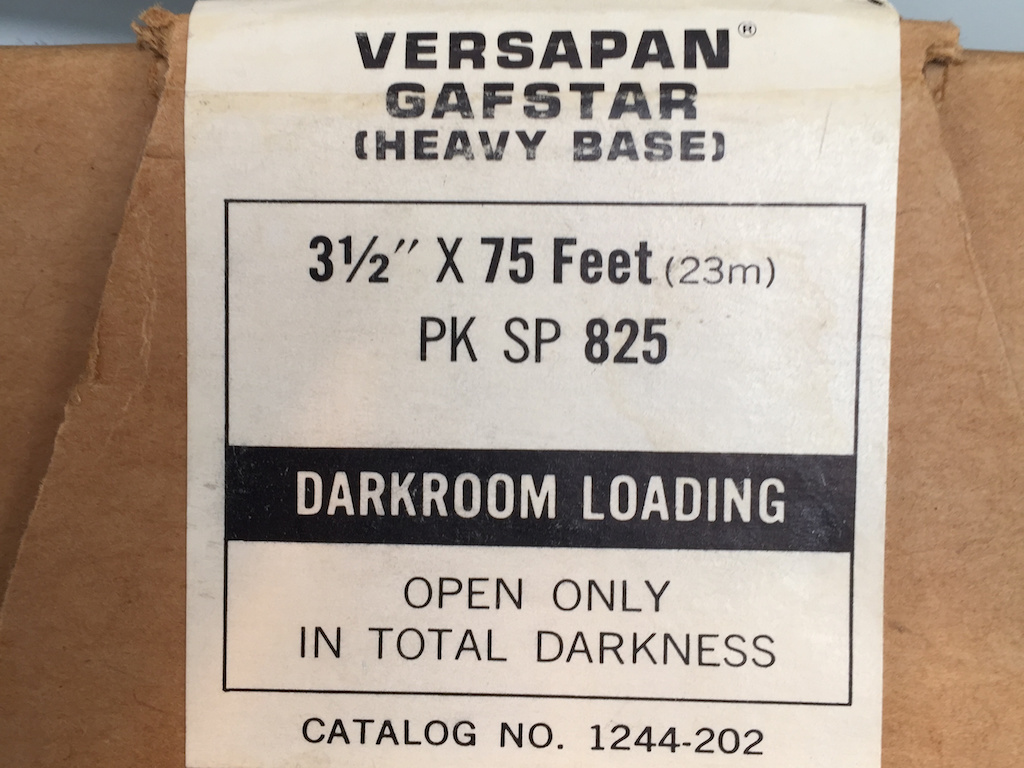 VERSAPAN GAFSTAR – not kidding about the heavy base. This stuff is thick. 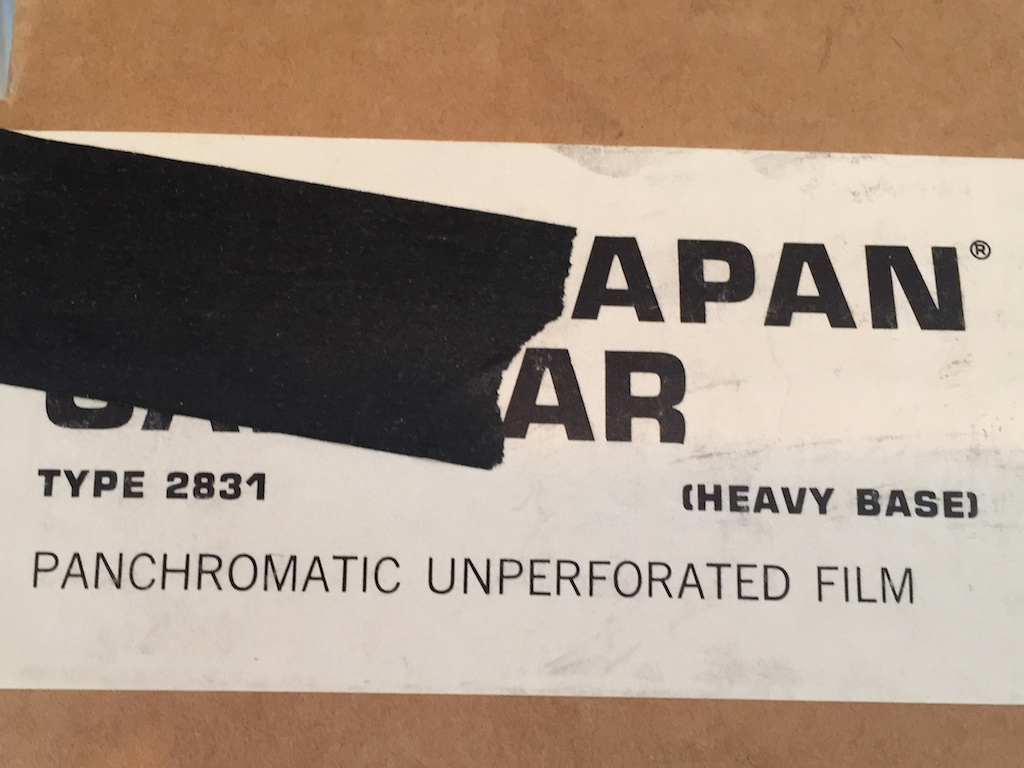 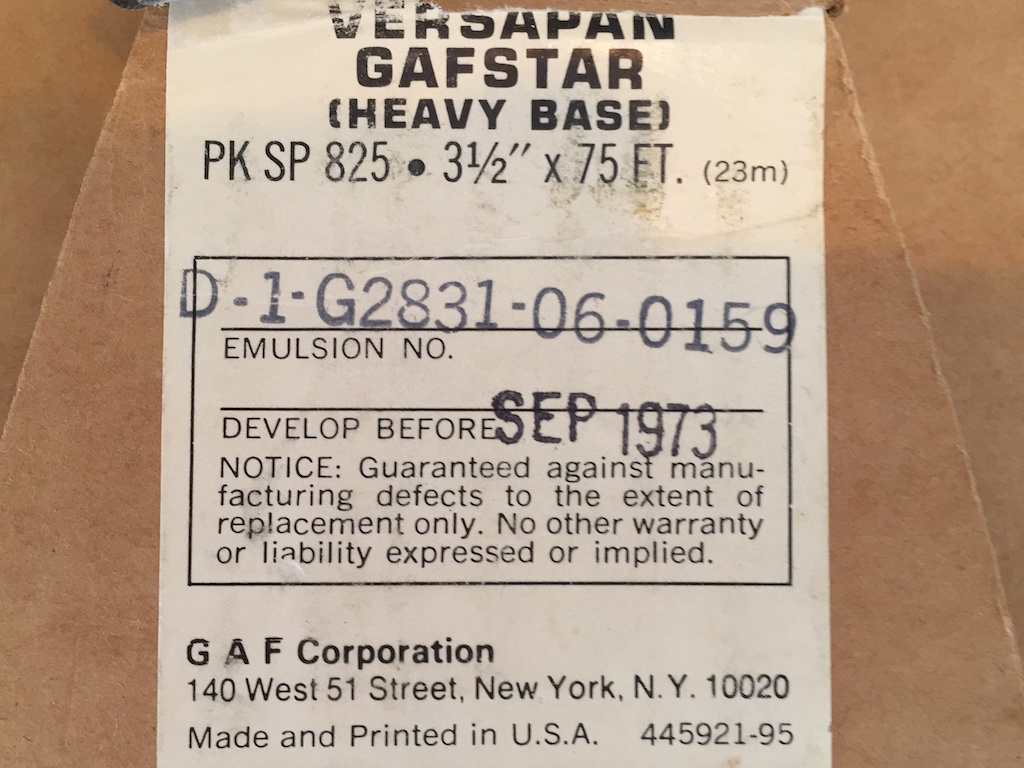 100 pack film is 3.25×4.25 inches so this is a little too tall to fit in a film pack. I trimmed it in the dark bag. My cutter won’t fit in the bag so I used scissors. It came out as an irregular quadrilateral rather than a rectangle but it fit.

I haven’t repaired the bellows so I wrapped it, similar to the job on the Kodak Six-20. 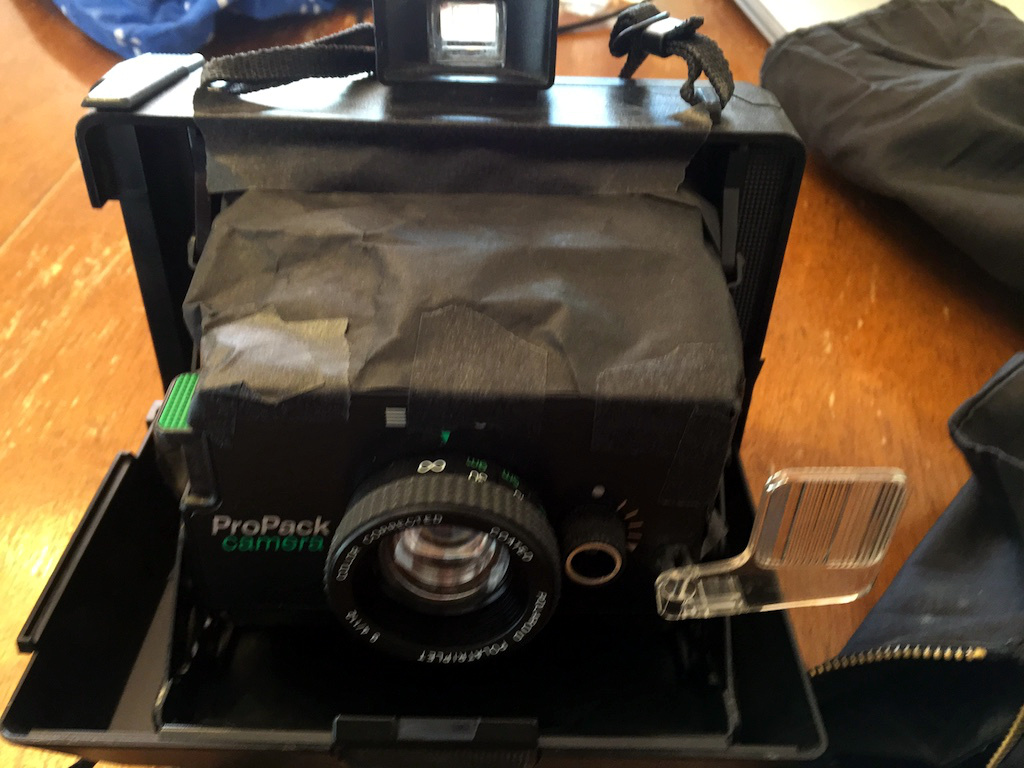 The paper that was around the film roll and black console tape. 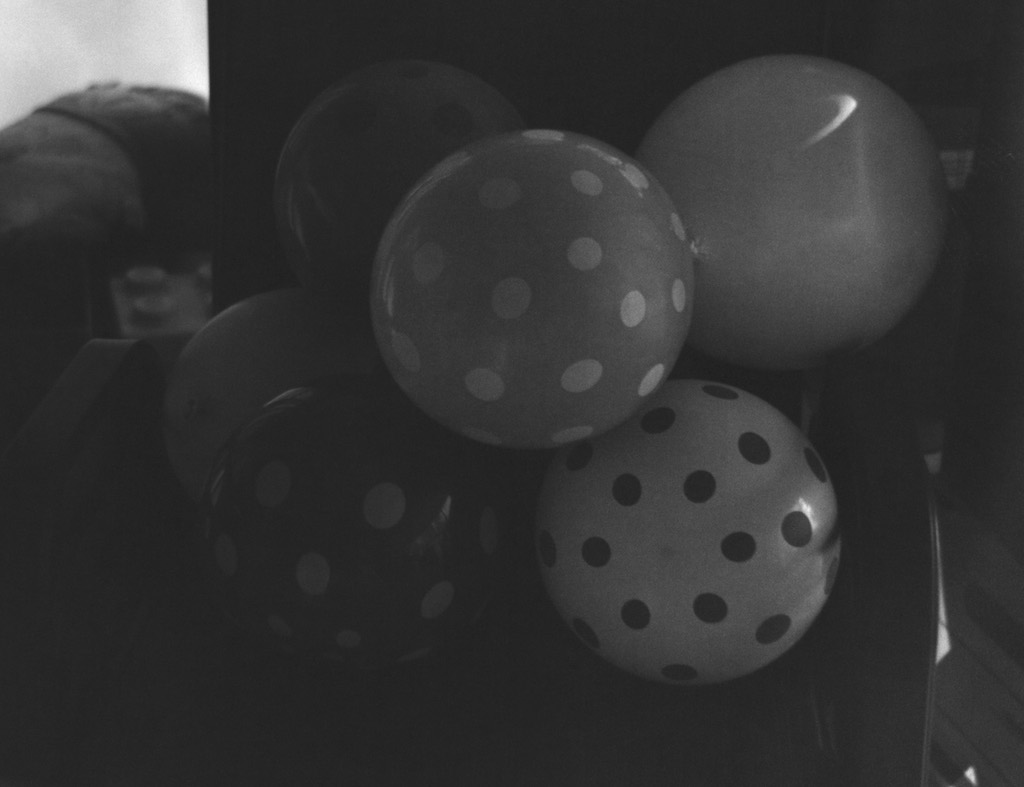 The setting for original pack film on the camera is ISO 80 but Fujifilm FP100-C works without adjustment. From what I can find (not much) the GAF Versapan was ISO 125 when new. I’ve had it frozen but I don’t know its history so I figured it lost some speed. I got it backwards in my head and adjusted the Polaroid’s exposure dial to darken about 1/2 click. It is a bit dark but I didn’t have to do much post-processing, just cropping and dust cleanup, so I think this film is still ISO 100-ish. Developed for 5 minutes in HC-110 dilution B (1+31). I’ll have to do more testing. Now that I know it works and have a rough idea of speed, I can make 116 film and use some more ancient cameras!