No more images for now. I only had 7 in the pack and 4 are in the video. 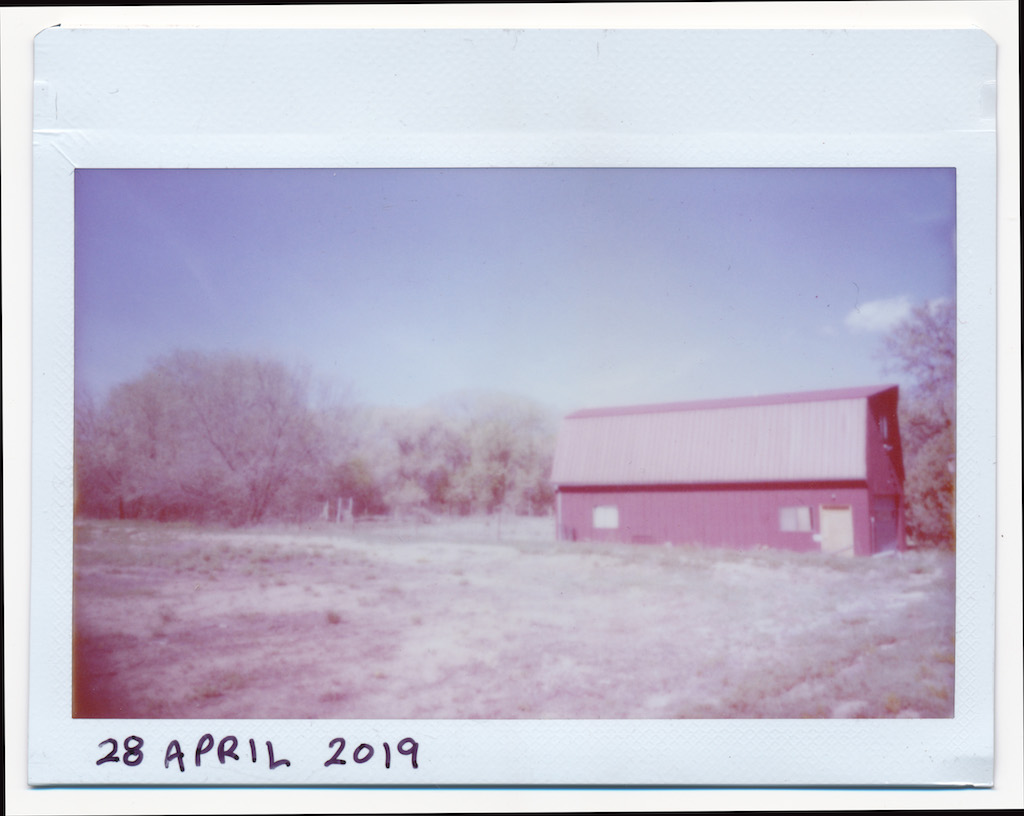 Not a lot to show. I had the Instax and 4 sheets in the holders, one of which became this… 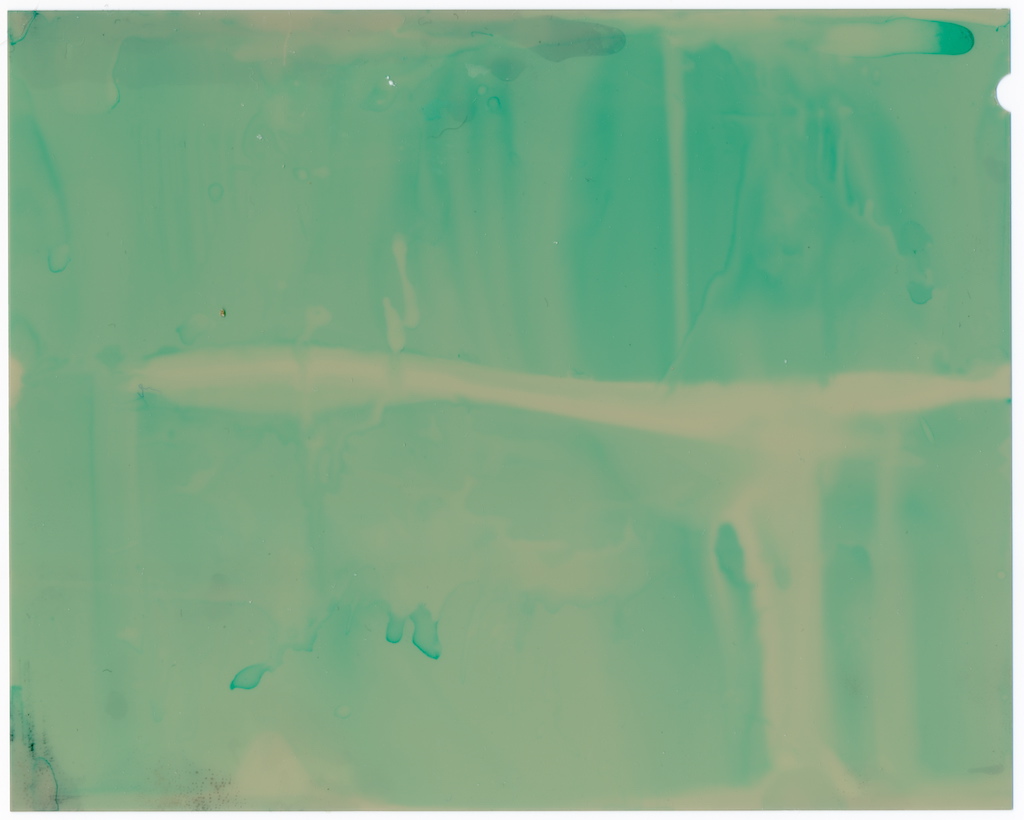 Normally, it’s solid green. I played with it after seeing the color of the rinse water.

Not news to anyone familiar with large format (I’m not) but the notch is so you know which way is which in the dark. When the notch is on top, at the right, the emulsion is facing you. In the above image, you’re looking at the backing.

I actually have a 4X5 developing tank. I got it when I bought most of a darkroom from a guy in Santa Fe. He’s getting out of film photography to concentrate on restoring an old Lotus. Sometimes you have to choose and whichever passion is pulling you the strongest wins. Any way, it’s cool but it’s made to do a bunch of sheets at once and it takes a LOT of chemicals. So, I used the “taco” method to develop. You fold, well, gently bend, and put a hair tie around the film to keep it from coming undone. The Yankee tank I usually use wasn’t quite deep enough but I also got a Paterson from the same guy and it clears the 4″ height of the negatives. No reels but you have to keep in the center cylinder so it’s light tight. You can squeeze in 4 tacos but I only had the three to develop. 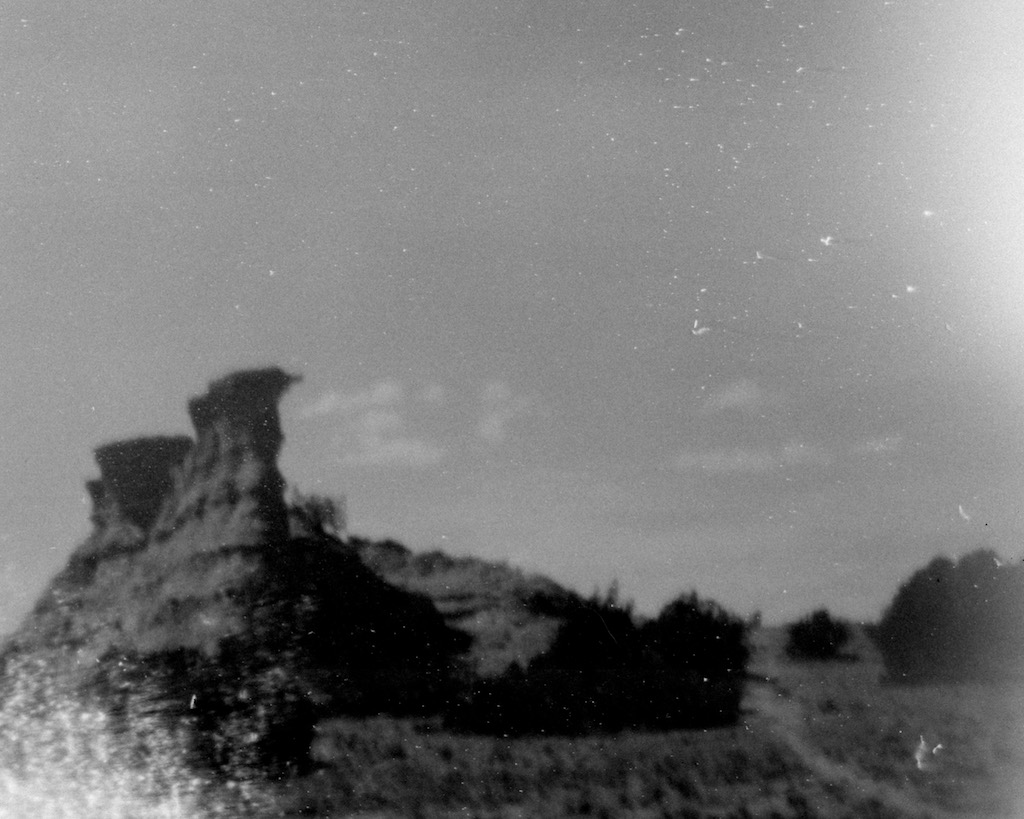 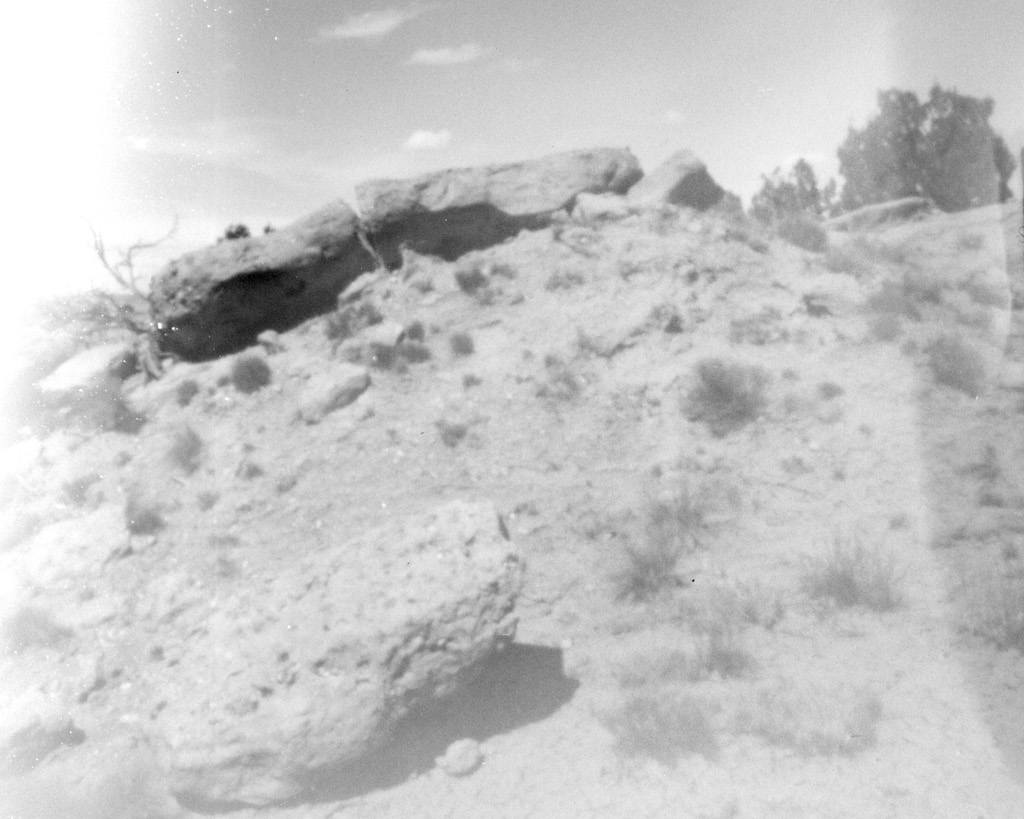 More rocks. I lost a lot of the image to a light leak. 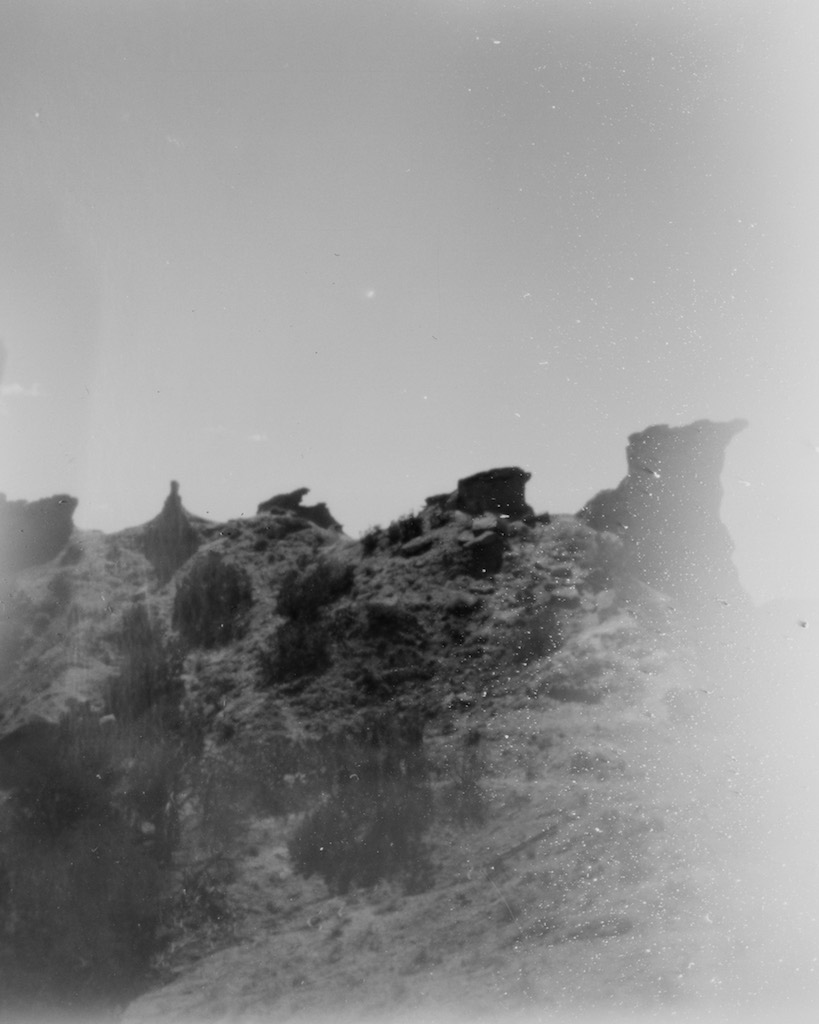 This one really is portrait format – I tilted the ball head on the tripod all the way over.

I’m nearly caught up! Well, I have to scan two rolls and develop and scan another but that’s pretty close to caught up.