I forgot to mention that Worldwide Pinhole Photography Day is coming up 26 April 2020 and for the month of April 2020, Nikon is offering online courses for free.

As far as treating this like an experiment, I did pretty much everything wrong. I had nothing but variables.

I used a camera I’d never used before.

It was loaded with unknown el-cheapo 400 film that came with the camera. The label, including the DX coding, was a sticker. It wasn’t even Lomo-branded, just a sticker.

Just to be a complete fool, I used a reel and tank I’d never used before too. It’s a Paterson set I got from Goodwill. The plastic reel is almost the same as the Yankee I used for the 120 B&W but I had a heck of a time getting it loaded in the dark bag. And, of course, the tank lid leaked like a $#@! when I inverted it.

I also ignored the camera manual where it says not to bother using it indoors. I tried to catch the cats in action in the house and got a whole lot of nothing.

Astonishingly, I got 11 frames with something on them. Eight of them are even reasonably well exposed.

Here are three with a wee bit of visual interest. 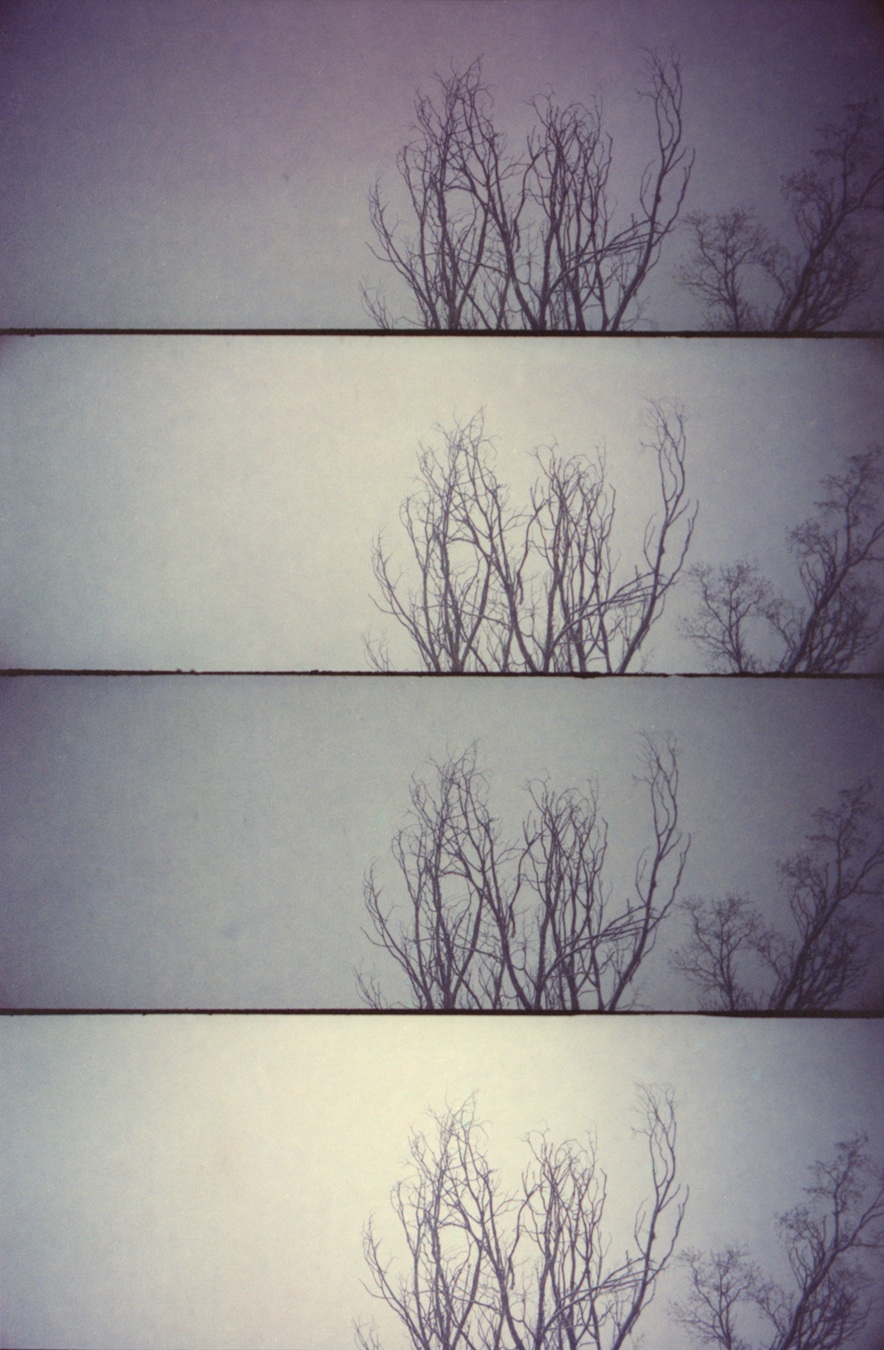 A bird was flying by but I was too slow on the draw. I like the trees any way. 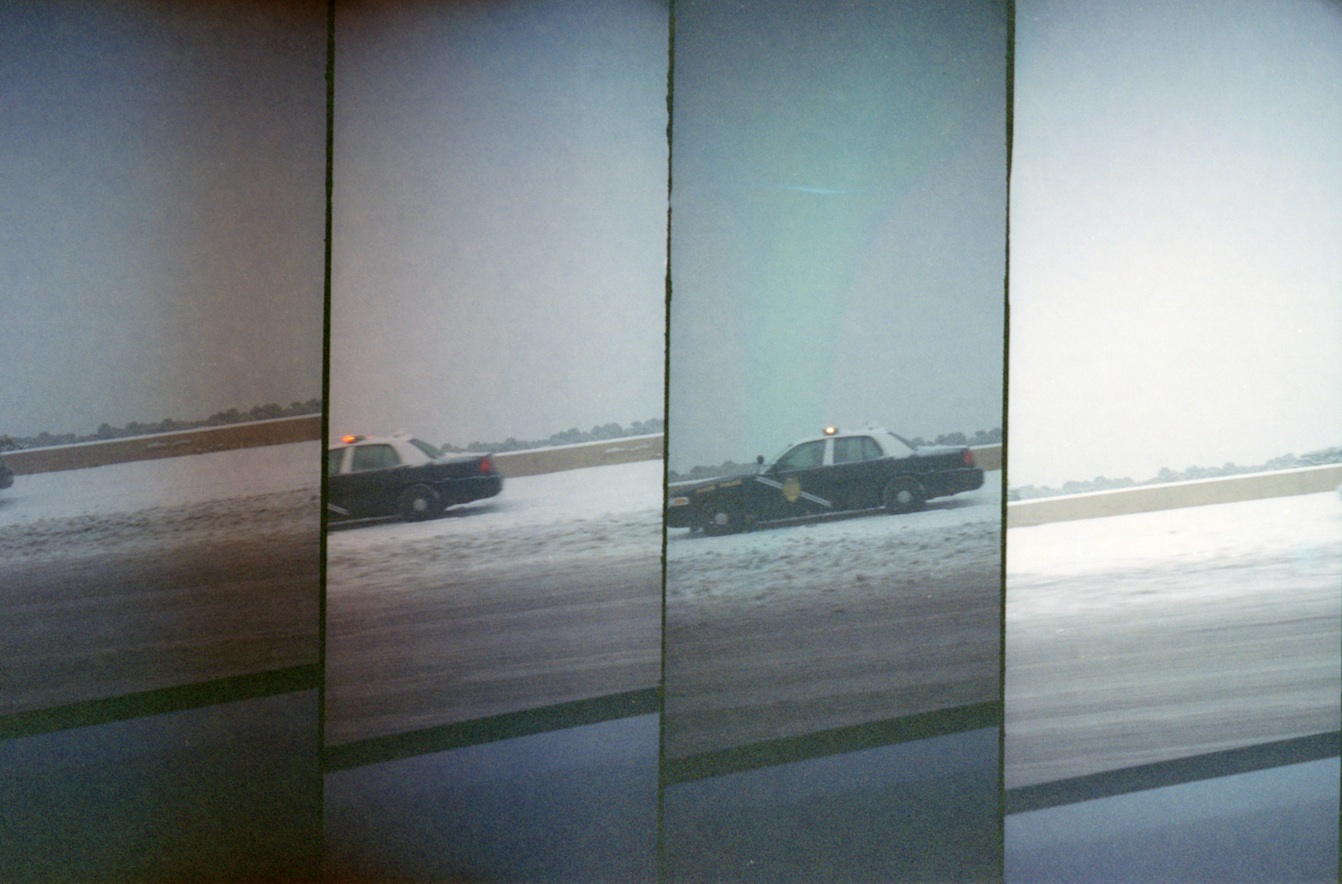 He’s not driving backwards — I stuck the camera out the window as I passed. 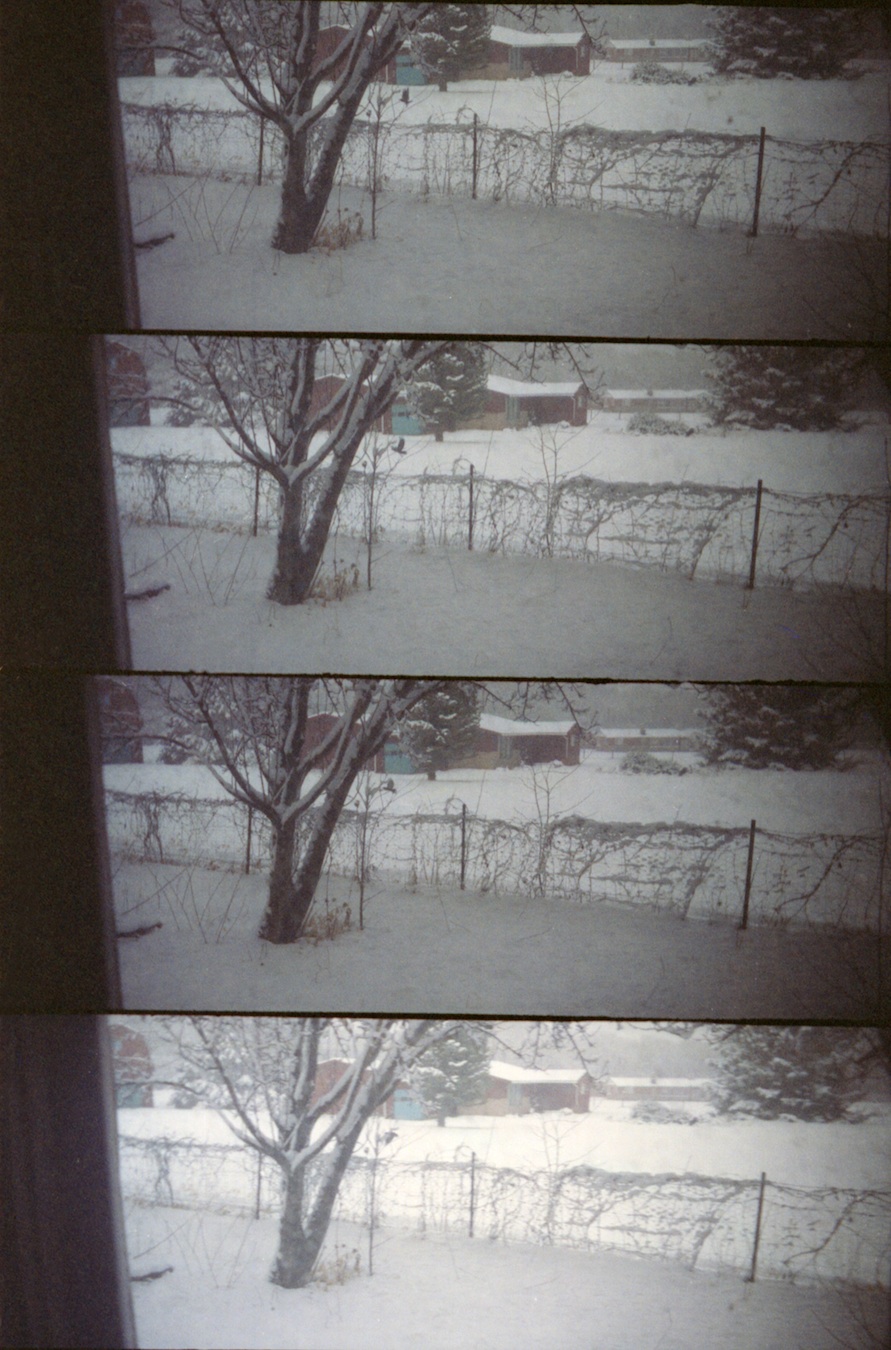 Next door raven shot through the living room window.

Some crops from the raven photo. 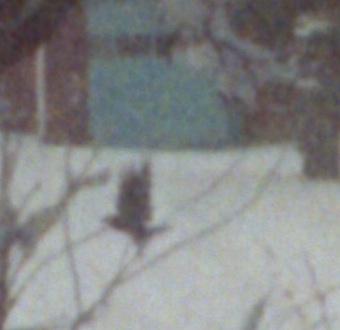 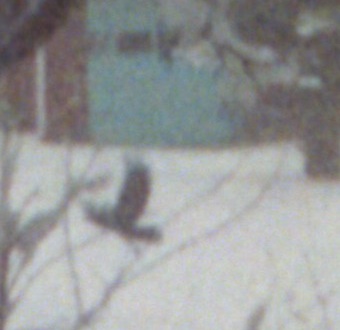 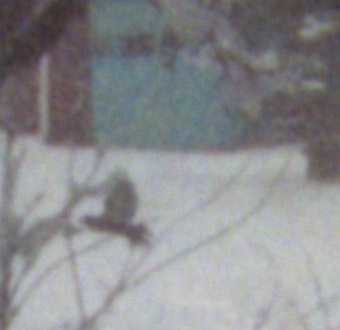 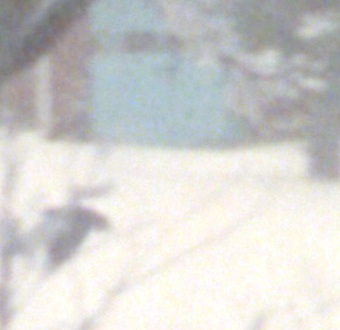 There is a lot of exposure variation from lens to lens but that’s part of the adventure with strange, cheap cameras. It’s a lot of fun to use so we’re already burning through another roll. Negatives scanned at 4800DPI on a Canoscan 9000f and resized for upload. Straightened, cropped, and a small color tweak in Photoshop.


Processing notes:
Based on what I’ve learned from processing this roll, the next one will get a rinse between the developer and blix. I’ll also do a post-stabilizer rinse and Photoflo — there were a lot of water spots. I’ll practice with the Paterson reel and use the Yankee if it’s hosed. I may use the Yankee tank any way since it doesn’t leak. I need to get some small containers so it’s easier to keep track of the age of the chemicals.