I’ve had an Apple Quicktake 200 for a while but I never had media. It takes 5V Smartmedia. I scored another camera and this one had two memory cards with it. The camera isn’t working but it had some test shots on the cards. 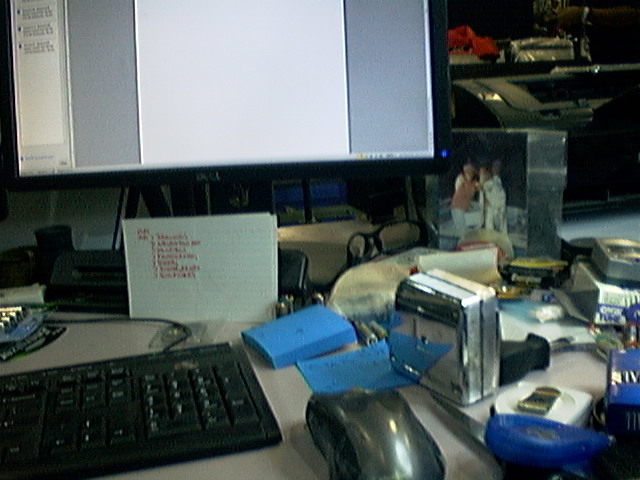 Messy desk. I can relate. 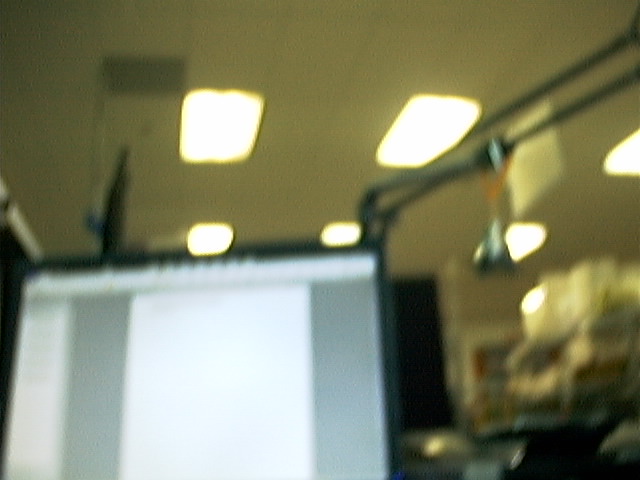 It looks like someone was just testing the camera, cards, or both. 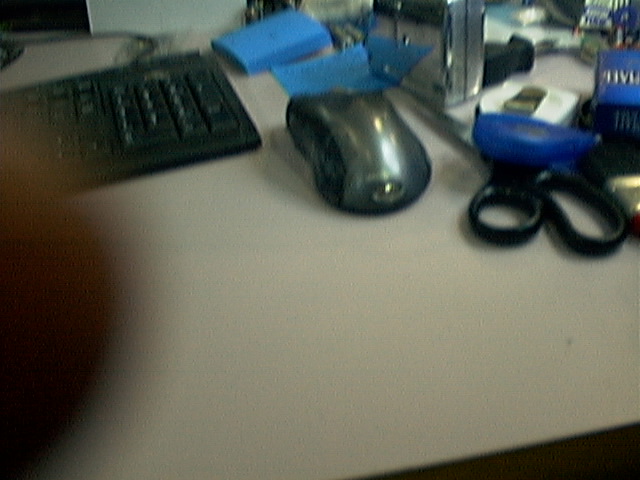 A mouse and a bit of a finger over the lens. 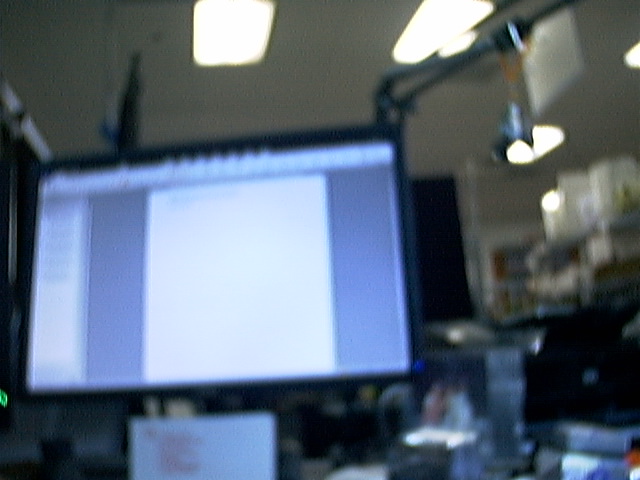 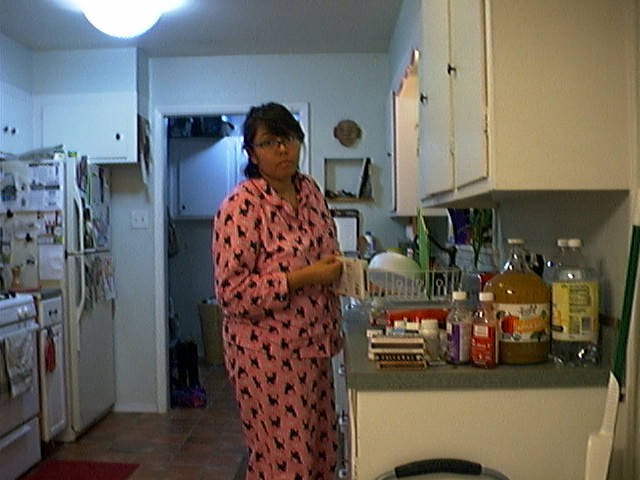 My sweetie in her cat PJs. I don’t think she believed it would work.

People are asking, and getting, $50-75 USD for a 2MB card. 4MB cards fetch around $100. Old Boss and Roland synthesizers need them so demand is still high. 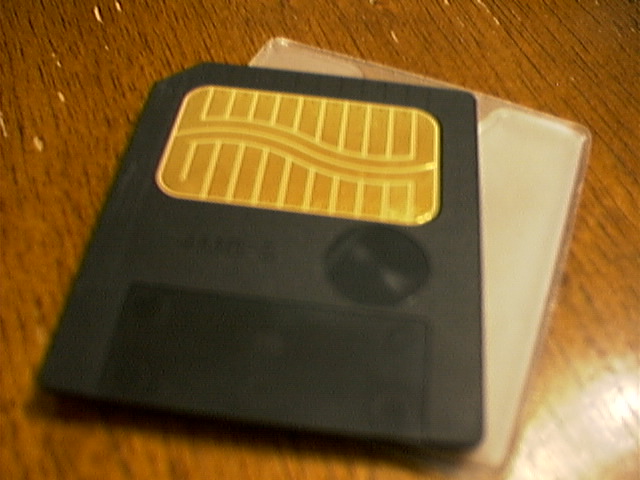 Like finding Bigfoot to score these babies. Notch on the left = 5V.

I have a USB reader that can theoretically work with 5V Smartmedia. I haven’t found working drivers yet. I used a Fujifilm Floppy disk adapter FD-A1S to transfer these. I’ll do a proper write up when the camera is featured on 52 Cameras.